Criminal defense lawyer, Michael Waddington, discusses Histrionic Personality disorder and its relationship to FALSE allegations of rape sexual assault, child abuse, domestic violence, military sexual assault, intimate partner violence, and what you should do if you or a loved one are wrongly accused of sexual assault or rape. The video also discusses the psychological effects of false accusations in a relationship. 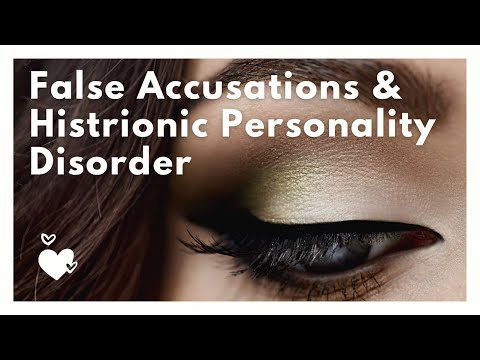 0:49 – What is Histrionic personality disorder

1:22 – HPD criteria 1 – Uncomfortable when not the center of attention

16:28 – HPD criteria 8 – Considers relationships more intimate than they are

Per DSM-5 criteria, a diagnosis of a histrionic personality disorder requires a pervasive and ubiquitous pattern of consistent attention-seeking behaviors and emotional dysregulation as outlined by specific manifestations.

Diagnosis requires meeting five (or more) of the following criteria:

These patients take repression and dissociation as a significant form of defense mechanism.

A person with a histrionic personality disorder might also:

These vague symptoms below of Military Sexual Trauma (MST), as defined by the Department of Veterans Affairs, describe many of the same characteristics as those suffering from Borderline Personality Disorder (BPD) and Histrionic Personality Disorder (HPD). As such, it is easy for a fake victim with BPD or HPD to qualify for VA Disability and early medical retirement for preexisting mental health conditions. All they need to do is add in an unwanted sexual advance, sexual harassment, sexual assault, a butt grab, drunk sex, or sexual comments, and they will likely get a lifetime of free benefits.

They may be vibrant, enchanting, overly seductive, or inappropriately sexual with most of the people they meet, even when they are not sexually attracted to them.

Infographic on Military Sexual Trauma MST-VA Disability for Military Sexual Assault PTSD
People presenting with a histrionic personality disorder (HPD) may demonstrate rapidly shifting and shallow emotions that others may perceive as insincere.

Those with a histrionic personality disorder may speak in a vague style that lacks in detail. They may be impressionable, gullible, suggestible, and easily influenced–especially by the people they admire. They tend to consider relationships closer than they usually are.