Sexual Assault in the Military

In July, the Independent Review Commission, created by Defense Secretary Lloyd Austin, released its final report recommending reforms for 27 more. President Biden reaffirmed that his administration would work with Congress to implement them by calling for “concrete action to change the way we handle sexual assault on military personnel” and ensuring that the issue should not be trivialized or dismissed. Congress’s attention focused on the part of the independent commission of inquiry into sexual assault in the military, a 300-page report in which members of the commission said implementation of other recommendations on the military’s response to sexual assault and harassment had stalled. In addition, the House Armed Services Committee is considering proposals to add sexual assault (and other serious crimes) to the chain of command. Still, a specific hearing by the committee on changes in the military justice system and the NDAA is not yet scheduled, according to Jackie Speier’s office, which chairs the military personnel subcommittee. 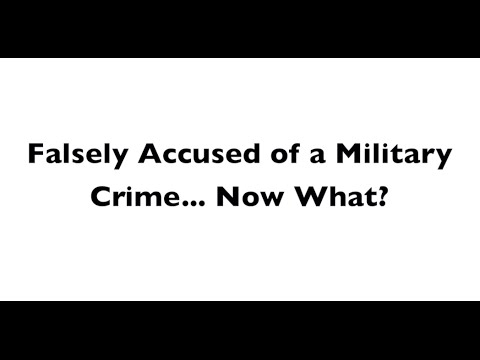 Report on the Caring for Victims of Sexual Assault

In the 2004 Task Force Report on the Caring for Victims of Sexual Assault, the Department of Defense made recommendations for systematic changes to improve the response to people experiencing sexual assault in the DoD and the care provided to victims of sexual assault. For example, the commission recommended that sexual assault response coordinators and victims’ lawyers be moved to the command structure, where they can make independent recommendations to commanders on what type of services and support victims need. The Army has taken steps to implement some of the findings and recommendations of the FHIRC. For example, it is restructuring the Army’s Combating Crime Command (CID) and redesigning the Sexual Harassment and Assault Program (SHARP).

Sexual harassment and assault in the military are at the forefront of discussion for years. As a result, the military is trying to address these issues and make it easier and safer for victims to report cases. For example, a new Army directive improves the issuance of military protection orders to victims of sexual assault. Further, it clarifies timetables for updating victims on the status of their cases. In addition, it changes the investigative process for sexual harassment complaints to move from being investigated by an officer in a brigade-sized unit to being subject of the assigned investigation. The new report, compiled from RAND and DoD data from surveys of army soldiers between 2014 and 2018, is one of a kind. The report compiled from the risk of sexual assault and sexual assault in the Army provides leaders with more information to understand how installation, unit, military, and occupational specializations affect soldiers’ risk from sexual harassment and sexual assault.

According to Col. Don Christensen, a retired Air Force prosecutor and president of Protect Our Defenders, a policy and legal advocacy organization for victims of sexual assault in the military, the estimated rate of sexual assault and rape is at its highest level since 2006. The DoD notes that sexual assault remains an under-reported crime among civilian and military populations. The number of service members who have been sexually abused is higher than reported.

At a press conference for November 2011 introducing legislation to combat sexual assault in the US military, Republican Jackie Speier said that 90% of 13 victims of sexual assault reporting crimes against them had been released. An independent review of military sexual assault handling concluded that the military should train commanders to prevent what officials call the “daily acts of degrading language and sexual harassment” experienced by younger recruits in the workplace. A provision of the 2004 National Defense Authorization Act requires investigations and reports of sexual harassment and assault at the US Military Academy.

The legal obligation to participate in military justice has proven to be a significant deterrent to service members reporting crimes of sexual violence. He pointed out that when a victim reports sexual assault to his chain of command, the commander is obliged to report the incident to NCIS (Naval Criminal Investigative Service) and request assistance from the local SARC (Sexual Assault Response Coordinator).

Anne Bowman, the deputy commissioner for public affairs of Fort Gordon, said the base had not discussed changes to the response and prevention process to sexual harassment and assault proposed by Gillibrand and others.

The Department of Defense Sexual Assault Prevention and Response Office (SAPRO) serves as a one-stop-shop for the accountability and oversight of programs to enable military readiness and reduce the goal of eliminating sexual assault in the military. It is responsible for publishing Task Force reports on sexual assault in all military services, the last of which was published in 2009. DOD also introduced changes to include sexual harassment offenses in the Uniform Code of Military Justice and created an office within each military department to handle the prosecution of specific crimes under appropriate legal oversight and guidance from the Pentagon.

The ACLU Women’s Rights Project (WRP) and Service Women Action Network have filed a lawsuit with the US Department of Defense and the US Department of Veterans Affairs to obtain and publish records of how these agencies treat and respond to sexual violence in the military.

The women say Guillen’s story is her reminder of how far the military has come in dealing with sexual harassment and assault cases. Protecting Our Defenders has created Know Your Rights to provide comprehensive resources for active and civilian-military sexual violence, sexual harassment, and retaliation victims. The military claims it takes a hard line on sexual violence, but victims are not getting the justice they deserve.