Seizure of Property under Military Law

Overview of seizure of property under the UCMJ

Probable cause to seize.

Probable cause to seize property or evidence exists when there is a reasonable belief that the property or evidence is an unlawful weapon, contraband, evidence of crime, or might be used to resist apprehension or to escape. Mil. R. Evid. 316(b). United States v. Mons , 14 M.J. 575 (N.M.C.M.R. 1982). Probable cause existed to seize bloody clothing cut from accused’s body during emergency room treatment.

If there is no probable cause the seizure is illegal and the evidence seized is suppressed under Mil. R. Evid. 311. I. External Impoundment. Reasonable to secure a room (“freeze the scene”) pending an authorized search to prevent the removal or destruction of evidence. In United States v. Hall , 50 M.J. 247 (C.A.A.F. 1999). But freezing the scene does not mean that investigators have unrestricted authorization to search crime scene without a proper warrant/authorization. See Flippo v. West Virginia , 528 U.S. 11 (1999) (holding that no general crime scene exception exists). J. Seizure (Apprehension) of Persons.

A person must claim that his own expectation of privacy was violated to assert a Fourth Amendment claim. The prosecution is required to disclose evidence seized from an accused prior to arraignment. The prosecution generally has the evidentiary burden (by a preponderance of evidence) that the search/seizure was proper.

General rule. To raise a violation of the Fourth Amendment, the accused’s own constitutional rights must have been violated; he cannot vicariously claim Fourth Amendment violations of the rights of others.

Rakas v. Illinois, 439 U.S. 128, 134 (1978). Police seized sawed-off shotgun and ammunition in illegal search of car. Only owner was allowed to challenge admissibility of evidence seized. Defendant passenger lacked standing to make same challenge. In United States v. Padilla, 508 U.S. 77 (1993). Accused lacked standing to challenge search of auto containing drugs driven by a conspirator in furtherance of the conspiracy, despite accused’s supervisory control over auto. But see Brendlin v. California, 551 U.S. 249 (U.S. 2007). When police make a traffic stop, a passenger in the car, like the driver, is seized for Fourth Amendment purposes and may challenge the stop’s constitutionality. Lack of standing is often analyzed as lack of a reasonable expectation of privacy. See United States v. Padilla, 508 U.S. 77 (1993) and United States v. Salazar, 44 M.J. 464 (C.A.A.F. 1996).

Motions, Burdens of Proof, and Standards of Review.

Prior to arraignment, the prosecution must disclose to the defense all evidence seized from the person or property of the accused that it intends to offer at trial. Mil. R. Evid. 311(d)(1). See Appendix A for sample disclosure.

Motion by the defense.

The defense must raise any motion to suppress evidence based on an improper search or seizure prior to entering a plea. Absent such a motion, the defense may not raise the issue later, unless permitted to do so by the military judge for good cause. Mil. R. Evid. 311(d)(2).

When a motion has been made by the defense, the prosecution has the burden of proving by a preponderance of the evidence that the evidence was not obtained as a result of an unlawful search or seizure or that some other exception applies. Mil. R. Evid. 311(e)(1).

A plea of guilty waives all issues under the Fourth Amendment, whether or not raised prior to the plea. Mil. R. Evid. 311(i). Exception: conditional guilty plea approved by military judge with prior consent from the convening authority. R.C.M. 910(a)(2). 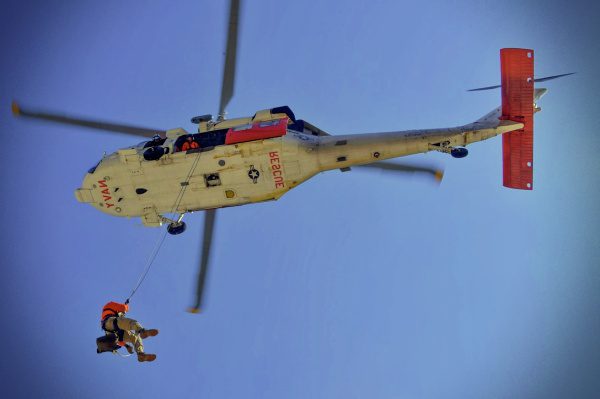 Which law applies — recent constitutional decisions or the Military Rules of Evidence?