Cities in Kentucky where our military defense attorneys represent service members at court martial and in administrative separations:

Fort Campbell is an Army post located along the Hopskinville, Kentucky and Clarksville, Tennessee Border. The fort was established in 1941 in honor of Brigadier General Bowen Campbell, the last Whig Governor of Tennessee. The fort is currently home to the famed 101st Airborne Division, the 160th Special Operations Aviation Regiment, and the 5th Special Forces Group.

Fort Campbell has the largest military population in the Army and the 7th largest in the Department of Defense. Having a land area of 105,068 acres, it is also recognized as one of the largest installations in the world. The primary mission of Fort Campbell is to provide combat readiness for the 101st Airborne Division and other non-divisional tenant units of the installation by providing training, mobilization, and deployment. 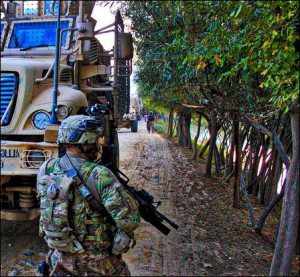 Fort Knox is the main armor training base of the US Army and US Marine Corps. It is an Army post covering parts Bullit, Hardin, and Meade counties in Kentucky. The installation was built in 1918 in honor of Major General Henry Knox, the chief of Artillery of the Continental Army during the American Revolution.

The post also houses the Godman Army Airfield operated by the US Army Aviation Branch. The post has the primary mission of directing armor training for M1 Abrams tank crews for the US Army and the US Marine Corps.

It is home to the US Army Armor Center, the US Army Armor School, and the George Patton Museum. Fort Knox is a boot camp. The post is also the location of the Bullion Depository of the US Department of the Treasury.

Kentucky: A heritage city in the US

Kentucky is a state that is located in east of south central region of Unites States. It is also known as Bluegrass state, the name based on the bluegrass found in various pastures because of fertile soil. Bluegrass Region in central Kentucky is the major regions in Kentucky consisting of two main cities: Lexington and Louisville.

It is a land rich in resources and diverse environments, with the world’s longest cave system, maximum length of traversable waterways, Massive cave national park, streams in the neighboring US and the two biggest man-made lakes present in the east of Mississippi River. Kentucky borders seven states with its northern border formed by the Ohio River and western border by the Mississippi River.

The estimated population as of July 2014 was 4,413,457 with an increase in the population by 18,162 as compared to the previous year. Immigration from outside the US increased the population by 27,435. The density of population of this state is 101.7 people per square mile.

In the Mid nineties, Kentucky was a border state when Great War between the States almost destroyed America. Both Abraham Lincoln and Jefferson Davis were born here. The history of Kentucky is very interesting as she was abode of some of the most iconic American people which includes Daniel Boone and Henry Clay.

Education in Kentucky includes elementary school, middle and high school, post secondary institutions. Most of the colleges and schools are certified by Southern Association of colleges and schools. Education in Kentucky suffers from disgrace like many other southern states. Lexington, Kentucky ranks 10th amongst US cities in percentage of population with college degree or higher. Because of various reforms in 1990, Kentucky made progress in the field of education.

Exploring Kentucky is discovering more than 500 horse farms and touring the renowned Bourbon Country distilleries. Visiting Kentucky’s famous natural attractions, rivers, lakes and state parks are considered best in the country. If you are planning to visit one of the best places during vacations, do visit Kentucky for a day or a week. The most famous attractions that you should not miss are: 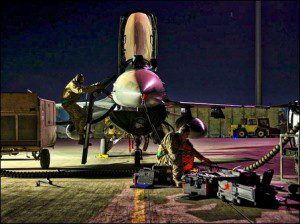 Mammoth Cave National Park: A visit to Kentucky is incomplete without trekking through the world’s largest cave system. This is one of the best places to bring the entire family and enjoy.

Churchill downs: It is the superb place to have fantastic horse racing experience. You can visit the museum, enjoy at the races and go for shopping at the Derby store.

Newport aquarium: It is a place where you can meet some of the most exotic sea creatures like sharks, fish, stingrays and jellyfish. You can walk through the huge aquarium and feel like you are actually swimming with the sharks. Kids enjoy penguin encounters where in they can actually interact, play and touch the friendly penguins.

Creation Museum: It is one of the state of the art museums in the country. Built in a 70000 square foot of area, the museum will excite you in many ways. Children can play with the dinosaurs roaming near Eden’s River.

Blue grass army depot base in Richmond: The blue grass army depot operates as a US army storage facility for traditional ammunitions and chemical weapons. The military use this base for the repair of general supplies and disposal of weapons. Majority of the explosive weapons used by the US army are stored at Blue Grass also.

Fort Knox is the largest military installations in the USA. It is located in northern Kentucky covering three counties with the population of around 12,000. The United States Marine Corps also shares this base for trainings.