Can I Get a Court Martial Conviction Expunged from my Record? 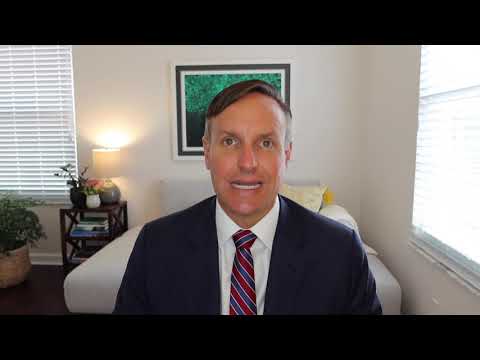 Our fierce court-martial counsel at Gonzalez & Waddington will arrange free counseling to discuss your allegations in detail and explain how they will fight your case, which is different from most military attorneys. Use the contact form contact our determined civilian military defense attorneys at Gonzalez & Waddington for legal advice. Call to speak to our fierce court-martial lawyers.

Our experienced court-martial defense lawyers at Gonzalez & Waddington use their experience to prepare a strong strategic defense against felony charges in federal, military, and state courts. Learn cross-examination techniques to control hostile witnesses.

Can I Get a Court Martial Conviction Expunged from my Record? In short, the answer is, no. A court-martial conviction is a Federal conviction. It cannot be expunged from your criminal record.

Below is a transcript from the YouTube video: Can I Get a Court Martial Conviction Expunged from my Record?

My name is Michael Waddington, and I’m a criminal defense attorney. We get asked all the time, can I expunge my court-martial conviction?

The answer’s no. It’s the simple answer, and I’ll explain a little bit a federal conviction at a core module. And that’s what it is. It’s a federal court. It’s a federal conviction at a court-martial that will permanently go on your record unless your case is overturned on appeal. Otherwise, it will be on your record for the rest of your life. That is why we stress to people that are under investigation to take this seriously. It isn’t just a little military thing that shows up on your military record.

It goes on your permanent criminal record, and it could obstruct you from getting jobs. It’ll stop you from possibly getting certain apartments. It just makes your life very difficult. Certain neighborhoods won’t let you move into the neighborhood if you have a conviction. It’s a very serious thing that can track and follow you for the rest of your life. So take it seriously while it’s happening, and don’t act like it’s no big deal. And things will just work out in the end because they may work out in the end. It’s just your life is going to be a lot more challenging, with a conviction on your record.

What is a “conviction” at a court-martial?

There is a “conviction” in a court-martial case when a sentence has been adjudged. R.C.M. 1001(b)(3)(A). In a civilian suit, a “conviction” includes any disposition following an initial judicial determination or assumption of guilt, such as when guilt has been established by guilty plea, trial, or plea of nolo contendere, regardless of the subsequent disposition sentencing procedure, or final judgment.

However, a “civilian conviction” does not include a diversion from the judicial process without a finding or admission of guilt; expunged convictions; juvenile adjudications; minor traffic violations; foreign convictions; tribal court convictions; or convictions reversed, vacated, invalidated, or pardoned because of errors of law or because of subsequently discovered evidence acquitting the accused. Military judges must apply the M.R.E. 403 balancing test. The United States v. Glover, 53 M.J. 366 (C.A.A.F. 2000).

Aggravation Evidence: victim impact; unit impact; hate crimes. “Directly relating to or resulting from” creates an elevated standard of relevance. In the United States v. Rust, 41 M.J. 472 (C.A.A.F. 1995). Prejudicial error to admit suicide note in aggravation phase of physician’s trial for dereliction of duty and false official statement. The murder-suicide was too attenuated even if the government could establish a link between the accused’s conduct and murder-suicide, and failed M.R.E. 403’s balancing test.

In the United States v. Oscar, No. 20140445 (A. Ct. Crim. App. 18 Nov. 2016)(memo. op.). “During sentencing, Ms. CO testified about considering ways to kill herself because she knew appellant would never stop raping her. Ms. CO testified that she was taking medication for depression and sought therapy weekly due to the appellant’s abuse. Ms. CO also testified that one of her friends recently posted on her Facebook account: ‘Didn’t you get raped by your dad?’ As a result of that posting, she ran outside screaming during a storm and climbed on the roof, hoping to be electrocuted. There was no objection to this testimony at trial. The trial counsel then reiterated the ‘cyber-bullying instance during the sentencing argument. We agree with the appellant that this instance of ‘cyberbullying was too attenuated – the government failed to establish a link between appellant’s conduct and a Facebook message sent from ‘Josh.’ This evidence was not proper aggravating evidence, and it fails Military Rule of Evidence 403’s balancing test.”

Unrelated stuff. The United States v. Powell, 45 M.J. 637 (N-M. Ct. Crim. App. 1997), aff’d, 49 M.J. 360 (C.A.A.F. 1998). Uncharged misconduct that accused lost government property, was financially irresponsible, and passed worthless checks was not directly related to offenses the accused was convicted, which were failing to report to repair and travel and housing allowance fraud. Therefore, the uncharged misconduct was not admissible at sentencing under R.C.M. 1001(b)(4). The court also noted that “M.R.E. 404(b) does not determine the admissibility of evidence of uncharged misconduct during sentencing . . . admissibility of such evidence is determined solely by R.C.M. 1001(b)(4).” Id. at 640.