When You Need an Army Court Martial Lawyer in Presidio of Monterey, California

Our military defense lawyers have successfully defended Army soldiers around the world.

The aggressive military criminal defense lawyers at Gonzalez & Waddington have earned a reputation for representing Soldiers at Army installations worldwide. If you are stationed at Presidio of Monterey and are suspected of a military offense, then having the most experienced court-martial defense attorney can be the difference between losing your case versus winning your case or saving your career. Our criminal defense attorneys represent Presidio of Monterey Soldiers in both UCMJ and administrative matters to include defending service members suspect of sexual assault, rape, and other offenses under the UCMJ.

This film is an example of why you must select the best criminal defense attorneys that you can find.

Unlike the majority of civilian criminal defense attorneys or your free US Army counsel, pleading guilty is an option of last resort. Our firm force the US Army to prove their case. We take almost every case to trial and fight the allegations in front of a military jury.

Our US Army court martial results speak for themselves. The accused Soldier and his or her well-being is our chief concern. Our military criminal defense attorneys maintain lighter caseloads than the typical appointed Army military lawyer so that we can concentrate on every client on an individual basis. Your trial will not be outsourced to a random attorney and we will not power you into taking a dive at the last minute. Our criminal defense lawyers have fought US Army court-martial and administrative separation cases in the United States and worldwide.

Call today to consult with an experienced court-martial attorney.

Military personnel working at Presidio of Monterey deserve the best military defense lawyers available to defend them at their court-martial or administrative separation proceeding. 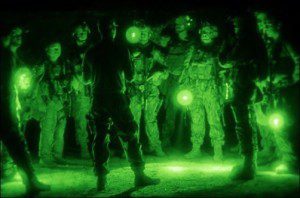 Presidio of Monterey is an Army garrison of the United States and therefore home to many military servicemen and women. Serving the nation is, of course, a matter of great pride for these individuals. The Army also prides itself on its stringent rules and regulations that allow it to maintain law and order such that the well-being of the nation. However, from time to time, an actively serving member may not conform to all the rules and regulations that have been set out, which could land him or her in a spot of trouble. Gonzalez & Waddington extend their services to all such army troops stationed at the Presidio of Monterey garrison and are willing to represent them and pull them out of the trouble that they have gotten themselves into.

Brief Background of the Presidio of Monterey Army garrison

This army garrison is based in Monterey in the state of California. This Army installation also has a historic relation to the era of Spanish colonial rule. At present, Presidio of Monterey is also hosting the Defense Language Institute Foreign Language Center (DLI-FC). It also remains the only Presidio in the state of California that still has an actively operational military installation.

Monterey is one of many presidios (which is a Spanish word meaning “royal fort”) built by the Spanish in the western region of the United States. Back in 1783 there were only around 56 men stationed here by the company.

The state of Presidio of Monterey has not always been what it is like today – there were times when its location was moved, there were times when it was abandoned altogether only to be reactivated again. At present, the only building that still survives from those originally constructed here by the Spanish is the Royal Presidio Chapel, although its face, master and mission have changed over time as well.

Current Activities at the Presidio of Monterey 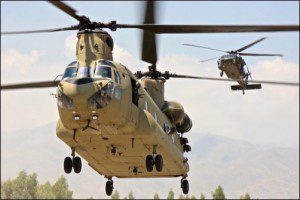 As mentioned above, the Presidio of Monterey has the Defense Language Institute Foreign Language Center. For any servicing man or woman to attend this institution is indicative of the fact that he or she has gained extensively in terms of academics. The courses offered by this institution have been designed in a way so that all the linguists that are needed for security and homeland protection are taught to the attendees.

As with any military installation, the Presidio of Monterey is very strict about soldiers meeting all rules and regulations and anyone who steps out of line can find himself or herself in serious trouble.

Expert Legal Advice at the Presidio of Monterey 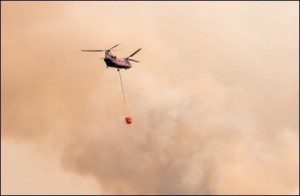 The army garrison has a number of programs in place designed to prevent crimes. However, these crime prevention techniques can also lead to false accusations – there have been cases where charges were brought forth against individuals without any proof, which put their freedom and rights on the line. In such a situation, you could contact Gonzalez & Waddington to defend your case. They have had experience in dealing with all kinds of cases, such as criminal misconduct, drug crimes, rape or sexual assault and murder. Thus, having them by your side is definitely going to provide you with the right kind of support and insight that is needed to prevent your reputation from being tarnished.

If you or a family member are stationed at Presidio of Monterey and are accused of a military crime such as sexual assault or if you are facing an administrative separation, Article 15, show cause board, letter of reprimand or GOMOR, then call our military defense attorneys now.