How verbatim is verbatim? No substantial omissions

United States v. Marsh , 35 M.J. 505 (A.F.C.M.R. 1992). Off-the-record discussion of administrative discharge not a substantial omission where issue had been raised on the record and military judge ruled on the record that trial would proceed.

United States v. Sneed , 32 M.J. 537 (A.F.C.M.R. 1990). DC argued ex parte motion telephonically to MJ. Defense complained that record was not verbatim because the ex parte telephone conversation was not recorded and was not made a part of the required verbatim ROT. Held: “Although the omission may have sufficient ‘quantitative’ substance to raise the presumption of prejudice . . . we have no hesitancy in finding that presumption effectively rebutted, not so much by affirmative government action ( e.g ., reconstruction of the record) as by the totality of circumstances.” Id . at 540.

United States v. Alston , 30 M.J. 969 (N.M.C.M.R. 1990). Omission of testimony relating to offenses of which accused was acquitted was a substantial omission.

United States v. Chollet , 30 M.J. 1079 (C.G.C.M.R. 1990). Several bench conferences had “inaudible” sections. “We believe that these inaudible portions were substantial omissions which, along with other non-transcriptions, render the record non- verbatim.” BCD disapproved. 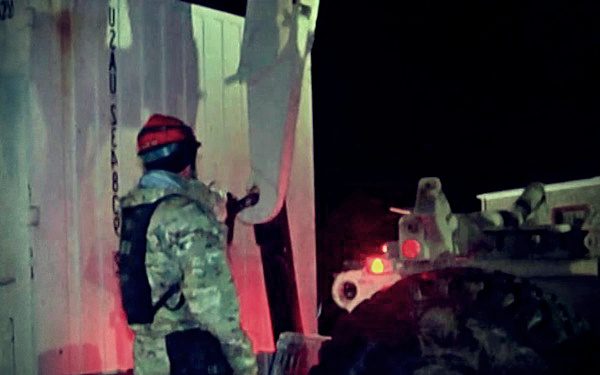 United States v. Maxwell , 2 M.J. 1155 (N.M.C.M.R. 1975). Two audiotapes were inadvertently destroyed, resulting in loss of counsel’s arguments, a brief Article 39(a) session on instructions, and announcement of findings. All but DC argument reconstructed. “We do not view the absence of defense counsel’s argument as a substantial omission to raise the presumption of prejudice . . . [and] no prejudice has been asserted.” Id . at 1156.

United States v. Sylvester , 47 M.J. 390 (C.A.A.F. 1998). ROT did not contain RCM 1105/1106 submissions from CDC and request for deferment or the CA’s action thereon. Held: No error for failing to include the RCM 1105/1106 submissions (CDC did not submit written matters, but made an oral presentation to the CA). The CAAF refused to create a requirement that all such discussions be recorded or memorialized in the ROT, but made it clear they prefer written post-trial submissions. The CAAF did find error, although harmless, for not including the deferment request and action in the ROT (the accused was released six days after the request).

United States v. Simmons , 54 M.J. 883 (N-M. Ct. Crim. App. 2001). During appellant’s trial, there were two gaps in which the government had technical difficulty with its recording devices. An Article 39(a) session had to be reconstructed due to a tape malfunction and approximately fifty minutes of testimony were lost due to the volume being too low. Article 54(a) requires the preparation of a complete ROT in a general court-martial where the accused receives a discharge. A complete ROT should include a verbatim transcript. If the government cannot provide a verbatim ROT, it can either establish the accused suffered no prejudice or only approve the sentence that could be adjudged if the accused had been tried by a straight special court-martial. The court did a line-by-line analysis of the portions of the ROT that were missing and concluded that no prejudice occurred. The court agreed that the ROT was not verbatim, but the government had overcome the presumption of prejudice applied by the court.

United States v. Henthorn, Jr. , 58 M.J. 556 (N-M. Ct. Crim. App. 2003). ROT omitted approximately twenty-four pornographic images considered by the MJ on sentencing. Held: “such presumed prejudice [was] adequately rebutted” and any error stemming from the omission was harmless beyond a reasonable doubt. Id . at 559. Factors considered by the court: the case was a guilty plea; the omitted evidence did not go to guilt or innocence; the appellant did not question the validity of his plea; the images were adequately described in the ROT; the DC was aware of the MJ’s proposed handling of the images (i.e., ordered sealed in NCIS case file); and neither DC or appellate DC questioned the nature of the omitted documents. 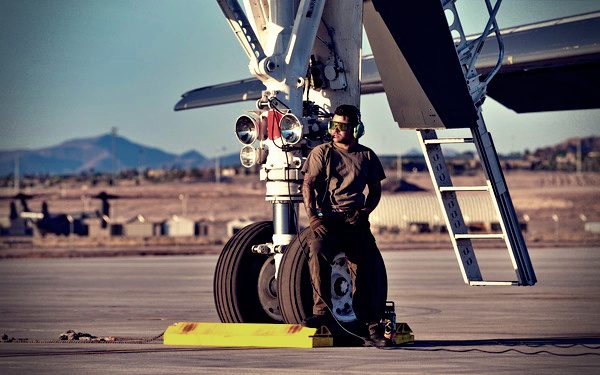 United States v. Gaskins , 69 M.J. 569 (A. Ct. Crim. App. 2010) (en banc). During sentencing, the appellant admitted into evidence his “Good Soldier Book,” which allegedly contained “a compilation of . . . awards, certificates, letters of commendation and character letters from family and friends, as well as a number of photographs.” The exhibit was not included in the record of trial. The trial defense counsel noted this omission in the post-trial submissions. The SJAR addendum responded to this by stating that the exhibit “could not be located.” The SJA provided a memorandum describing the exhibit, written by the senior court reporter (not the court reporter that sat in on appellant’s trial). The SJA also provided the appellant’s Official Military Personnel File (OMPF) for the convening authority to review. The post-trial submissions from the defense included twenty-one letters of support. The adjudged sentence was approved. In this case, the ACCA held that, despite the efforts to include a substitute memorandum, there is still an omission from the record of trial. However, the court was unable to determine whether or not this omission is substantial or not. The description provided by the government did not include “adequate detail” for the court to analyze whether or not it was a substantial omission. The court then turned to the three options available and found that approving a sentence below the threshold for a verbatim record (like the dissent encourages), would be a particularly harsh remedy “[i]n light of the seriousness of appellant’s offenses, the substantial sentence he received, and the fact that the omission in this case relates only to sentencing” rather than guilt. Over a rigorous dissent, the court sent the case back for a DuBay hearing to determine the contents of the exhibit, and any prejudice. The CAAF granted an extraordinary writ of prohibition to prevent this DuBay hearing and sent the case back to the ACCA. See Gaskins v. Hoffman, Conn, Johnson, Cook, Baime, and United States Army , Misc. No. 11-8004, 69 M.J. 452 (C.A.A.F. Dec. 9, 2010).

United States v. Gaskins , No. 20080132, 2011 WL 498371 (A. Ct. Crim. App. Feb. 10, 2011) (unpublished) (en banc). On remand, the majority opinion at the ACCA affirmed the findings and remanded the case for a sentencing rehearing. The opinion is terse, less than a page of text. Six judges were in the majority opinion (J. Hoffman, S.J. Conn, S.J. Johnson, J. Gallagher, J. Baime, and J. Burton). Four of the judges from the original opinion are still in the majority, while Judge Cook has since left the court. Two new judges, J. Gallagher and J. Burton, joined the majority for this opinion. There were two separate opinions that concurred in part and dissented in part. Both of these opinions agreed with the majority that the findings were unaffected by the missing sentencing exhibit. However, both would approve a nonverbatim record of trial punishment. J. Gifford also wrote to state that a rehearing is inappropriate because it “unfairly places the onus on appellant to present a sentencing case.”