By Cindy Fisher, Stars and Stripes
Pacific edition, Thursday, May 15, 2008 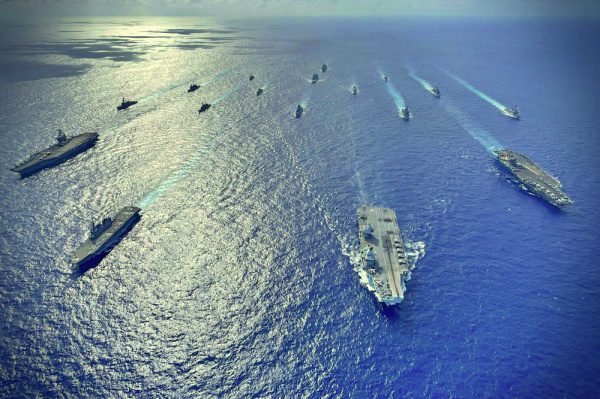 CAMP FOSTER, Okinawa — A Camp Foster military policeman pleaded not guilty at a court-martial Tuesday to charges of carnal knowledge, sodomy and indecent acts with his then-15-year-old sister-in-law and possession child pornography.

Prosecutor Capt. Paul Ervasti told a jury that the staff sergeant molested his wife’s sister, who is the adopted dependent of a Department of Defense employee on Okinawa, when she was visiting their Camp Foster home Oct. 8, 2006, while his wife was out.

The teen reported the alleged abuse to her school nurse two days later, according to court testimony.

The teen was then taken to the Naval Investigative Criminal Service where her adopted mother greeted her with disbelief and harsh words, testified the school nurse and an NCIS special agent.

The mother also refused to allow a sexual-assault examination to be performed on the teen, NCIS special agent John Connell testified.

In accordance with Stars and Stripes policy, the teenager and the staff sergeant are not being named to protect the teen’s identity.

“Think of all the lives that have been turned upside down because of the accused who in a moment chose to have sex” with the teen, Ervasti said.

“That’s not the case. He’s not a statutory rapist, he’s not a sexual predator,” countered defense counsel Michael Waddington.

Also, the child pornography found on the Marine’s personal computer was actually there because of searches done by the teen after the staff sergeant installed anti-porn software on her home computer at her mother’s request, Waddington said.

This is not the first time the teenager, who has a history of lying, has made a false accusation or lied to get out of trouble, Waddington told the jury.

The teen was sentenced to serve 75 hours of community service in 2005 for falsely claiming a classmate raped her in October 2005, he said.

The girl, who has been living with a biological relative in Florida since November 2006, refused to return to Okinawa to testify but did make a video deposition April 28 after being served with a federal subpoena.

In her deposition shown Tuesday, she admitted that she had frequently lied in the past, including claiming her classmate raped her in 2005, and “I had gotten into trouble a little bit for looking at pornography on our computer at home.”

The trial was scheduled to resume Wednesday.