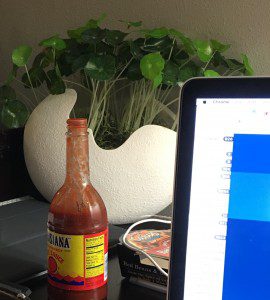 Our client, a Combat Engineer, was accused of raping two women (a US Army soldier/JAG Paralegal and one British citizen). Later, the prosecution claimed that he sexually assaulted two additional people, for a total of four alleged victims. He faced 14 different allegations, over 100 years in prison, and sex offender registration. Mr. Waddington and CPT Brian Greco defended this case.

Our theory: The two primary victims were scorned ex-lovers out for revenge.

This trial was like an episode of Dr. Phil mixed with Jerry Springer. In and out of court, there was crying, lying, and a lot of drama. We had a local stripper in the audience, a bunch of British witnesses that hated each other, and the British victim kept accusing the defense of intimidation, because we were laughing with our client outside of court at the smoke pit , which was completely authorized. She was peeping out the window and was offended by us laughing. The prosecutor then scolded us for laughing in public and asked us to stay hidden.  Our response was to laugh even louder.

When the trial began, the prosecutor was literally crying during her opening statement while pointing at my client and calling him a rapist.

The two alleged rape victims took 3-4 hours EACH to tell their stories. It was painfully boring. The prosecutor kept asking, “How did you feel?” about every minor detail of the case.  While how they “felt” was not relevant, the defense intentionally did not object. Instead, we let them blab on and on to the point where the jury stopped listening. 90 minutes into their testimony, the jury stopped paying attention and some jurors were falling asleep. Few people c 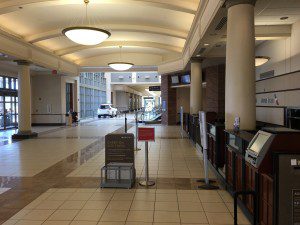 an pay attention to 4 hours of fake sobbing. After the first box of tissues, the jury tuned out.

On cross-examination, these witnesses were quickly cut to shreds when confronted with lie after lie. After being impeached with numerous blatant lies, one victim’s neck (the JAG paralegal) started to twitch. It would have been amusing, but for the fact that our client sat falsely accused of heinous crimes.

During Mr. Waddington’s closing argument, the paralegal “victim” brought her husband into the court to watch. When Mr. Waddington talked about all of her lying and cheating, she ran out of the courtroom in tears, in the middle of the closing. Apparently, she never told her husband about her love affair with my client or the fact that she was bragging about my client’s sexual prowess to fellow soldiers, while she was with her husband.

The jury deliberated for about 60 minutes. The defense witnesses went out to party and Mr. Waddington went to his hotel to rest for his next case the following Monday in Norfolk, VA.