Davis-Monthan Air Force Base in Arizona was built in 1927 and dedicated to Lieutenants Samuel H. Davis and Oscar Monthan, Tucson aviators. The DMAFB is located near Tucson, AZ with hosting wing, the 255th Fighter Wing. The base deploys, employs, supports, and sustains attack airpower in support of the Combatant Commanders throughout the world. The base also train attack pilots for Combat Air Forces. The wing trains pilots and provide support and forward air control to global ground forces.

Members of the service and personnel can rely on aggressive military attorneys at Gonzalez & Waddington Law Firm for strategic and reputable representation. Our law firm has represented thousands of clients for over 40 years international. From criminal to sexual assaults, the team of defense attorneys has a reputation of winning and acquittals. The firm has defended Air Force, Army, Marine Corps and Navy service members around the world.

Know your rights before pleading guilty to any crime by contacting the Gonzalez & Waddington Law Firm. If you are seeking help at the Davis-Monthan Air Force Base in Arizona, call our office immediately. An experienced defense attorney will offer you a free initial consultation to discuss your present situation. The services provided by the law firm are presented below: 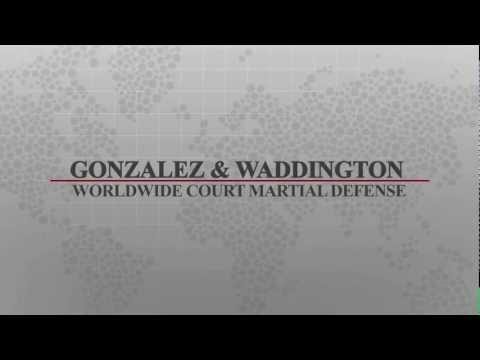