Wrongful Convictions in the Military (and How To Prevent Them)

Wrongful convictions in the United States are things no one likes to talk about. As a result, this fundamental problem is often swept under the rug and ignored.

Unfortunately, being able to ignore wrongful convictions in America is a privilege not everyone can afford. When a person is accused of, charged with, and wrongfully convicted of a crime they did not commit, their entire life turns upside-down. Whatever the consequences, their loved ones are forced to suffer with them.

False sexual assault allegations are particularly troubling. Sexual assault is a serious issue that should never be taken lightly, and yet some people will falsely accuse others of assaulting them.

Being falsely accused is bad enough. A person wrongfully accused of sexual assault experiences a severe blow to their reputation as well.

Wrongful convictions in the broader legal system are bad enough. But what’s possibly even more troubling is when the people who serve our country in the military are falsely accused. And although false sexual assault allegations appear to be somewhat rare in general, they are much more prevalent in the military.

The registry receives multiple letters every week from people convicted of crimes claiming to be innocent. While most of them are probably guilty, it nevertheless speaks to the troubling presence of injustice in our legal system.

The justice system is supposed to protect the innocent, but nothing could be further from the truth for the wrongfully convicted. But why do wrongful convictions happen in the first place?

There are likely dozens, if not hundreds, of factors that contribute to the presence of wrongful convictions. But the National Institute of Justice has published some data that may help clear the air. In addition, research done by American University provides some insight into why wrongful convictions happen.

According to the researchers, there were ten recurring factors in the cases studied that lead to a wrongful conviction:

Based on this data, it seems that having one or more of these factors increases the risk of being wrongfully convicted.

Of course, with a competent attorney, these factors either wouldn’t exist or wouldn’t be as impactful. However, the single largest factor in wrongful convictions may be an inadequate legal defense team. Unfortunately, many people who are falsely accused of military sexual assault can’t afford the best lawyers to defend them.

How Wrongful Convictions Happen in the Military

He said She said Sexual Assault Allegations in the Military.

In “he-said-she-said” allegations, CID, OSI, NCIS, or CGIS typically interview the alleged victim and collect hearsay statements from the victim’s friends. Next, they will try to interview the accused and get him to confess. Then, investigators do a very basic collection of physical, forensic, and scientific evidence. They will rarely collect the victim’s phone, collect video footage, or interview witnesses that help the suspect.

It wasn’t always this way. At one time, cases like this were seldom prosecuted by the military. Today, assault cases are nearly always prosecuted based on the sole word of a single alleged victim. There might well appear to be no middle ground in sexual assault cases in the military to an onlooker. It almost seems to be either all or nothing. Either cases are prosecuted indiscriminately, or allegations are ignored altogether.

Whether the military reacts to such extremes all the time is immaterial. However, it certainly seems that the accused person’s rank plays a substantial role in their trial. But when you or a loved one is falsely accused, all that matters is having your case fought and won successfully.

The only way to fight against a military sexual assault case is with an experienced military defense attorney. Without the best court-martial lawyer possible, someone falsely accused of sexual assault in the military is almost doomed to become another statistic.

Now, let’s examine what happened legally that resulted in this type of experience becoming commonplace.

So far, we’ve established that sexual assault cases will be brought to trial in the military even though similar cases wouldn’t hold up in civilian courts. But why is this, and how did the military system become this way?

As noted earlier, the military used to ignore “he-said-she-said” allegations almost entirely. The government later recognized that this blanket approach wasn’t ideal. But now, they overcompensate by bringing practically every allegation to court.

The first turning point for this was in 2007 when Congress made significant changes to the Uniformed Code of Military Justice (UCMJ). These changes altered how sexual assault cases would be addressed and ensured that more sexual assault, rape, and sexual harassment allegations would be brought to trial. More changes were made in 2012 and again in 2016.

Throughout these changes, rules and procedures were instituted to make it easier for defendants to be convicted. The story might have resulted in a more reasonably balanced judicial system if this was where the story ended. Unfortunately, enormous pressure is also placed upon commanding officers to have every allegation sent to trial.

Instead of merely adjusting the laws to protect victims of assault, the military now goes to great lengths to secure convictions. Unfortunately, the military’s overly aggressive behavior regarding sexual assault and sexual harassment applies even in cases where the defendant is probably innocent. Not only that, but those who make allegations against other military members are often rewarded.

It’s easy to see where the military went wrong in its fight against sexual assault. While assault is unacceptable and must be reported, it’s clear that the military has overcompensated in its approach. 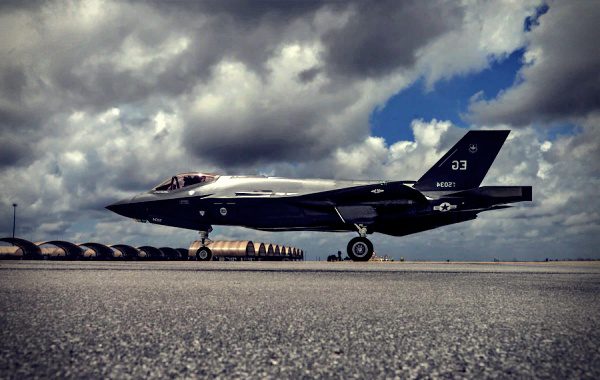 Fortunately, being the victim of a false allegation isn’t a hopeless situation. Even in the military, the right legal team can turn a case around for a defendant.

How Wrongful Military Assault Convictions Can be Avoided

Sexual assault allegations based solely on the alleged victim’s word can be easily won or lost depending on the defense. But despite the pressures the military is under to convict defendants, a strong defense can turn the case around.

Most of the time, the defendant’s attorney needs to point out the inconsistencies in the prosecutor’s story. However, an inexperienced military defense lawyer won’t always know what to do.=

The court-martial lawyer must be able to produce a credible motive for the accuser to fabricate their story. That takes a considerable amount of skill that everyday defense attorneys may not have. It’s even more complicated when the accuser seems honestly mistaken about the events leading to the alleged abuse.

Fortunately for the accused person, it isn’t necessary to prove their innocence. Even in a military court-martial, the burden of proof lies on the accuser. There needs to be a reasonable doubt as to whether the defendant committed a sexual assault for the accused.

A novice defense may try to prove that the accuser consented to the act. But, instead, the military defense attorney should show the jury that whether they believe the assault happened or not doesn’t matter. Speculation does not matter because the defendant must be acquitted if there’s any reasonable doubt about whether the victim consented.

This information can come as quite a surprise to victims of false accusations and their families. But it just goes to show how much dysfunction exists in the military judicial system. The good news is, the right legal team can swiftly compensate for this dysfunction and protect their client’s Constitutional rights.

Get the Military Defense You Deserve With González & Waddington

The criminal defense attorneys at González & Waddington have decades of experience defending the innocence of military victims of false accusations. Watch our latest videos to learn more about what our military defense lawyer do, and contact us today to see how we can help you.