Searches and Seizures in the Military Justice System

The Fourth Amendment protects against unreasonable searches and seizues in the Military.

The Fourth Amendment protects against unreasonable searches and seizures and requires warrants to be supported by probable cause. Although there is debate about whether it applies to military members, military courts act as if it does. The Fourth Amendment, its requirements, and exceptions are codified in military rules of evidence 311-317.

“The right of the people to be secure in their persons, houses, papers, and effects, against unreasonable searches and seizures, shall not be violated, and no Warrants shall issue, but upon probable cause, supported by Oath or affirmation, and particularly describing the place to be searched, and the persons or things to be seized.”

Search and Seizure Under the Uniform Code of Military Justice

The Fourth Amendment applies to soldiers.

Search Authorization and Probable Cause

A search is valid if based upon probable cause and a proper search warrant. Probable cause is evaluated by looking at the “totality of the circumstances” to determine whether evidence is located at a particular place. The equivalent to a search warrant in the Military is called a search authorization and may be issued by an appropriate neutral and detached commander, military judge, or military magistrate.

Probable cause is a reasonable belief that the person, property, or evidence sought is located in the place or on the person to be searched. Mil. R. Evid. 315(f). It is a “fluid concept—turning on the assessment of probabilities in particular factual contexts—not readily, or even usefully, reduced to a neat set of legal rules.” Illinois v. Gates, 462 U.S. 213, 232 (1982).

Probable cause will exist only if information establishes that evidence is currently in the area to be searched. P.C. may evaporate over time. Any commander of the person or place to be searched (“king-of-the-turf” standard).

The unit commander can authorize searches of:

The installation commander can authorize searches of:

Installation areas such as:

Power to authorize searches is a function of command and may not be delegated to an executive officer. Devolution authorized. An “acting commander” may authorize a search when the commander is absent. More than one commander may have control over the area to be searched.

In the United States, a federal civilian magistrate or judge may issue search warrants for:

Overseas, a civilian judge may authorize a search of off-post areas.

The official issuing a search authorization must be neutral and detached. See Mil. R. Evid. 315(d).

A commander is not neutral and detached when he or she:

A commander may be neutral and detached even though he or she:

Alternatives: Avoid any potential “neutral and detached” problems by seeking search authorization from:

Violation of Fourth Amendment rights of homeowners for police to bring members of media or other third parties into homes during the execution of warrants.

Probable cause to seize.

If there is no probable cause, the seizure is illegal, and the evidence seized is suppressed under Mil. R. Evid. 311.

Reasonable to secure a room (“freeze the scene”) pending an authorized search to prevent the removal or destruction of evidence. Freezing the scene does not mean that investigators have unrestricted authorization to search crime scenes without a proper warrant/authorization.

Probable cause to apprehend.

Probable cause to apprehend exists when there are reasonable grounds to believe that an offense has been or is being committed and the person to be apprehended committed or is committing it. RCM 302(c). See also Mil. R. Evid. 316(c). 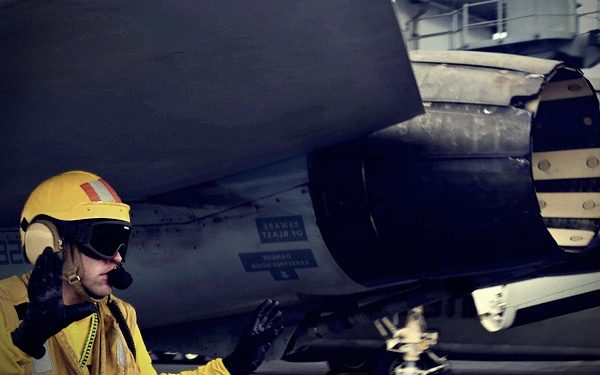 Armed Texas police rousting a 17-year old murder suspect from his bed at 0300, transporting him handcuffed, barefoot, and in his underwear to the police station was an apprehension, despite the suspect’s answer of “Okay,” in response to police saying “We have to talk.”

Asking for identification is not an apprehension.

Asking for identification and consent to search on a bus is not apprehension. The State may prosecute for failure to answer if the ‘stop and I.D.’ statute is properly drawn. Thus, there was no Fourth Amendment violation.

A police chase is not an apprehension.

Traffic Stops – When police make a traffic stop, a passenger in the car, like the driver, is seized for Fourth Amendment purposes and so may challenge the stop’s constitutionality.

An order to report to military police

Transporting an accused to the military police station under guard is apprehension.

Therefore, when the accused is ordered to go to the military police station under guard, probable cause must exist, or subsequent voluntary confession is inadmissible.

Apprehension at home or in quarters:

A military magistrate, military judge, or the commander who controls that dwelling (usually the installation commander) must authorize apprehension in a private dwelling. R.C.M. 302(e); Payton v. New York, 445 U.S. 573 (1980).

A private dwelling does not include:

Exigent circumstances may justify entering a dwelling without a warrant or authorization.

See Mil. R. Evid. 315(g). The accused was apprehended correctly, without authorization, in transient billets. Exigent circumstances justified apprehension. See also Kirk v. Louisiana, 536 U.S. 635 (2002) (absent exigent circumstances, police may not enter a private dwelling without a warrant supported by probable cause to search the premises or apprehend an individual).

Consent may justify entering a dwelling without a proper warrant or authorization.

See Mil. R. Evid. 316(d)(2). Accused, awakened by military police at on-post quarters, in his underwear, and escorted to the police station was not illegally apprehended, despite lack of proper authorization. His wife “consented” to police entry.

Probable cause may cure lack of proper authorization.

Exigent circumstances may also allow the warrantless seizure of dwelling and/or occupants while waiting for a search warrant to be issued. Illinois v. McArthur, 531 U.S. 326 (2001).