When You Need a Court Martial Lawyer in Sector St. Petersburg, FL

Our court martial attorneys have successfully represented military members around the world.

The aggressive criminal defense lawyers at Gonzalez & Waddington have developed a reputation for representing military members at military installations worldwide. If you are stationed in Sector St. Petersburg, FL and are suspected of a military crime, then hiring the most hard-hitting military attorney can be the difference between spending decades in prison versus winning your case or redeeming your career. Our defense lawyers defend Sector St. Petersburg, FL military service members in both criminal and administrative matters to include defending military personnel accused of sex assault, drug offenses, and other crimes under military law.

This video is a perfect example of why you should hire the best defense lawyers possible.

Unlike the majority of civilian criminal defense attorneys or your free military lawyer, pleading guilty is an option of last resort. Our attorneys compel the military to prove their case beyond a reasonable doubt. We take just about every criminal case to trial and fight the allegations in front of a panel.

Our military court martial victories are clear. The suspected military service member and his or her desired outcome is our main concern. Our military criminal defense attorneys keep smaller caseloads than the typical appointed defense lawyer so that we can focus on every trial individually. Your case will not be delegated to a random lawyer and we will not bully you into a guilty plea at the last minute. Our court martial defense lawyers have defended military court martial and administrative separation (ADSEP) cases in the United States and around the world.

Our aggressive court martial attorneys will use our skills to defend your court martial or ADSEP case in Sector St. Petersburg, FL.

If you or a loved one are stationed in Sector St. Petersburg, FL and are suspected of a UCMJ crime such as sex assault or if you are facing an administrative discharge, NJP, show cause board, letter of reprimand, then contact our court martial defense lawyers now.

As a member of the military, you are going to need different representation when it comes to criminal cases. A standard lawyer just won’t do; you need to have a professional that has experience in the military world and that knows about martial law intimately. That’s what we have to offer from our law firm. Michael Waddington is an expert attorney who has done the majority of his work in martial law and cases that are related to those who have served in the military now, or have served at some point in time. Located in the Southeast United States, Waddington has done work all over the country, including at Sector St. Petersburg and other military bases throughout the state of Florida. 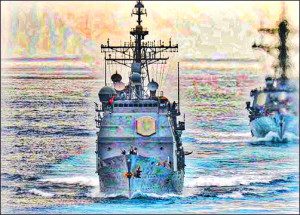 In 1924, the Coast Guard was looking for somewhere that they could be located in Florida that would bolster anti-smuggling efforts. At that point in time, the main concern for smuggling was related to alcohol, as this was during the period of prohibition. They went into Bayboro Harbor and put together what is now known as Coast Guard Base St. Petersburg. There were a number of cutters that were located here during that time, with the express purpose of ensuring that smugglers were not going to get through. When prohibition ended, the base was no longer used at that point.

A few years later, on the cusp of World War II, the south side of that same bay was the new location for a Coast Guard station, and then the north part of the bay that had been used for anti-smuggling efforts was used in order to give space for helicopters and other aircraft to land. The air station played a significant role during World War II. There are still a few buildings that came from the original air station, including the hangar. That air station was later moved to Clearwater, Florida, and the southern station bought out the rest of the harbor and made it into what it is now, referred to as either Coast Guard Base St. Petersburg, or Sector St. Petersburg. The entire area is over 20 acres. 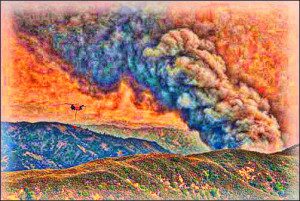 Because of the size of the area in which it is located, Sector St. Petersburg has become one of the largest commands in the entire Coast Guard, and there are over 400 miles of coastline that are taken care of by this particular command. This area is also known for nautical trade, which the Coast Guard oversees in this region. There are six boats, 3 aid boats, and five stations that help to keep track of everything that is going on throughout this area.

The main operations that are taken care of by Sector St. Petersburg are Living Marine Services; Ports, Waterways Management, and Coastal Security; Search and Rescue; Marine Safety; and Maritime Law Enforcement, which are all normal parts of what the Coast Guard regularly does in these areas. This area of St. Petersburg is popular for tourists, so rescues are very common. It is estimated that 7,500 or more people are helped by the over 800 members of the Coast Guard in Sector St. Petersburg yearly. This facility also grants over 2,000 civilian jobs in other various sectors, including administrative and maintenance related jobs at the facility.

We Can Guide You Into Shore

If you are a member of the military that has been stationed at Sector St. Petersburg, either currently or in the past, and you are looking for assistance in a criminal court case, Michael Waddington has the expertise and the understanding to help you with your case. You want an expert on your side that has been in the service himself, and that will be able to guide you through the sometimes confusing military court system, and that’s what Waddington can do for you. Want to learn more about the services offered by Michael Waddington and his firm? Contact the firm today for more information and to learn about what you should do to move forward with your case.