Cities in Wyoming where our military defense attorneys represent service members at court martial and in administrative separations:

Francis E. Warren Air Force Base is located in Laramie County, near Cheyenne, Wyoming. The base is home to the 90th Missile Wing of the Air Force Global Strike Command. This unit is tasked with operating the LGM-30 Minuteman missiles and its facilities in Northern Colorado, Southern Wyoming, and Western Nebraska.

When control of the base was transferred to the US Air Force, the base adopted its current name after the first senator from Wyoming, Francis Enroy Warren. Warren was a recipient of the Medal of Honor when he was 19 while fighting in the Civil War. The base is the oldest active military facility of the Air Force. 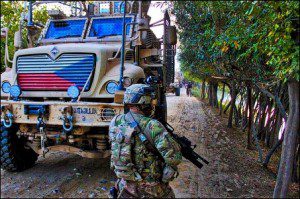 Wyoming is a U.S. state situated in the mountain region of Western United States. Although, the 10th largest in area, it is the least populated state in the U.S. The eastern one-third of the state is high elevation prairie called the High Plains, while the western two-thirds of the state are mountain ranges and rangelands of the eastern Rocky Mountains.

Wyoming’s capital and the most populous city is Cheyenne, with the census a little over 60,000. It is bordered by South Dakota and Nebraska on the east, by Idaho on the west, by Montana on the north and by Colorado on the south. Snake River, Yellowstone River, Green River and the Bighorn River are some of the rivers that flow through the state. The Continental Divide criss-crosses the northern and the southern parts across the central portions of the state.

The territory acquired its name from the Wyoming Valley in Pennsylvania. Unemployment rate in the state was 4%, as of November, 2015. The economy of Wyoming is quite different from that of others as it is most active in agriculture, tourism and energy extraction. Wyoming has a large reserve of coal, most of which is found in the Green River Basin and the Powder River Basin. 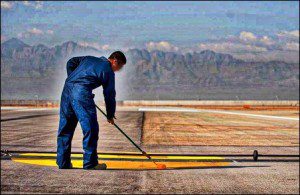 Francis E Warren Air Force Base is very unique among the U.S. air Force installations. It is one of the three strategic missile bases in the country. Located directly to the west of Cheyenne, it provides a strategic vantage point location as the base lies almost directly between Mexico and Canada. The main base occupies an area of almost 6,000 acres.

F.E. Warren AFB was initially used by the United States Cavalry in 1867 and called Fort Russell in honor of the Civil War hero, David Allen Russell. This fort was built to protect the workers on the Union Pacific Railroad in Native American attacks in Wyoming.

It also played a major role in World War I as it was used as one of the largest military muster and training camps. Fort Russell changed its name to Fort Francis E Warren in 1929, and later became Francis E Warren Air Force Base in 1949. Eight years later it became the first international ballistic missile base in the United States.

It earned its namesake from the 19-year old Medal of Honor recipient, Francis Emory Warren, who distinguished himself on the battleground and also served as a US Senator for a period of 37 years. In June, 1992 it became the 90th Missile Wing and later on became the permanent station for the 20th Air Force, which is the headquarters of the United States ICBM Wings.

Francis E Warren AFB consists of a large heliport which is used by UH-1N Huey helicopters. As the original buildings on the Base have survived the harsh climate of Wyoming, this has been designated as a National Historic Landmark for its old red brick buildings.