Cities in Rhode Island where our military defense attorneys represent service members at court martial and in administrative separations:

The US Coast Guard Station Castle belong to the Coast Guard’s First District of operation. The station is responsible for overseeing the operations of the Coast Guard in Newport, Rhode Island. One of the major tasks of Station Castle hill is to conduct search and rescue operations in the area. As Castle Hill is one of the more popular resort areas in the states, the work of the Station is quite plentiful. Aside from that, the Station is also a vital part of the Coast Guard’s environmental protection program. For these purposes, there are several cutters that regularly dock in the station’s harbor, including the USCGC Bainbridge island and the USCGC Juniper.

The US Coast Guard Station in Rhode Island is a component station of the Coast Guard’s First District of operation. Point Judith covers more than 70 miles of coast, including Block island, which also frequently operates as a substation. Point Judith is highly capable of responding to the needs of its area of responsibility. It has several boats at its disposal and is manned by thirty active duty servicemen. It is interesting to note that the boats that Point Judith use are not stored in the main station, but in a facility three miles away. However, this does not hamper the station’s ability to deploy immediately.

Naval Station Newport is a US Navy base located between the towns of Newport and Middletown, Rhode Island. It was established in 1883 as a Torpedo Station after the naval technological advances of the Civil War. It has since become the Newport Naval Complex and home to the Navy Education and Training Center.

Naval Station Newport is the only active military base located in Rhode Island. Newport is home to the Naval War College and was once home to the Cruiser Destroyer Force Atlantic. It now houses inactive ships of the US Navy and active vessels maintained by the US Coast Guard. Due to the Base Realignment and Closure 2005 Commission’s inclusion of the base, it has received additional tenant units including the Officer Candidate School and the Naval Supply Corps School.

Rhode Island, popularly known as little Rhody is covered in a total of 400 miles of coastline and also encloses 20 percent of the prominent historic landmarks of the country. This is positioned in the New England region. Rhode Island is counted among the smallest in area and eighth least populous, but among the 50 US states, it is the second most densely populous state. It has one of the longest names declared officially among all other states. Rhode Island wraps an area of around 1214 square miles and it shares its borders with Massachusetts on the east and Connecticut on the west. Rhode Island is nicknamed as the Ocean state, as it shares it southern border with Atlantic Ocean. 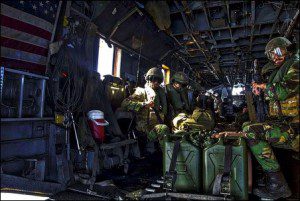 Name: The name ocean state itself depicts that Rhode Island envelops a figure of oceanfront beaches and therefore there are the best ocean views of sunset and sunrise.

Climate: Rhode Island has warm and rainy summers, and chilly winters and has its climate borderline between humid continental and humid subtropical. The least temperature ever recorded in Rhode Island was about -31 degrees Celsius.

Geology: Cumberlandite, a rare rock is found especially in Rhode Island and is known as the state rock. It is the major iron ore and some of these deposits are mined for ferrous content.

Politics: Rhode Island has long abolished capital punishment and is among the 15 states that has done so. This state is counted in one of those that do not have an official residence for the governor. It is a democratic state with many parties and has the eighth highest electoral vote’s number. It is also named as the ninth safest state in the country.

Ancestry: Rhode Island has the major ancestry of Italian followed by Irish. Other than these, the ancestry comes from various other descents and is one of the states having such a blend in its base.

Economy: The economy of Rhode Island has the colonial base in fishing. Rhode Island has a strong base in textile industry. Because of the depression, an interesting factor of Rhode Island remains with the chief abandoned factories. Major revenue comes from services predominantly like healthcare and educational sectors.

Culture: The accent is quite different from the normal American accent and in most cases water is heard like watuh. The ‘aw’ sound is highlighted. Many dishes are unique and specific to Rhode Island which cannot be found anywhere else and the sea food is especially considered to be the best in taste with more than 30 famous continental restaurants spread throughout the state. 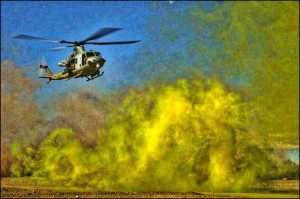 There is a very strong military base in Rhode Island and there are also many institutes that teach the warfare. The most famous institute of Naval War College prepares the selected graduates in various aspects of warfare of Navy. The famous Newport has the station castle hill coastguard and as per the official statement, Newport is the sailing capital of the world and thus high military security needs to be provided most of the time.

There are two Coast Guard bases, and one Navy base in Rhode Island. The Station Castle Hill Coast Guard at Newport in Rhode Island is referred to as the sailing capital of the world, and it offers a strategic point when it comes to defining the country’s military goals. The United States Coast Guard present in the Rhode Island area enhances the border security, and the Newport naval base in Rhode Island encapsulates two major areas- Newport and Middletown. These three bases have the mission to strengthen the US navy, with teamwork, residential learning for the newcomers and hard work to maintain internal and national security. These naval bases have a rich legacy, especially due to their effective operation during the World War II.