Our court-martial defense attorneys have successfully defended military servicemembers around the world.

Joint Base McGuire-Dix-Lakehurst is the United States’ only tri-service joint base with Active-duty, reserve, and guard service members from the U.S.Air Force, U.S. Army, U.S. Navy, U.S. Marine Corps, and U.S. Coast Guard.  The facility is a training, support, sustaining installation with global contingency operations as well.  This facility allows the Armed Forces to uniquely handle the nation’s defense via air, land, and sea.

Joint Base McGuire-Dix-Lakehurst spans more than 20 miles east to west in New Jersey, including 10 townships or boroughs.  It hosts more than 80 mission partners who provide a wide range of services including airlift, air refueling, mobilization and demobilization of troops, and research and development of the testing platform.

If you are faced with a military legal matter and need the assistance of a knowledgeable law firm contact the law office of Gonzalez & Waddington.   We represent military personnel who serve at Joint Base McGuire-Dix-Lakehurst, New Jersey, as well as U.S. bases around the world. With the expertise of our military attorneys we are able to represent clients and fight court-martial cases throughout the United States, Europe (Germany, Italy, England, Spain, Cypress, Belgium, Turkey), the Middle East (including Bahrain, Kuwait, Afghanistan, Qatar), and the Pacific Rim (Korea, Guam, Hawaii, Japan). Our team competitively defends Marine Corps, Army, Air Force, and Navy service members.

The hard-hitting military defense attorneys at Gonzalez & Waddington have gained a reputation for representing military service members at military installations worldwide. If you are stationed in Joint Base McGuire-Dix-Lakehurst and are suspected of a military crime, then having the most aggressive court-martial defense lawyer can be the difference between losing your case versus winning your case or saving your career. Our criminal defense attorneys represent Joint Base McGuire-Dix-Lakehurst military personnel in both UCMJ and administrative matters to include defending military personnel suspects of sexual assault, rape, and other offenses under the UCMJ.

This video is a great example of why you should hire the best court-martial attorneys available.

Unlike the majority of civilian-military criminal defense attorneys or your free military lawyer, pleading guilty is not something we do often. We force the military to prove their case beyond a reasonable doubt. We take just about every case to trial and fight the allegations in front of a panel.

Call today to speak with a high-powered court-martial attorney.

Military service members stationed in Joint Base McGuire-Dix-Lakehurst merit the best military defense attorneys possible to defend them at their court-martial or administrative separation (ADSEP) board.

If you or a loved one are stationed in Joint Base McGuire-Dix-Lakehurst and are accused of a UCMJ offense such as sexual assault or if you are facing an admin discharge, Article 15, elimination board, letter of reprimand, then call our court-martial defense lawyers immediately. 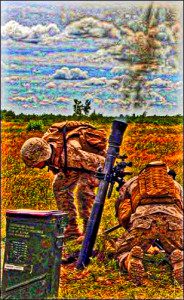 The Joint Base McGuire-Dix-Lakehurst is commonly referred to as the Joint Base MDL. This is situated near New Jersey. Since it is a joint base, it combines the forces of the Army, Air Force and the Navy – the resources and personnel of the Army Fort Dix, McGuire Air Force Base and the Naval Air Engineering Station Lakehurst have come together. The Joint Base MDL was formed in 2009 by merging the three military bases together, making this base one of 12 joint bases, as per the recommendations presented in the Base Realignment and Closure Commission in 2005.

The Joint Base MDL is also home to the 87th Air Base Wing, the 305th Mobility Wing, the 108th Refueling Wing, the USAF Expeditionary Center, the 621st Contingency Response Wing, the 21st Expeditionary Mobility Task Force and 514th Air Mobility Wing. The base also has C-17A Globemasters and KC-10 Extenders, which are used to transport cargo and troops and to help in refueling wherever the troops have been deployed for their missions. 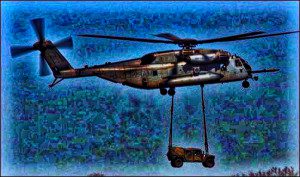 Because of the aforementioned reason, it is possible that you may find yourself the victim of very long and drawn out legal proceedings even though you are not actually at fault. For example, it is possible for a person to have been charged with manslaughter, assault, sexual assault, or rape. Charges could also be raised on minor infractions, such as misdemeanors. In this case, it would be extremely beneficial for the actively serving members at the Joint Base MDL to have the legal help and support of trained and experienced legal experts such as Gonzalez & Waddington.