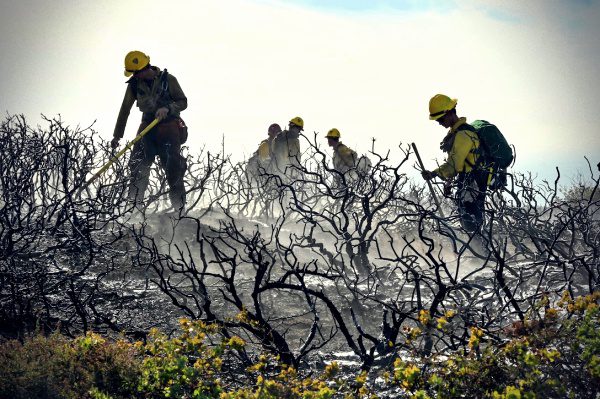 The U.S. military has sanctioned 10 service members for their conduct in a prostitution scandal during President Obama’s trip in April to Cartagena, Colombia.

Three of the men will fight the actions through a formal court-martial proceeding, the U.S. Southern Command announced Wednesday.

The scandal has engulfed two dozen members of the military and the Secret Service, overshadowing the president’s involvement in an international economic summit. The charges against the men range from heavy drinking to soliciting prostitutes during a night of partying just two days before Obama arrived for the Summit of the Americas.

The roles of the 13 Secret Service employees have been well-documented in media reports, but less is known about the involvement of the military members, who were noncommissioned officers from several branches of the service.

SouthCom’s commander, Air Force Gen. Douglas Fraser, announced the sanctions in a news release. Nine service members were served with nonjudicial punishment, the military’s version of a misdemeanor, and another was issued a letter of reprimand that cleared him of violating the military’s code of justice.

The men’s punishment has yet to be determined but could range from restrictions on duties to demotions, SouthCom spokesman Raymond Sarracino said. He added that three of the men have decided to exercise their right to request a court-martial in an attempt to fight the sanctions.

Sarracino said that of the six service members who accepted the nonjudicial punishment sanctions, two are Marines and four are soldiers.

“For them to accept the punishment that is meted out is definitely serious,” Sarracino said. “Whether it’s a career-ender, we do not know yet.”

Two additional military service members remain under investigation for their roles in the scandal, he said.

The Secret Service, in a separate investigation, determined that nine of its members had paid prostitutes for sex. Several are contesting their dismissals from the agency.