Military Rule of Evidence 609 – Impeachment with a Prior Conviction

Amended (2008) Military Rule of Evidence 609. Impeachment by evidence of conviction of crime

(a) General rule. For the purpose of attacking the credibility character for truthfulness of a witness,

(1) evidence that a witness other than an accused has been convicted of a crime shall be admitted, subject to Mil. R. Evid. 403, if the crime was punishable by death, dishonorable discharge, or imprisonment in excess of one year under the law under which the witness was convicted, and evidence that an accused has been convicted of such a crime shall be admitted if the military judge determines that the probative value of admitting this evidence outweighs its prejudicial effect to the accused; and

(2) evidence that any witness has been convicted of a crime shall be admitted if it involved dishonesty or false statement, regardless of the punishment, if it readily can be determined that establishing the elements of the crime required proof or admission of an act of dishonesty or false statement by the witness. In determining whether a crime tried by court-martial was punishable by death, dishonorable discharge, or imprisonment in excess of one year, the maximum punishment prescribed by the President under Article 56 at the time of the conviction applies without regard to whether the case was tried by general, special, or summary court-martial.

Evidence of a conviction under this rule is not admissible if a period of more than ten years has elapsed since the date of the conviction or of the release of the witness from the confinement imposed for that conviction, whichever is the later date, unless the court determines, in the interests of justice, that the probative value of the conviction supported by specific facts and circumstances substantially outweighs its prejudicial effect. However, evidence of a conviction more than ten years old as calculated herein, is not admissible unless the proponent gives to the adverse party sufficient advance written notice of intent to use such evidence to provide the adverse party with a fair opportunity to contest the use of such evidence.

Evidence of juvenile adjudications is generally not admissible under this rule. The military judge, however, may allow evidence of a juvenile adjudication of a witness other than the accused if conviction of the offense would be admissible to attack the credibility of an adult and the military judge is satisfied that admission in evidence is necessary for a fair determination of the issue of guilt or innocence.

Definitions in Military Rule of Evidence 609

For purposes of this rule, there is a “conviction” in a court-martial case when a sentence has been adjudged.

This method of impeachment can be done in cross-examination, with extrinsic evidence, or both. An important element in the analysis is the type of crime for which the witness was convicted.

Crimen falsi convictions are crimes such as perjury, false statement, fraud, or embezzlement, which involve deceitfulness or untruthfulness bearing on the witness’s propensity to testify truthfully. For crimen falsi crimes, the maximum punishment is irrelevant and the military judge must admit proof of the conviction. 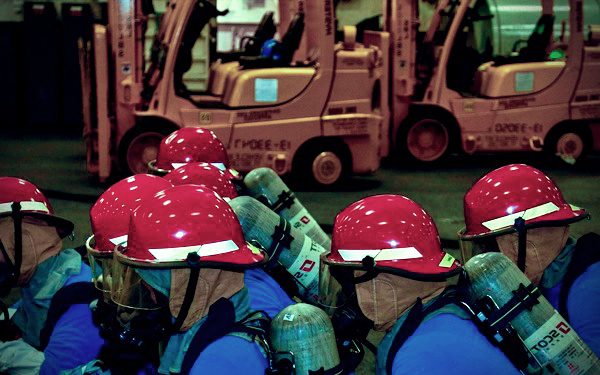 Balancing test for witnesses: Admissibility of non crimen falsi convictions of witnesses is governed by Rule 403. The military judge
can exclude this evidence if the probative value is substantially outweighed by unfair prejudice.

Balancing test for the accused witness

Conviction generally inadmissible if more than 10 years old. May be admitted if: Interests of justice require; probative value substantially outweighs prejudicial effect; proponent provides other party with notice. Although not specifically stated in the rule, most commentators believe the ten year limitation applies to crimen falsi as well as non crimen falsi convictions.

Generally not admissible unless necessary to a fair resolution of the case, and evidence would have been admissible if witness previously had been tried as an adult. Juvenile proceedings may be used against an accused in rebuttal when he testifies that his record is clean. See United States v Kindler, 34 CMR 174 (C.M.A. 1964).

Summary courts-martial are allowed only if the accused was represented by counsel or representation was affirmatively waived. United States v. Rogers, 17 M.J.990 (A.C.M.R. 1984)