Legal Defense of Justification in a Military Court-Martial

Use of non-deadly force. Reasonable, non-deadly force may be used to protect personal property from trespass or theft. In the case of the United States v. Regalado, 33 C.M.R. 12 (C.M.A. 1963) (one lawfully in charge of premises may use reasonable force to eject another if the other has refused an oral request to leave and a reasonable time to depart has been allowed); In the case of the United States v. Hines, 21 C.M.R. 201 (C.M.A. 1956) (concerning on-post quarters, commander on military business is not a trespasser subject to accused’s right to eject).

In the case of the United States v. Adams, 18 C.M.R. 187 (C.M.A. 1955) (generally, a military person’s place of abode is where he bunks and keeps his private possessions. His home is the particular place where the necessities of the service force him to live. This may be a barracks, a tent, or even a fox hole. Whatever the name of his place of abode, it is his sanctuary from unlawful intrusion, and he is entitled to stand his ground against a trespasser, to the same extent that a civilian is entitled to stand fast in his civilian home); see also In the case of the United States v. Lincoln, 38 C.M.R. 128 (C.M.A. 1967). See generally Peck, The Use of Force to Protect Government Property, 26 Mil. L. Rev. 81 (1964); Benchbook paragraph 5-7.

Use of deadly force. Deadly force may be employed to protect property only if (1) the crime is of a forceful, serious, or aggravated nature, and (2) the accused honestly believes the use of deadly force is necessary to prevent property loss, for example, in the United States v. Lee, 13 C.M.R. 57 (C.M.A. 1953).

Reasonable force. While it is well established that a service member has a legal right to eject a trespasser from her military bedroom and a legal right to protect her personal property, the soldier has no legal right to do so unreasonably. For example, in the United States v. Marbury, 56 M.J. 12 (C.A.A.F. 2001) (the accused’s immediate return to her bedroom brandishing a knife to eject her assailant was an excessive or unreasonable force unlawful conduct).

Under military law, a private person may use force essential to prevent the commission of a felony in his presence. However, the degree of force should not exceed that demanded by the circumstances, in the United States v. Hamilton, 27 C.M.R. 204 (C.M.A. 1959). See generally Peck, The Use of Force to Protect Government Property, 26 Mil. L. Rev. 81 (1964). While felony is not defined in the 2008 Manual for Courts-Martial, 18 U.S.C. § 1 (1) (1982) defines it as an offense punishable by death or imprisonment for a term exceeding one year.

Use of deadly force. In the case of the United States v. Person, 7 C.M.R. 298 (A.B.R. 1953) (soldier on combat patrol justified in killing unknown attacker of another patrol member where (1) victim was committing a felony in the accused’s presence, and (2) the accused attempted to inflict less than deadly force).

A death, injury, or other act caused or done in the proper performance of a legal duty is justified and not unlawful. R.C.M. 916(c).

Justification is raised only if the accused was performing a legal duty at the time of the offense. For example, in the case of the United States v. Rockwood, 52 M.J. 98, 112 (1999) (holding that neither international law nor television speech by the President imposed on accused a duty to inspect Haitian penitentiary for possible human rights violations); In the case of the United States v. McMonagle, 38 M.J. 53 (C.M.A. 1993) (killing civilian may be justified by a mistake of fact as to victim’s identity, although not the facts of this case).

In the United States v. Little, 43 M.J. 88 (C.A.A.F. 1995) (the accused’s statements in providence inquiry about his authorization for possession of a work knife were substantially inconsistent with the guilty plea for unauthorized possession of a dangerous weapon on a naval vessel).

In the case of the United States v. Reap, 43 M.J. 61 (C.A.A.F. 1995) (naval custom whereby goods are bartered or traded from department to department to avoid delays, red tape, and technicalities incident to acquisition through regular supply channels, is not a defense to the wrongful disposition of government property unless it rises to the level of a claim of authority or honest and reasonable mistaken belief of authority).

In the case of the United States v. Rockwood, 52 M.J. 98 (C.A.A.F. 1999) (the accused’s interpretation of the President’s command intent did not create a legal duty to inspect penitentiary in Haiti accused could not base a special defense of justification on the ground. The commander, not the subordinate, assesses competing concerns and develops command mission priorities). 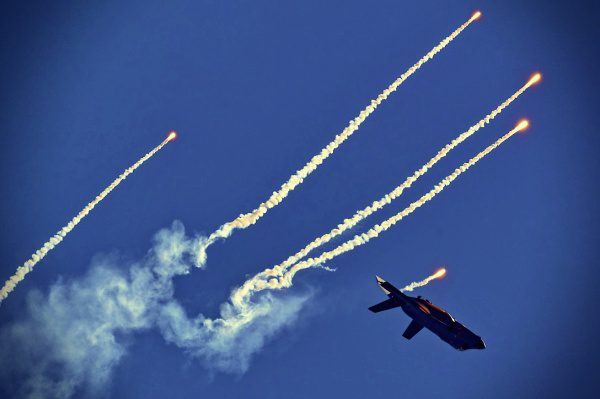 Accused’s actual knowledge of illegality required. In the case of the United States v. Whatley, 20 C.M.R. 614 (A.F.B.R. 1955) (where the superior ordered accused to violate a general regulation, the defense of obedience to orders will prevail unless the evidence shows that the accused had actual knowledge that the order was contrary to the regulation and that he could not have reasonably believed that the superior’s order may have been valid).

The processing of a conscientious objector application does not afford an accused a defense against his obligation to deploy, even if the orders violate service regulations concerning conscientious objections, in the United States v. Johnson, 45 M.J. 88 (C.A.A.F. 1996).

The Right to Resist Restraint.

Illegal confinement. “Escape” is from lawful confinement only; if the confinement itself was illegal, then no escape. MCM, pt. IV, paragraph 19c(1)(e); In the case of the United States v. Gray, 20 C.M.R. 331 (C.M.A. 1956) (no crime to escape from confinement where accused’s incarceration was contrary to orders of a superior commander).

The UCMJ has recognized the right of a parent to discipline a minor child utilizing moderate punishment, for example, in the United States v. Scofield, 33 M.J. 857 (A.C.M.R. 1991).

The use of force by parents or guardians is justifiable if: the force is used to safeguard or promote the welfare of the minor, including the prevention or punishment of his misconduct; and the force is not designed to cause or known to create a substantial risk of causing death, serious bodily injury, disfigurement, extreme pain or mental distress or gross degradation in the case of the United States v. Brown, 26 M.J. 148 (C.M.A. 1988).

Tying a stepson’s hands and legs and placing a plastic bag over his head went beyond the use of reasonable or moderate force allowed in the parental discipline. In the case of the United States v. Gowadia, 34 M.J. 714 (A.C.M.R. 1992).

The accused, who admitted striking his child out of frustration and as means of punishment and who made no claim that he honestly believed that force used was not such as would cause extreme pain, disfigurement, or serious bodily injury, was not entitled to an instruction on parental discipline defense, in the case of the United States v. Gooden, 37 M.J. 1055 (N.M.C.M.R. 1993).

Evidence of one closed-fist punch, without evidence of actual physical harm, was legally sufficient to overcome the affirmative defense of parental discipline where the punch was hard enough to knock down the accused’s 13-year old son, in the case of the United States v. Rivera, 54 M.J. 489 (C.A.A.F. 2001).

Not an Affirmative Defense. 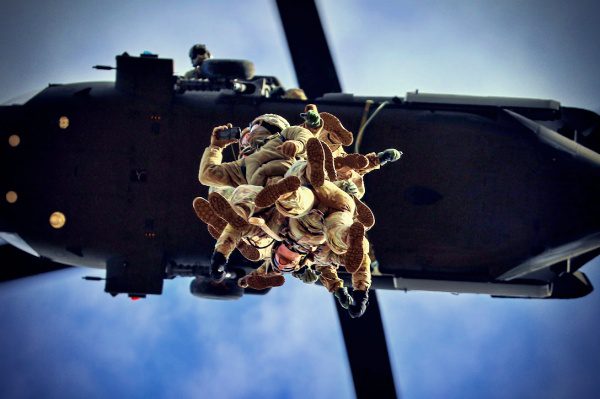