Cities in New Hampshire where our military defense attorneys represent service members at court martial and in administrative separations:

Portsmouth Naval Shipyard is a Navy shipyard located in Kittery, near Portsmouth, New Hampshire. Established on June 12, 1800, the base has continued its service up to today and has earned the recognition of being the oldest continuously-operating shipyard of the US Navy. The shipyard has the primary mission of overhauling, repairing, and modernizing the Los Angeles class submarines operated by the US Navy.

New Hampshire is located in New England region, in the northeastern parts of the United States of America. The country records humid but continental climate, with cold winters and almost uniform rate of precipitation all throughout the year.

The state is about 180 miles long with extreme width measuring 93 miles. They rank forty-fourth in size among the fifty states of the United States.

The state is roughly in shape of a right triangle. The state holds a total land area of 8968 square miles. It is bounded by Quebec province in the north and by Maine in the east and by Massachusetts on the south and by Vermont on the west.

The largest city is Manchester, when compared to the capital city, Concord. New Hampshire is also commonly called as The Granite State. 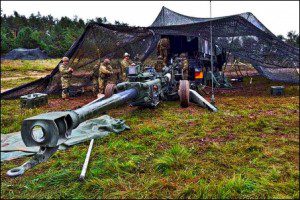 New Hampshire is most commonly called by poets for its natural beauty as “Queen State”. The various reasons for being called as queen includes by her native spirit, by diversified industries and by motherhood of great men.

The queen is enthroned on the hills of granite surrounded by sparkling waters with popular industries. The state entertains millions of summer visitors who resort to enjoy the scenic beauty of mountains, lakes and seashore.

The soil is suitable for growing fruits, flowers and veggies. The scenic beauty is accentuated by various forests like pine, spruce and hard wood and adds wealth to the land as well. The state is famous for the products made from the sap of the maple tree. Hampton and Rye beaches are most famous spots during summer.

The salt waves of the Atlantic enchant visitors to enjoy surf bathing with scenic beauty. Hampshire state has 1300 lakes and about 40,000 miles of rivers and streams that favor for year round fishing and recreation facilities.

They provide power for many industries in the state. The hillsides of New Hampshire are famous for the finer flavor of apples. Fruits like strawberries, blueberries, peaches and various other products of the garden are grown in large quantities and shipped across hundreds of miles. The White Mountains have the widest fame with the natural feature. The water bodies cover nearly one hundred and fifteen thousand acres of the state land. The state holds some of the finest ski terrain where the sport is enjoyed for three months from July to August. 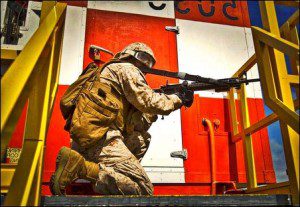 This shipyard is located near the mouth of Piscataquis River. It is mainly used for repairing and remodeling navy ships. The place holds a history of ship building and the first submarines were constructed here.

L-8 was the first submarine to be constructed. After World War II, they continuously redesigned and constructed new submarines. The newly constructed submarines produced a great impact on today’s submarine technology and models.

The Portsmouth Naval shipyard acts as a hub for the development and design of the submarines. More than seventy submarines were constructed during the World War II, making a record of four submarines being constructed each day by employing thousands of workers at the shipyard.

The shipyard is committed to be the head in environmental management. The Portsmouth Naval shipyard aims to serve the US Navy in their services with modernization, and it repairs all the submarines and other surface vehicles. It is the oldest shipyard which is commonly operated by the US Navy. It provides quality overhaul work to the US Navy’s nuclear power submarine fleet in a safe and timely manner.