(For offenses committed after 1 January 2019)

Our team of seasoned sex crime attorneys has the education to aggressively defend your charges against military prosecutors. They are some of the most experienced in the area of rape defense. Our hard-hitting court-martial lawyers have decades of sex crime defense experience. If you or a loved one has been accused of a sexual offense such as Forcible Pandering, then act now! Our aggressive military defense attorneys will aggressively defend you.

A sexual crime is a crime that occurs when a military service member sexually assaults or pushes a forced sexual act through psychological and physical manipulation. We have successfully defended and acquitted service members throughout the USA. Check out our court-martial case results to learn more.

The hard-hitting military attorneys at Gonzalez & Waddington have earned a reputation for defending service members at US military bases worldwide, such as Cyprus. Suppose you are suspected of a military offense. In that case, having the most experienced defense attorney can be the difference between having your rights trampled versus winning your case or redeeming your career. Our military attorneys represent service members in criminal and administrative matters, including representing service members accused of sexual assault, adultery, BAH fraud, and other crimes under military law.

Unlike most civilian court-martial defense attorneys or your free counsel, pleading guilty is not something we commonly recommend. Instead, when our attorneys take a case, we make the prosecution prove their case beyond a reasonable doubt. Then, we take nearly every case to trial and fight the allegations before a military jury.

Our trial victories speak for themselves. The suspected service member and his or her desired outcome is our principal concern. Our court-martial attorneys maintain lighter caseloads than the usual assigned military defense lawyer so that we can concentrate on each case on an individual basis. Your trial will not be outsourced to a random lawyer, and we will not bully you into pleading guilty at the eleventh hour. Our criminal defense attorneys have defended Army court-martial and administrative separation (ADSEP) cases in the United States and globally.

The Maximum Punishment for Forcible Pandering – Article 120c, UCMJ is:

In that 1SG Ricardo Risselly, US Army, did at or near For Hood, Texas, on or about July 14, 2023, wrongfully compel Sara Sallison to engage in a sexual act with Johnny da John, to wit: engage in oral and vaginal intercourse, for the purpose of receiving money.

Each element must be proven beyond a reasonable doubt by the prosecution.

Definitions and Other Instructions for Forcible Pandering – Article 120c, UCMJ:

“Compel” means causing another to do something against his/her will by force, threats, or overwhelming pressure.

“Act of prostitution” means a sexual act or sexual contact on account of which anything of value is given to, or received by, any person.

“Sexual act” means:
(A) the penetration, however slight, of the penis into the vulva or anus or mouth;
(B) contact between the mouth and the penis, vulva, scrotum, or anus; or
(C) the penetration, however slight, of the vulva or penis or anus of another by any part of the body or any object, with an intent to abuse, humiliate, harass, or degrade any person or to arouse or gratify the sexual desire of any person.

“Sexual contact” means touching, or causing another person to touch, either directly or through the clothing, the vulva, penis, scrotum, anus, groin, breast, inner thigh, or buttocks of any person, with an intent to abuse, humiliate, harass, or degrade any person or to arouse or gratify the sexual desire of any person. Touching may be accomplished by any part of the body or an object.

The “vulva” is the external genital organs of the female, including the entrance of the vagina and the labia majora and labia minora. “Labia” is the Latin and medically correct term for “lips.”

NOTE:
Pandering as requiring three persons. Pandering requires three persons. If only two persons are involved, the evidence may raise the offense of solicitation to commit prostitution. US v. Miller, 47 MJ 352 (CAAF 1997). 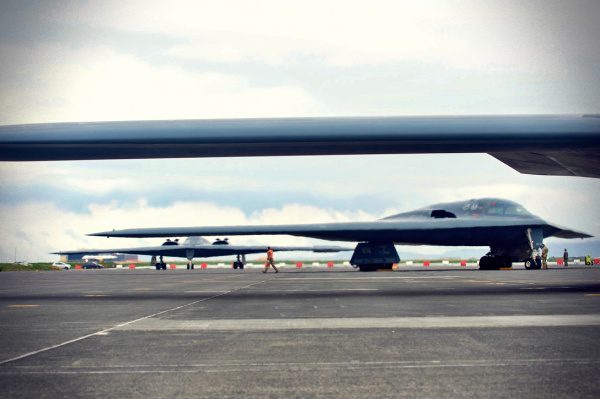 Our firm’s founding partners, Michael Waddington and Alexandra Gonzalez-Waddington, graduated from Temple University School of Law in Philadelphia, PA. In addition, Mr. Waddington is a member of the American Board of Criminal Lawyers. The ABCL is regarded as one of the most esteemed legal groups made up of some of the most accomplished defense lawyers in the United States. Membership is by invitation only and is exclusive to extremely qualified defense attorneys that have a decade of experience defending criminal clients. In addition, they must have defended 50 or more felony trials and must have won 35 or more jury trials during this time.

In addition, he was voted a “Super Lawyer” in Georgia and is rated Superb on AVVO.com. A few of Michael Waddington’s cases were made into movies, such as “The Kill Team.” He also regularly instructs defense lawyers on closing arguments.
Our aggressive military criminal defense attorneys will use our skills to defend your court-martial or ADSEP case.

Service members require the best military defense attorneys possible to represent them at their court-martial or ADSEP proceeding.

Our seasoned court-martial lawyers and their victories set us apart from less seasoned lawyers.

If you or a loved one are suspected of a military sexual crime or if you are facing an administrative discharge, NJP, show cause board, letter of reprimand, then contact our court-martial defense attorneys right away.

Our seasoned criminal defense attorneys and their victories set us apart from less hard-hitting attorneys.

If you or a loved one are facing a court-martial for a military Article 120 UCMJ crime or if you are facing an administrative discharge, Article 15, show cause board, letter of reprimand, then reach out to our civilian attorneys now.

The accused Soldier and his or her well-being is our primary concern. Our military attorneys maintain lighter caseloads than the average appointed military defense lawyer so that we can concentrate on every case on an individual basis. Your case will not be outsourced to a third party, and we will not power you into pleading guilty at the last minute. Our court-martial defense lawyers have contested US Army court-martial and administrative separation (ADSEP) cases in the United States and around the world.