What to Know About Obeying an Unlawful Military Order

When Can a Soldier Disobey an Order?

A superior’s order is presumed to be lawful and is disobeyed at the subordinate’s peril. To sustain the presumption, the order must relate to military duty. It must not conflict with the statutory or constitutional rights of the person receiving the order. Finally, it must be a specific mandate to do or not to do a specific act. In sum, an order is presumed lawful if it has a valid military purpose and is a clear, precise, narrowly drawn mandate. United States v. Moore, 58 M.J. 466 (C.A.A.F. 2003). The dictates of a person’s conscience, religion, or personal philosophy cannot excuse disobedience. United States v. Stockman, 17 M.J. 530 (A.C.M.R. 1973).

Orders Must Have a Valid Military Purpose

The order must relate to military duty, which includes all activities reasonably necessary to accomplish a military mission or safeguard or promote the morale, discipline, and usefulness of unit members and directly with the maintenance of good order in the armed forces. MCM, pt. IV, 14c(2)(a)(iii). The order can affect otherwise private activity. United States v. McDaniels, 50 M.J. 407 (C.A.A.F. 1999) (order to not drive a personal vehicle after diagnosis of narcolepsy); United States v. Hill, 49 M.J. 242 (C.A.A.F. 1999) (no-contact order issued by military police had a valid military purpose of maintaining good order and discipline in the military community and of protecting the alleged victim while during the investigation); United States v. Padgett, 48 M.J. 273 (C.A.A.F. 1998) (order requiring 25-year- old service member to terminate his romantic relationship with 14-year-old girl had a valid military purpose); United States v. Milldebrandt, 25 C.M.R. 139 (C.M.A. 1958) (order to report, while on leave, financial conditions unrelated to the military did not have a valid military purpose).

An order that has a private end for its sole object is unlawful, but an order that benefits the command and serves individuals is lawful. United States v. Robinson, 20 C.M.R. 63 (C.M.A. 1955) (use of enlisted personnel in Officers’ Open Mess at Fort McNair).

An order that is “arbitrary and capricious, overly broad in scope, or to impose an unjust limitation on a personal right” is not lawful. United States v. Milldebrandt, 25 C.M.R. 139 (C.M.A. 1958) (order to report, while on leave, financial conditions unrelated to the military was not lawful); United States v. Spencer, 29 M.J. 740 (A.F.C.M.R. 1989) (order to turn over all civilian medical records to the military clinic by specific date was unlawful because it was broader and more restrictive of private rights and personal affairs than required by military needs and provided for by service regulation); United States v. Jeffers, 57 M.J. 13 (C.A.A.F. 2002) (no social contact order with female in unit with whom accused had an adulterous relationship not overbroad).

A service member who violates the terms of a no-contact order is subject to punishment under either Article 90 or Article 92, without the necessity of proof that the contact was undertaken for an improper purpose. Public policy supports a strict reading of a no-contact order. A military commander who has a legitimate interest in deterring contact between a service member and another person is not required to sort through every contact to determine, after the fact, whether there was a nefarious purpose. United States v. Thompkins, 58 M.J. 43 (C.A.A.F. 2003).

A commander may lawfully order a military member not to consume alcoholic beverages as a condition of the pretrial restriction, if reasonably necessary to protect the morale, welfare, and safety of the unit or the accused; to protect victims or potential witnesses, or to ensure the accused’s presence at the court-martial or pretrial hearings in a sober condition. United States v. Blye, 37 M.J. 92 (C.M.A. 1993).

Orders restricting loans between service members may be lawful if there is a sufficient connection between the military’s duty to protect its members’ morale, discipline, and usefulness. United States v. McClain, 10 M.J. 271 (C.M.A. 1981) (upholding conviction for violation of a regulation prohibiting loans between permanent party personnel and trainees at Fort Jackson); United States v. Smith, 1 M.J. 156 (C.M.A. 1975) (regulation prohibiting all loans for profit or any benefit without consent of commander, without a corresponding military need, was invalid as too restrictive); United States v. Giordano, 35 C.M.R. 135 (C.M.A. 1964) (order fixing a maximum legal rate of interest on loans among military members was lawful). 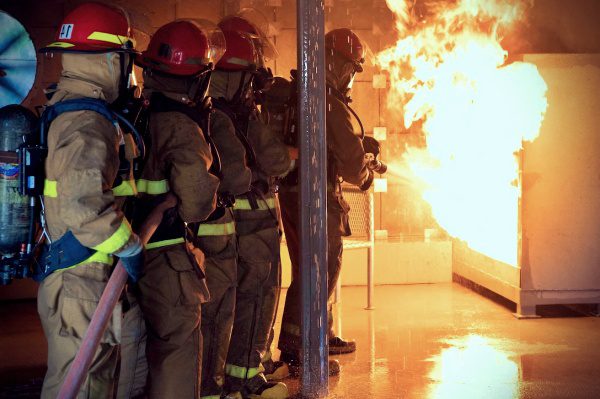 They were writing checks.

Regulations may proscribe the use of customs-free privileges in Korea for personal gain or profit. United States v. Lehman, 5 M.J. 740 (A.F.C.M.R. 1978).

As long as not unreasonable and not unduly humiliating or degrading, an order to produce a urine specimen under direct observation is lawful. Unger v. Ziemniak , 27 M.J. 349 (C.M.A. 1989).

The regulation prohibiting the transportation of persons without prescribed travel documents on the Helmstadt-Berlin autobahn between former East and West Germany in a vehicle with the United States military registration was lawful. It was not a violation of human rights or the Thirteenth Amendment. United States v. Stockman, 17 M.J. 530 (A.C.M.R. 1983).

Regulations requiring service members to obtain approval from their commanders before circulating petitions on military installations are lawful. Brown v. Glines, 444 U.S. 348 (1979) (Air Force had substantial governmental interest unrelated to the suppression of free expression; while 10 U.S.C. § 1034 ensures that individual servicemen can write to members of Congress without sending the communication through official channels, it does not cover the general circulation of a petition within a military base); Secretary of the Navy v. Huff, 444 U.S. 453 (1979) (similar Navy regulation).

Litigating the Issue of Lawfulness of the Order