Can I Own a Gun if I am Convicted at a Military Court Martial? 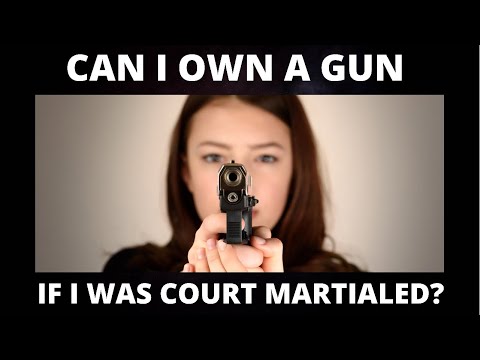 Contact a military defense lawyer BEFORE you are convicted

Our military defense attorneys are commonly asked, “If I’m court-martialed, can I own a gun?”

The answer is: IT DEPENDS.

It depends on what you are convicted of. It depends on the level of court-martial and the crime. For example, a misdemeanor conviction of domestic violence will usually bar you from owning a gun, even though it is not a felony and you do not get a Dishonorable discharge.

A military court-martial conviction can take away your gun rights

Regardless of the level of court-martial, if you are convicted of a domestic violence crime, you’re not going to be allowed to have a firearm. The same goes for felony convictions and most convictions at a General-court martial. In addition, a Dishonorable discharge will bar you from owning a gun.

There are some specific military crimes and punishments that will prohibit you from owning or buying a firearm in the future if you’re convicted. In addition, all Felony convictions will bar you from owning a gun.

According to the Department of Treasury Bureau of Alcohol, Tobacco, and Firearms, TD ATF-391, Definitions for the Categories of Persons Prohibited From Receiving Firearms (95R-051P).

The Bureau of Alcohol, Tobacco, and Firearms (ATF) is amending the regulations to provide definitions for the categories of persons prohibited from receiving or possessing firearms. The definitions will facilitate implementing the national instant criminal background check system (NICS) required under the Brady Handgun Violence Prevention Act.

These prohibitions to owning a firearm apply to any person who:

Section 922(n) of the GCA makes it unlawful for any person under indictment for a crime punishable by imprisonment for a term exceeding one year to ship or transport any firearm in interstate or foreign commerce. Additionally, they cannot receive any firearm which has been shipped or transported in interstate or foreign commerce.”
Read the complete Firearm regulation here:

Discuss the facts of your case with a Military Defense Lawyer

How do you prevent a situation where I cannot own a gun. First, don’t commit any military crimes. Second, if you commit a crime, don’t get convicted at a court-martial and get the best sentence possible. To do this, you need to get the best military defense lawyer possible so they can advise you and guide you based on your facts, your jurisdiction, and your case. Then figure out how to avoid a conviction, if possible, and avoid a dishonorable discharge or bad conduct discharge. 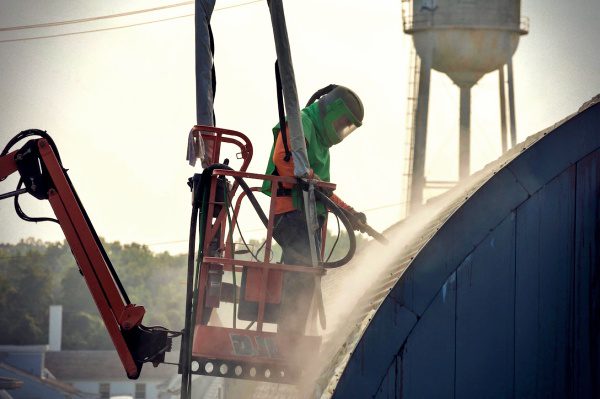 There are ways to get out of the military and avoid a conviction. A discharge in lieu of separation is one way, and resignation is the other. If you’re concerned about not be allowed to own a gun, talk to a lawyer. Brief that lawyer on your fact pattern. Figure out the best way possible to avoid not only a conviction but also avoid losing your fundamental constitutional rights, like the right to bear arms.

Criminal defense lawyer, Michael Waddington, discusses whether you can own a gun if you are convicted at a court-martial? Call 1-800-921-8607 to speak with a criminal defense attorney today.