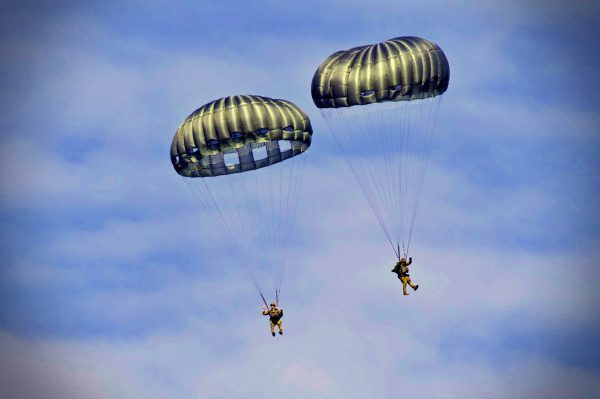 M.R.E. 413 is intended to provide for more liberal admissibility of character evidence in criminal cases of sexual assault where the accused has committed a prior act of sexual assault. Manuel for Court Martial, Appendix 22, M.R.E. 413.

Logically relevant evidence under M.R.E. 413 may be excluded under M.R.E. 403 if its probative value is substantially outweighed by the danger of unfair prejudice to the Accused, confusion of the issues, or misleading the members, or by considerations of undue delay, waste of time, or needless presentation of cumulative evidence. “Rule 403 balancing test should be applied ‘[i]n light of the strong legislative judgment that evidence of prior sexual offenses should ordinarily be admissible [.]”‘ United States v. Wright, 53 M.J. 476, 482 (C.A.A.F., 2000) (quoting United States v. Lecompte, 131 F.3d 767. 769 (8th Cir., 1997)).

In United States v. Wright, 53 M.J. 476 (2000), the United States Court of Appeals for the Armed Forces (“C.A.A.F.”) set out specific factors for the Court to consider when applying the M.R.E. 403 balancing test, in light of the strong legislative judgment that evidence of prior sexual offenses should normally be admissible. 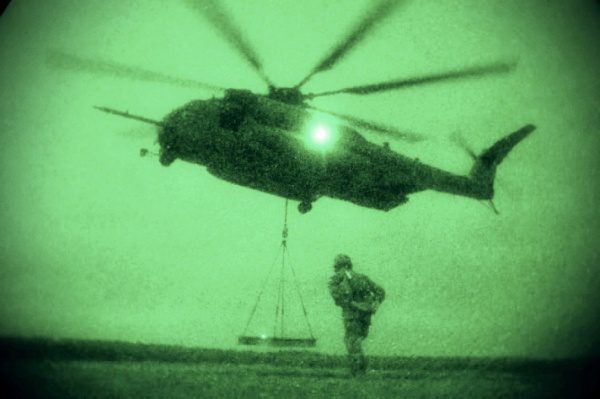 Those factors are:
1) The strength of proof of the prior act;
2) The probative weight of the evidence;
3) The potential for less prejudicial evidence;
4) The distraction of the fact finder;
5) The time needed to prove the prior conduct;
6) The temporal proximity between the offenses;
6) The frequency of the acts;
7) The lack of or presence of intervening circumstances; and
8) The relationship between the parties.

Military Rule of Evidence 404(b) states that “evidence of other crimes, wrongs, or acts is not admissible to prove the character of a person in order to show action in conformity therewith. It may, however, be used for other purposes, such as proof of motive, opportunity, intent, preparation, plan, knowledge, identity, or absence of mistake or accident, provided, upon request by the accused, the prosecution shall provide reasonable notice in advance of trial.. . of the general nature of any such evidence it intends to introduce at trial.” In United States v. Reynolds, 29 M.J. 105, 109 (C.M.A. 1989), the Court of Military Appeals set out a three-pronged test, consistent with United States v. Huddleston, 485 U.S. 681 (1988), to determine the admissibility of uncharged acts under M.R.E. 404(b):

1) Does the evidence reasonably support a finding by the court that the appellant committed the prior crimes, wrongs or acts?;
2) Does the evidence make a fact of consequence in the case more or less probable?;
3) Is the evidence’s probative value substantially outweighed by the danger of unfair prejudice?

If the evidence fails any of the three parts, it is inadmissible.

The Accused is charged with “an offense of sexual assault,” as defined by M.R.E. 413(d), in that he is alleged to have committed a sexually act on VICTIM #1 on or about 1 May 2022, in violation of Article 120, UCMJ. Additionally, he is alleged to have committed a sexual contact offense as well. The fact that the Accused sexually assaulted another male victim in the past, could lead a panel to reasonably find that the accused committed the offense in question. There is a meaningful correlation regarding the nature of these offenses, and this evidence is clearly relevant under M.R.E. 401 and 402.

Berry, 61 M.J. 91 (C.A.A.F. 2005), where the issue of whether an adolescent incident would be admitted for an act that occurred 8 years later when the accused had become an adult. In the current case both incidents occurred while the accused was an adult. Even with the twelve year lapse, the temporal proximity fact is not dispositive and is not the only factor to consider. If anything, the substantial lapse in time is far outweighed by the substantially similarity of the events and the fact that even twelve years later, the accused is still relishing in his ability to overcome the legal system.

These striking similarities include the building of a friendship, the wrestling incidents, the offering of a massage, the shoulder rubs, the intoxication levels of both parties, the passing out, and the male on male felatio. Additionally, the Accused was significantly older than both these victims. In the first instance he was the one that had to buy the alcohol, and in the most recent incident he was the victim’s supervisor.

Both instances show that he was in a position of dominance over the victims. In addition to these striking similarities, there is another important fact to consider. The Accused mentioned to VICTIM #1 approximately three weeks after the charged offense, that his prior roommate had a similar incident with him, the roommate told law enforcement authorities, but there was never any action taken against SFC Lamb. This conversation is also being charged as an effort to prevent VICTIM #1 from reporting the incident, and to show him that any report would fall on deaf ears, just as the previous report had.

Both of the victims of the charged and uncharged offense will testify in court and be subject to cross examination. The panel members will be able to assess the demeanor and credibility of these witnesses and could find the accused committed the uncharged or charged misconduct. The members could then use this evidence for its bearing, if any, on the accused “propensity to commit a sexual assault…and [during their] assessment of the probability or improbability that the [accused] has been falsely [ ] accused of such an offense.” United States v. Dacosta, 63 M.J. 575, 580 (ACCA 2006).

The uncharged conduct in this case is far from idle gossip, it will come directly from the victim of the uncharged misconduct. This incident was reported to law enforcement shortly after it occurred. This evidence is more probative than prejudicial under M.R.E. 403, and there is no other evidence that is less prejudicial. The litigation of the uncharged conduct will not result in a longer trial, and will not substantially distract the fact finder from the evaluation of the facts. This evidence will greatly assist the finder of fact, will not confuse or mislead them, and will take little time in proving. In light of the strong legislative intent regarding prior sexual offense evidence, the evidence regarding VICTIM #2 should be admitted. 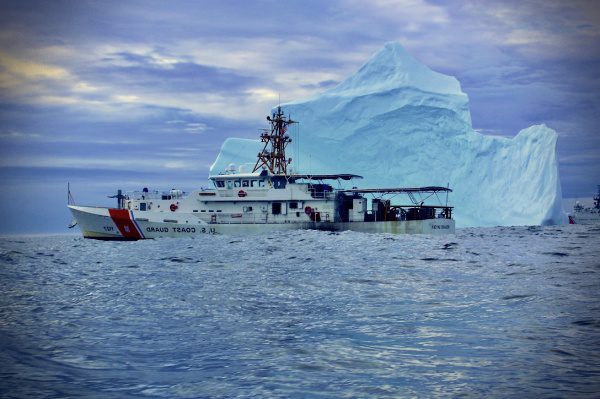 In addition to sexually assaulting VICTIM #1, the Accused is also charged with demeaning behavior towards VICTIM #1, to include grabbing his head, touching his groin and thigh, and placing his hands on VICTIM #1’s shoulder’s and neck . Evidence of the accused’s conduct with VICTIM #2, to include the massages, shoulder rubs, and wrestling are all relevant and admissible to provide an explanation and context to prove the Accused’s motive, opportunity, and intent as related to the sexual assaults charged in this case. In 2009, he was creating an environment where he could get his victim in a comfortable situation, he was also showing him his dominance over him, then once he had built his trust, he got him intoxicated and performed oral sex on him.

The demeaning conduct that was charged also includes behavior with the intent to gratify sexual desire, and the prior instances of misconduct (massages, shoulder rubs, and wrestling) are all clearly indicative of his motive, opportunity, and intent. Another prior act is the fact that he was hanging around service members that were clearly junior to him. the Accused was VICTIM #1’s supervisor and should not have been associating in the manner which he was. The fact that he was becoming familiar with these junior personnel is an indicator of his motive, intent, and will assist in proving opportunity.

This evidence (i) reasonably shows that the Accused committed these prior wrongs or acts that led to the sexual assault and the demeaning behavior toward VICTIM #1, (ii) clearly makes a fact of consequence in this case more or less probable under M.R.E. 410 and 402, than it would without the evidence because it provides the context and facts to support the explanation that caused the argument and subsequent assault, and., (iii) is more probative than prejudicial under M.R.E. 403.

Given the definitions contained in MRE 413, Congress’ clear intent that the Rules be liberally construed, the absence of any language specifically prohibiting the use of MRE 413 evidence in a case involving sexual offenses against a minor, and consideration of the Wright factors when conducting the MRE 403 balancing test, the Government respectfully asks that the Court grant this motion to admit the testimony of VICTIM #2 under MRE 413 and 404(b). This evidence will be sufficient for the court members to conclude that the accused committed the charged sexual assaults by preparing, planning, and scheming to engage in sexual relations with unwilling partners. This evidence is remarkably similar.

Additionally, this evidence makes a fact of consequence in this case more or less likely, namely whether such actions were done for the gratification of his sexual desires. The fact that he used this previous event in his discussion with VICTIM #1 also can be utilized to establish his consciousness of guilt. The Government respectfully requests that this Honorable Court grant the Government’s motion to admit evidence pursuant to M.R.E. 413 and 404(b).

The Government certifies that a copy of this motion was served on defense and the
military judge via electronic means on 1 December 20XX.