Tyndall Air Force Base in Florida is named in honor of First Lieutenant Frank B. Tyndall. The base is located in the vicinity of Panama City and is home to the host wing, 325th FW (Fighter Wing), 1st AF (Air Force), and the 53rd WEG (Weapons Evaluation Group). The installation was established in January of 1941 and named Tyndall Field (a gunnery range) and renamed Tyndall AFB in 1948. The base provides F-22A training to pilots; ensures air control and defense of the U.S.; and manages offshore weapons ranges and target drone programs ranging.

The 325th FW is assigned four groups, including operations, maintenance, mission support, and medical. The 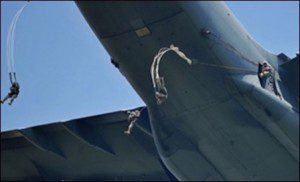 To contact a defense attorney online at the Tyndall Air Force Base in Florida, provide your name, duty station, email, phone, rank, and description of legal matters. Our Law Firm will contact you anywhere in the world, including Germany, Japan, Italy, England, Cypress, Turkey, and other countries. The reputation of the firm includes successful winning of criminal cases, such as violent crimes, murder, sexual assault, war crimes, and court-martials.