Alcohol-Facilitated Sexual Assault in the Military

Defending an Alcohol facilitated sexual assault case in the military

Unfortunately, there is a small database of peer-reviewed research on alcohol-facilitated sexual assault in the military. In comparison, there’s much more information on that topic for university campuses. However, from the research we do have, a key finding shows that 62% of sexual assault cases involving active-duty women also involved alcohol use by the victim or alleged offender.

These cases are very common. If you are accused of alcohol-facilitated sexual assault, the best course of action is to arm yourself with knowledge and find the best military defense lawyers. You must understand the history of sexual assault laws and policies in the military and the processes of court proceedings on the matter.

In this guide, you’ll learn everything you need to know about military sexual assault. In addition, you’ll understand alcohol-facilitated sexual assault and how you can defend yourself from allegations.

Alcohol-Facilitated Sexual Assault in the Military

Sexual assault allegations in the military have been increasing by the year. In a military-focused report, there were about 20,500 reported cases of unwanted sexual contact in 2018. This data increase is a huge jump from the 14,900 cases in 2016.

This statistic shows a jaw-dropping 38% increase in allegations over two years.

In response to the rising numbers of reports, Acting Defense Secretary Patrick M. Shanahan has called for changes to how the military responds to assault allegations. He explained that the military should take a closer look at the character of military members. Further, they should increase efforts against repeat offenders and develop tools for prevention.

Improving military policies surrounding sexual assault will help everyone. On the one hand, they can lower the cases of actual sexual assaults. On the other, they narrow the treatment of allegations so that false claims aren’t inflated and damaging to the accused.

Rest assured that, even in the military, you are innocent until proven guilty. Assuming you are innocent, it is very likely you will walk away from charges. Unfortunately, according to BBC, the percentage of innocent people found guilty of sexual assault is very low.

Sexual assault charges are very difficult to prove, especially when they involve alcohol. This is because sexual relationships need consent, and alcohol can make it difficult to define true consent.

You will have to cover your bases on several different grounds. If you have to focus your attention on one area, a lawyer will most likely tell you that you should fight sexual assault charges the most. Punishment for breaking work policies is tolerable in comparison to a sexual assault conviction.

For sexual assault, the military can dishonorably discharge you and even imprison you. In cases of rape, the military can sentence you to a lifetime in prison and even execution in extreme circumstances. In addition, the military handles these serious offenses in military court proceedings called court-martials.

For alcohol use, you can receive disciplinary action for drinking while on duty or on-call, especially if you are doing so on military property. The military handles these less serious offenses through Non-Prudicial Proceedings. These are also known as Captain’s Mast or Article 15.

How you build your defense will depend on your unique situation. Tell your lawyer about where the alleged assault happened and what the prosecutor is claiming.

If you are accused of a serious offense, you may be court-martialed. In that case, you will need to find court martial lawyers to defend you. In the case of alcohol-facilitated sexual assault charges, you’ll certainly want to find experienced military sexual assault lawyers.

There are summary, special, and general court-martials. You’ll need to know which type of court-martial you’ll face preparing for the proceedings.

Special court-martials involve a judge and a panel of at least three people. The accused can also request a trial by judge alone or that the panel consists of at least one-third of military personnel. In these proceedings, every punishment except for death is possible.

A general court-martial is the highest rung of court-martial proceedings. A judge and a panel of at least five people are required, or you may request a trial by the judge alone. This court is allowed to enact any punishment, even death.

You may or may not be allowed to request a free military lawyer, but you can hire your defense attorney in all cases. These proceedings occur very similarly to a civilian court. You’ll be allowed to call and cross-examine witnesses and present evidence.

Building a case against sexual assault charges will take time, but it’s possible to have a solid defense. First, you’ll need to work with your court-martial defense attorneys to examine all the evidence and build your side of the story.

Some of the best strategies for defense at a military court-martial include:

The first strategy bases itself on actual innocence, while the second and third strategies offer excuses or explanations for the event.

Having an alibi is the perfect way to quickly dismiss any case. Proving innocence based on the impossibility of your presence during the event is the best way to defend yourself. Unfortunately, sometimes you might have an alibi but no way to prove it.

The best defense attorney will be able to examine your side of the story. First, they will catch any opportunities for proof. Then, they will try to find any evidence.

This evidence could include:

Pick apart the prosecution’s story for timeline and location to see if there are any flaws. for example, if you were at an appointment somewhere, ask for documentation of your presence. If you were meeting with other people at a different location, eyewitness testimony under oath helps.

If the alleged victim’s story doesn’t add up with their presence, that helps, too.

A court-martial defense attorney will be able to examine all your evidence. First, they’ll figure out if you have enough to prove an alibi. If you don’t, they’ll recommend building your case with other methods or evidence.

In the case that you were there for the event and that you were drinking and/or having sexual relations with the alleged victim, it’s time to build a different case. for example, if you were originally under the impression that the accuser consented to the relationship and you’re surprised by the allegation, your lawyer would recommend fighting the question of consent.

Your lawyer will argue that the alleged victim cannot retroactively take back consent, so the defendant’s actions were legally and consented to during the event in question. This defense is much trickier, and it’s important to tread lightly because missteps can make the accused look worse in the judge and panel’s eyes.

When alcohol is involved, things get even trickier. Alcohol often facilitates sexual relations, which leads to questions of consent later on. for example, an alleged victim might argue that they were incapacitated by alcohol and therefore unable to consent.

The defendant will have to prove somehow that neither they nor the alleged victim consumed enough alcohol to remove consent. Having a long-term relationship and proving motives for accusing the defendant could help in building a case. 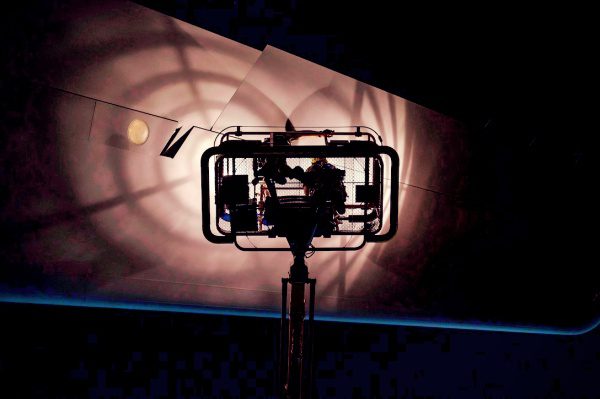 Proving the defendant’s mental incapacity is rare but can be an effective defense in the right cases. If there is a reason that the defendant was unable to understand the criminal nature of their actions at the time of the event, then criminality is reduced.

When you’re faced with the frightening news that you’ve been accused of alcohol-facilitated sexual assault in the military, your best move is to find experienced court-martial defense lawyers. They’ll deeply understand military law and procedures and will have great knowledge of sexual assault cases.