What happens if I lose a military court martial? Court martial lawyer explains 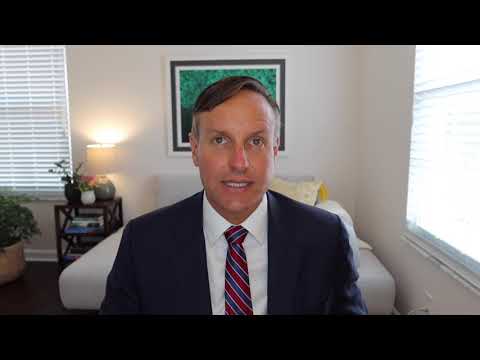 What happens if I lose a court-martial? My name is Michael Waddington, and I’m a criminal defense attorney. Now that’s a question we get asked all the time, like, what happens if I lose the core module? Well, it depends. At a minimum, if you lose a general or special court-martial, you’re going to have a federal conviction. It could show up as a felony or misdemeanor, depending on your charges. And then you could go to court-martial and lose in the sense that you get convicted of something in knocking kicked out.

You may also get kicked out with a dishonorable dismissal or bad conduct. So it depends on a lot of factors. It also depends on how you define the word lose. You could go to a poor martial and be convicted, and then continue, believe it or not, with your military career in certain circumstances. It all depends on the way your case is presented in court. It depends on how your sentencing proceeding goes, whether you go with the judge or jury how your lawyer presents your case.

In conjunction with the legalization of marijuana, four states have enacted innovative criminal reforms that include the automatic revocation of a wide range of past marijuana convictions and various social justice provisions. Three of the 25 states have approved for the first time sealing of convictions, seven states have passed laws requiring automatic sealing, and several other states have expanded the scope of their existing deportation laws. In addition, the Uniform Collateral Consequences of Conviction Act (UCCCA) provides the opportunity to reduce convictions in other jurisdictions and the relief granted in these jurisdictions; the only state that has done so other than Vermont is New Mexico that has passed UCCCA.

For over 70 years, many US states have continued to exclude people with criminal convictions from benefits, causing material deprivation and exacerbating their social isolation. The Welfare Act of 1996 was a law that required a lifetime ban on cash and food stamps for people with drug charges in federal and state courts (State Opt-In Sentencing Project, 2018). Building on so-called black codes that encouraged the streamlining of gratuitous arrests and convictions by black citizens, many states have passed laws depriving people of their right to vote.

Criminal convictions in the United States have various collateral consequences, including ineligibility for public and state-sponsored housing, state benefits, various forms of employment, and civic exemptions such as jury service and disenfranchisement. Detainees are at increased risk of homelessness in part because important parts of the social safety net, such as public housing, are unavailable to tens of millions of Americans with arrests and convictions. Collateral consequences occur in a breathtaking array of substantive areas of law, confusing the ability of criminal law practitioners and the public they serve to recognize the relevant effects.

Criminal convictions, however small, can create a tangled network of federal and state authorities and have consequences that affect every aspect of a person’s life, including entitlement to benefits, professional licenses, housing, student loans, academic scholarships, parental rights, immigration status, and employment. The judge does not impose these consequences in terms of the sentence itself but by the actual crime. As a result, many of the collateral consequences associated with the results of New York’s criminal convictions are surprisingly diverse, some of which reach for serious entanglements with the criminal justice system.

Collateral Consequences and Your Rights

A conviction or arrest can strip you of your rights and impose sanctions or deprivations that can affect your job, home, government benefits, citizenship, student loans, and much more. Collateral consequences of a criminal conviction are additional civil and state penalties that are legally linked to the conviction. The collateral consequences in the United States include the loss or restriction of professional licenses, non-use of public funds (including benefits and student loans), the loss of voting rights, the sanctity of jury duty, and the deportation of immigrants, including those who are not US citizens but have permanent residency status.

The United States Supreme Court has examined in Strickland v. Washington the ineffective support of lawyers for the collateral consequences of a criminal conviction. Lawyers are constitutionally obliged to advise their clients on certain consequences of a conviction beyond the sentence pronounced. Defendants should be made aware of certain serious consequences or “safeguards” that are certain to result from a conviction.

After release from prison or released from prison on probation or probation, the mere fact of not having a criminal record can be filed. In some jurisdictions, a judge may have found a defendant guilty of a crime to have a criminal record, freeing a person from the collateral consequences of a criminal conviction. Without specific reference to the files, it can be assumed that excluding ex-offenders from exercising their full civil rights increases public safety.

Ending mass incarceration requires eliminating the collateral consequences of mass incarceration, ensuring that people with criminal records return to society and a paradigm shift in criminal justice from retribution to restoration.

Collateral Consequences Outside the United States

Building on the lessons of Canada and South Africa, it offers steps to reduce the legal burden on individuals with criminal histories in the United States and to reduce the disproportionate impact of post-conviction consequences on individuals and communities of color. Our first report of its kind shows that all 50 states ban people with criminal records from serving on jury-ordered trials and juries, making them less diverse and less fair. Since the consequences of a criminal record vary from those of ordinary civil law in several continental European countries, it is important to study and compare different legal systems regarding their impact on individual ex-offenders and their effectiveness in creating a safer society in general.

In Part II of a two-part debate on race and collateral consequences, panelists delve deep into how previous criminal convictions affect an individual’s ability to engage in the cannabis industry, the legal profession, and other business and entrepreneurial opportunities. The paradigm shift in the re-entry into society toward collateral consequences underscores the essential role that criminal defense lawyers have in broadening the focus on incarceration so that it includes the consequences of criminalization that individuals will confront at the moment they come into contact with the criminal justice system. While there is no formal guidance, ABAA’s position covers ABA standards for the Criminal Justice Chapter on collateral penalties and discretionary disqualification of convicted persons but is not limited to.

In 2018, an overwhelming majority of Floridians voted to allow up to 1.4 million people with criminal convictions to vote again. However, a conviction can have other consequences that can affect your life in many other ways.