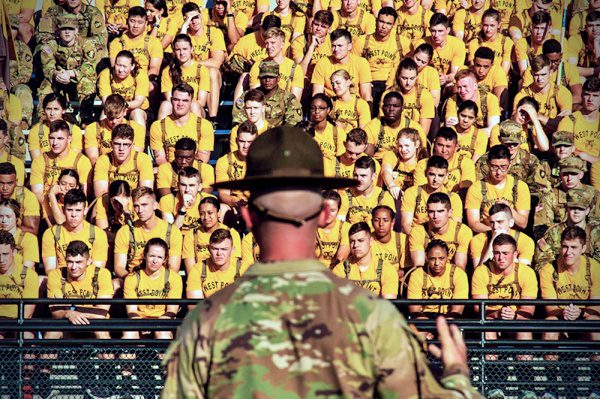 Sentencing proceedings in military court-martial cases are different from those on the civilian side, both at federal and state levels. One of the big things is you have a whole proceeding where you’re allowed to call witnesses about your character. You’re allowed to call witnesses to talk about mitigation, things that minimize the offense, and explain why it occurred. You can call good Soldier, good Sailor, good Airmen type witnesses, good Marine type witnesses. And you can present character and good duty performance witnesses along with your complete service record, letters of support. You can submit a substantial amount of evidence to the judge or jury, depending on who’s doing your sentencing. This allows you to present evidence and show that you as a total person.

In the military, the sentencing proceedings are about rehabilitation. That means they look at your past, your present situation, your crimes, what’s in the best interest of you, the military, and society. If you do it properly, you can present your client in a way that humanizes that client, showing their family, their family struggles, whether they have PTSD from combat or other things, and show them as a total human. The jury then has to go back, if it’s jury sentencing, and then they have to deliberate and vote on what sentence is really in the best interest of everyone, including you, as the accused. So, even if you get convicted of a crime, you can make up a lot of ground in the sentencing proceedings. I’m talking about people that have been convicted of crimes that carry 50 – 60 years going into sentencing, then can end up with a sentence of 20 – 30 days or no jail time. These are just examples, but I’m giving you one extreme, or you can walk out of there with a reprimand or even no punishment if you do it right.

On the other hand, if you have a lot of bad stuff in your background, if your crime is very egregious, then you’re going to be on the higher end. At a minimum, your lawyer should be presenting the evidence to show you in the best light possible to try to get that sentence as far down as possible so that you don’t go to jail for longer than necessary. The attorney’s experience and the attorney’s credibility make a big difference when it comes to doing sentencing proceedings both in front of the judge and the jury. And we give them reasons why a lower sentence is in the best interest of everyone involved.

Use Logic, Not Emotion

Rather than just going up there with some emotional plea for mercy. Military people don’t buy that. In my opinion, they want a reason. For example, if you get convicted of stealing lots of money in a BAH fraud or even sexual assault, and you come in there. Your lawyer explains your background, who you are, what you did, what you’ve done since then, explains the lack of prior convictions, and then explains what your plans are in the future to get out to do this. You can recognize your misconduct and then move forward with a concrete plan. The panel will often buy off and give you a sentence that’s more in line with what the defense lawyers want versus the prosecution, who always wants some ridiculously excessive sentence.