Legal Defense of Necessity in a Military Court-Martial

Necessity is a defense of justification; it exculpates a nominally unlawful act to avoid a greater evil. Duress is a defense of excuse; it excuses a threatened or coerced actor. See generally Milhizer, Necessity and the Military Justice System: A Proposed Special Defense, 121 Mil. L. Rev. 95 (1988). Duress and necessity are separate affirmative defenses, and the defense of necessity is not recognized in military law. United States v. Banks, 37 M.J. 700 (A.C.M.R. 1993).

Necessity has arguably been recognized and applied de facto to the offenses of AWOL and escape from confinement, but always under the name of duress. The court in United States v. Blair, 36 C.M.R. 413 (C.M.A. 1966) held, error not to instruct on defense raised by accused’s flight from cell to avoid beating by a brig guard.

The court in United States v. Pierce, 42 C.M.R. 390 (A.C.M.R. 1970) held, “duress” to escape from confinement not raised by defense offer of proof regarding stockade conditions, but lacking a showing of imminent danger. The court in United States v. Guzman, 3 M.J. 740 (N.C.M.R. 1977) held, the accused with injury that would have been aggravated by duty assignment had no defense of “duress” to crime of AWOL because performing duty would not have caused immediate death or serious bodily injury.

In an early case in which a sailor went AWOL because of death threats by a shipmate, the Navy Board of Review held that the defense of duress was not raised. Noting that the accused was never in danger of imminent harm and that the threatener had never demanded that the accused leave his ship, the board concluded that the accused had no right to leave a duty station in order to find a place of greater safety. United States v. Wilson, 30 C.M.R. 630 (N.B.R. 1960). Escapees are not entitled to duress or necessity instructions unless they offer evidence of bona fide efforts to surrender or return to custody once the coercive force of the alleged duress/necessity had dissipated. United States v. Bailey, 444 U.S. 394 (1979).

Controlled Substances.
There is no implied medical necessity exception to prohibitions established by the Controlled Substances Act. The necessity defense is especially controversial under a constitutional system in which federal crimes are defined by statute rather than common law. The defense of necessity cannot succeed when the legislature itself has made a determination of values. United States v. Oakland Cannabis Buyer’s Cooperative, 121 S.Ct. 1711 (2001).

In the case of United States v. Washington, 54 M.J. 936 (A.F. Ct. Crim. App. 2001), aff’d, 58 M.J. 129 (C.A.A.F. 2003). The accused conceded that he was not under an unlawful threat; therefore, the defense of duress was not available to him. The court further held that the defense of necessity was not available because the accused’s refusal to be inoculated was a direct flouting of military authority and detracted from the ability of his unit to perform its mission. A military accused cannot justify his disobedience of a lawful order by asserting that his health would be jeopardized.

The Legal Defense Of Necessity 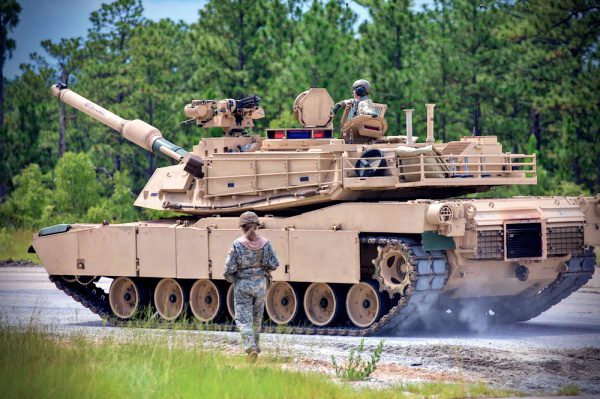 Florida law provides an important defense for defendants who commit a crime out of necessity or under duress. Unlike the defense, in which the accused admits to having committed the act to avoid liability, the defense is an excuse for the act. A defendant is not entitled to present a defense of necessity unless the jury has presented evidence that interprets the defendant so that he can demonstrate the elements of the defense.

In California, the need is an affirmative defense against admitting to having committed a crime, claiming that this was necessary to prevent great harm. The legal defense of necessity is that a person is not guilty of any crime unless it can be proven that the only reason for a person to commit the crime is necessary because there were no other ways to prevent greater harm. It is incumbent upon the accused to prove the necessity by a preponderance of the evidence.

The defense of necessity alludes to extraordinary circumstances in which compliance with the law is likely to cause greater harm to a person or property than a violation of the law. As a rule, self-defense requires that the damage was done by the accused be less than the damage that could have been avoided. The justification for the necessity of defensive measures is that technical violations of the law are advantageous for society due to strict compliance with the law in certain situations.

Defendants who seek to use this defense argument that they should not be held liable for their actions or crimes because their conduct was necessary to prevent great harm. Their conduct cannot be excused by other specific provisions of the law, such as self-defense. They need defense is often used in cases of trespassing to save a person’s life or property. As you may have guessed, this is a defense that is not easy to defend, and it is subject to abuse.

The defense of necessity can be invoked when an accused acts in the interest of the common good. Criminal law allows the necessity to be used as a defense in court when a defendant’s actions are due to natural forces. The need for defense is not limited to cases where an actor is involved to avoid harm to himself or his family.

In general, the defense of necessity is relevant to those who do not believe it is necessary for all circumstances, but they do not have to. When the defense is available to justify harmful actions, the actor must choose the lesser evil.

From this point of view, the defense of necessity seems based on the principle that it is unfair to punish someone who breaks the law to minimize harm because he is reasonably and sincerely convinced that he is doing so. However, it is difficult to judge whether it makes sense for a defendant to assert the need for a defense. As mentioned above, the reason why courts create affirmative defenses is to encourage people to do what they need to do to solve a serious problem, even if the immediate threat of harm means committing a crime.

The defense of necessity allows a jury to pardon a speeding driver, a heroic neighbor, or a ship’s captain because society recognizes that it was in a dire situation and had no choice but to obey the law. After all, it is a high ethical duty. Thus, a suspect can use self-defense, even if his assessment of the situation proves to be incorrect. He can also apply it if he admits to having harmed, arguing that his motive was to avoid greater harm than would otherwise have been done.

In the criminal law of many nations, the need is a possible justification for an apology for breaking the law. A possible defense in the Criminal Code and the Administrative Penal Code is also necessary. The need for defense for criminal acts or behaviors that achieve a political objective has been rejected in some cases, especially in the United States, where courts have ruled that the element of necessity does not exist.

Several defendants have sought to invoke the need for a defense to avoid legal consequences for blocking access to abortion clinics. In cases involving Valve v. Turner in Minnesota, a judge decided last year to step aside and allow defendants to present evidence in court to support self-defense. A judge oversaw a trial of protesters who blocked a railroad line in Spokane. In both cases, the court rejected the defense because the criminal act of protest did not prevent abortion and that the harm caused by the protest was larger than the harm to an abortion caused by legal means of protest such as demonstrations in front of the clinic, entering the clinic or assaulting clinic property, if any.

Most states have codified the need for defense and made it available to defendants whose values and decisions do not conflict with the state legislature. However, most courts have argued that the defense does not apply to protected activities such as abortion. Some have based their opposition on the availability of other legal avenues such as marching, passing, and literature. California courts have taken a tougher line on what defendants must show to prove the defense.

New Jersey law offers an affirmative justification known as a necessity. Courts have generally accepted that a defense of necessity can justify killing a person to protect property.

Necessity is an available defense for most types of criminal charges. Defending necessity is similar to California’s coercive defense, which involves criminal activity to prevent great harm. In the Duress defense, the defendant maintains that he or she committed the crime to avoid the imminent danger of death or serious harm.