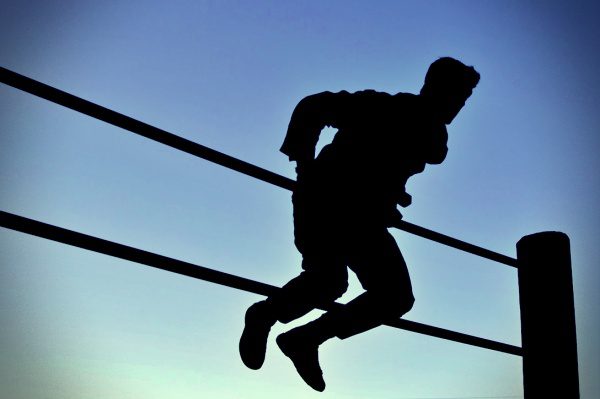 NORFOLK — An ongoing Navy probe to catch the culprit who catfished women into sending nude photos shines a light on the normally shadowy world of SEAL Team 6, one of America’s most secretive commando units — but the suspected sailor says they got the wrong man.

And he worries the brass are breaking the law to put him behind bars while the real culprit who spoofed a SEAL goes free.

An explosives expert lauded for taking out terrorist supply routes and safe houses in internal SEAL records provided to Navy Times, Special Warfare Operator 1st Class Aaron Howard faces a court-martial trial for allegedly posing as a pair of people who wooed three women through text messages into sending racy images of themselves in 2017.

All the charges fall under Article 134 of the Uniform Code of Military Justice, which prohibits actions that can ruin good order and discipline in a unit or those that bring discredit upon the armed forces.

A member of Virginia-based SEAL Team 6 since 2014 and its Sailor of the Year two years later, the highly-decorated Howard’s medals include a Bronze Star with a Valor device denoting battlefield heroism inside an undisclosed nation, according to records provided to Navy Times.

During one of dozens of targeted raids deep behind enemy lines to snatch guerrilla leaders, on Sept. 29, 2016 he selflessly exposed himself to withering small arms fire so that his team could remove “two critically wounded surrogate force teammates,” according to the medal’s citation.

But now he risks brig time, demotion and an unwanted exit from the military.

Navy Region Mid-Atlantic spokesman Jeff Hood said SO1 Howard waived his Article 32 hearing and has been arraigned but has yet to enter a plea and no date for his court-martial trial at Naval Base Norfolk has been set.

SEAL shenanigans in the spotlight (again)

Investigators are probing an Independence Day party in Iraq that allegedly went sideways.

The sexy snapshot scandal is the latest imbroglio to embarrass the SEALs, the elite special operators once lauded as “silent professionals” who eschewed the sort of shenanigans that snagged headlines.

But on Wednesday, Special Operations Command announced military leaders had booted from Iraq a Coronado, California-based SEAL Team 7 platoon following allegations they were tied to a booze-fueled July 4th party.

During the probe into the illegal celebration, Air Force authorities also began a separate inquiry into sexual assault allegations involving a SEAL leader there and a female service member, but officials insist it was the drinking that triggered their return to Coronado.

Although he was exonerated of all war crimes charges by a panel of his peers, the recent court-martial trial of Special Warfare Operator Chief Edward “Eddie” Gallagher in San Diego included witnesses testifying about a similar cowboy culture inside another SEAL Team 7 platoon, with their 2017 deployment to Iraq punctuated by heavy drinking on the battlefield and unlawful photos of service members mugging with dead bodies.

But the Gallagher trial and the ongoing prosecutor of his platoon’s commanding officer, Navy Lt. Jacob X. “Jake” Portier, also revealed allegations of heavy-handed SEAL leaders who engaged in unlawful command influence to scuttle the SEALs’ chances of getting a fair trial.

The military judge hearing the case ended up sanctioning Navy prosecutors for a warrantless spying operation run by counterintelligence agents at Naval Criminal Investigative Service that targeted defense attorneys and the editor of Navy Times.

Special Warfare Operator Chief Edward “Eddie” Gallagher, left, and his wife Andrea hug after leaving the Naval Base San Diego courthouse on July 2 after he was cleared of all but one charge against him by a panel of his peers. (Gregory Bull/AP)

He and his attorney— Michael Waddington — say they have no idea how DEVGRU leaders came to suspect him as the catfisher.

According to legal filings in the case, the Navy began probing the spoofing and sexting allegations in late 2017 but Howard quickly took and passed a pair of polygraph tests, something Gallagher did, too. 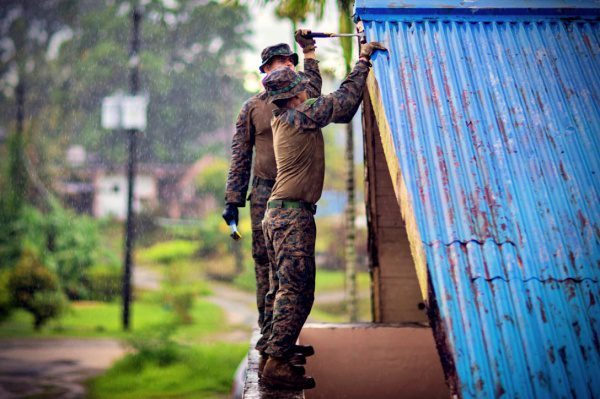 Also like Gallagher, Howard insists that he’s innocent. And in a series of legal filings his attorney Waddington accuses SEAL commanders of wielding unlawful command influence to overcome a shoddy investigation.

Called the “mortal enemy of military justice,” unlawful command influence, or UCI, occurs when superiors utter words or take actions that wrongfully influence the outcome of court-martial cases, jeopardize the appellate process or undermine the public’s confidence in the armed forces by appearing to tip the scales of justice.

Prosecutors say that any damage to their court-martial case against a lieutenant can be mitigated later by a military judge.

In a July 25 motion he filed with the military court here, Waddington wrote that in early 2018 Command Master Chief Eric Adamski and Master Chief Special Warfare Operator Scotty Walker convened a meeting with Howard to tell him that he was “guilty for getting a lawyer” and was an “(expletive) idiot” who “cannot be trusted” and “(expletived) himself because he sought legal counsel.”

When Howard tried to find witnesses who would back him up or swear to his good character, DEVGRU leaders verbally, through electronic communications and on the command’s work portal page warned them away from him, Waddington wrote.

In April of 2018, enlisted leaders held an all hands meeting with Blue Squadron SEALs to dish on Howard’s investigation, telling them that he “was guilty and SEALs should not help with his case,” according to the motion.

DEVGRU’s command then held another briefing detailing what they say were their initial investigative findings and gave a PowerPoint presentation that implied Howard “was guilty of various offenses,” Waddington wrote.

They then emailed the presentation to Howard’s fellow SEALs, his superiors and “potential fact and sentencing witnesses,” which is why they’ve “shunned him and refused to participate in his case, in any manner,” including assisting the defense team in their investigation, Waddington continued.

Nine days ago, Waddington filed another motion to compel SEAL Team 6 leaders to fork over the PowerPoint slides, emails and other records, but the Navy has yet to provide them.

So Howard’s defense team is left only with the command’s investigation.

The victory of Senior Chief Special Warfare Operator Keith E. Barry — who always insisted on his innocence — will ripple across the entire military.

In the legal filings uncovered by Navy Times, it’s unclear if NCIS or any other law enforcement agency participated in the SEAL Team 6 probe.

“NCIS declined to take the lead in this investigation,” Waddington said. “That pretty much left it up to the command.”

Saying all the evidence against Howard is “circumstantial,” the attorney told Navy Times that the command seemed to suspect Howard because some of the texts to the women mentioned being stationed once in San Diego, but “that could be 50 percent of all SEALs.”

There’s also a comment alluding to working out with kettlebells, but that’s not unique to any SEAL, Waddington added.

“In one text, the spoofer made comments about liking baseball,” Waddington said. “And they assumed because my client was a high school athlete that he played baseball. He didn’t. He played football.”

Howard offered his phone for forensic investigators to comb-over, but Waddington said the command declined.

Reached in Coronado, Naval Special Warfare spokeswoman Cmdr. Tamara Lawrence said it would be inappropriate to comment about an ongoing court-martial case but leaders expect all sailors “to uphold the highest ethical and professional standards.”

And all misconduct allegations “will be investigated by the appropriate authorities,” she added.