The exclusionary rule is the remedy for illegal searches and/or illegally seized evidence: such evidence is excluded from the trial. However, there are exceptions to this rule. For example, if evidence was obtained in good faith by law enforcement officials, was discovered independently of a “tainted” source, or would have been inevitably found, the evidence may be admitted despite a “tainted” source. Illegally obtained evidence may also be introduced for impeachment purposes by the government.

The exclusionary rule in criminal law is the requirement that, when a defendant objects to a search and seizure of evidence, all evidence obtained from the illegal search must be excluded from use at trial. One exception to this rule is if law enforcement officials have acted in good faith or with reasonable grounds for believing they were acting lawfully. The exclusionary rule protects innocent citizens by making sure only appropriate evidence can be used against them. It also prevents police officers from using illegal searches as an excuse for obtaining information that may not otherwise be available on their own.

It is an exception to the exclusionary rule if law enforcement officials have acted in good faith or reasonable grounds for believing they were acting lawfully. This means that, even though a search may be illegal and conducted without probable cause, it will not necessarily result in evidence being excluded from trial as long as police officers had reason to believe what they were doing was lawful.

General rule. Evidence discovered through a source independent of the illegality is admissible.

Police illegally entered the warehouse without a warrant and saw marijuana. Without disturbing evidence, police left the warehouse and obtained a warrant without telling the judge about an earlier illegal entry. Thus, evidence was admissible because it was obtained with a warrant untainted by initial illegality. Murray v. United States, 487 U.S. 533 (1988).

The police should not be put in a worse position than they would have been in absent their improper conduct. Evidence obtained through independent and voluntary acts of third parties will render evidence admissible under the independent source doctrine. See United States v. Fogg, 52 M.J. 144, 151 (C.A.A.F. 1999) (discussing independent-source doctrine as an alternative basis for not invoking the exclusionary rule). 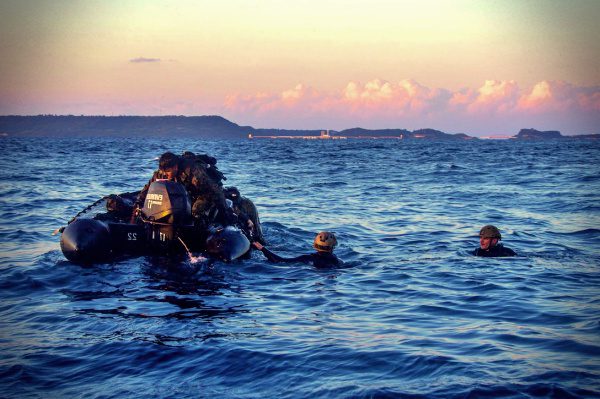 Evidence challenged as derived from an illegal search or seizure may be admitted if the military judge finds by a preponderance of the evidence that it was not obtained as a result of the unlawful search or seizure. Mil. R. Evid. 311(e)(2).