Elements of the Providence Inquiry

Discussion of the elements of the providence inquiry. Military judge must explain the offenses to the accused and ensure the accused understands:

Other topics on military guilty pleas

Military judge must advise the accused of his rights on the record.

RCM 910(c). Military judge must advise the accused of the elements of the offense. RCM 910(c)(1) and Discussion.

When the military judge has to define a term of art (like attempt), appellate courts will ascertain whether the plea was knowing and voluntary by looking at the record of trial and deciding whether it is clear from the entire record that the accused knew the elements, admitted them freely, and pled guilty because he was guilty. See United States v. Redlinski, 58 M.J. 117 (C.A.A.F. 2003).

The accused shall be questioned under oath

The accused shall be questioned under oath about the offense(s) as part of the guilty plea inquiry. RCMs 910(c)(5), 910(e)

Factual Predicate for a Guilty Plea in a Military Court- Martial

Overview of the factual predicate for plea – appellate review and the “Substantial Basis” test: In reviewing a military judge’s acceptance of a plea under the abuse of discretion standard, appellate courts apply a “substantial basis” test: Does the record as a whole show a substantial basis in law or fact for questioning the guilty plea? United States v. Inabinette , 66 M.J. 320 (C.A.A.F. 2008)

“The standard for reviewing a military judge’s decision to accept a plea of guilty is an abuse of discretion.” A military judge abuses his discretion “if he accepts a guilty plea without an adequate factual basis to support the plea. (a) Example of “substantial basis in fact”: where the factual predicate of the guilty plea falls short.

“The military judge’s determinations of questions of law arising during the plea inquiry are reviewed de novo.” (a) Example of “substantial basis” in law: an accused who knowingly admitted the facts necessary to prove he or she met all the elements of an offense, but was not advised of an available defense.

United States v. Moglia, 3 M.J. 216 (C.M.A. 1977). Accused need not describe from personal recollection all the circumstances necessary to establish a factual basis for the plea. (a) Nevertheless the accused must be convinced of, and able to describe all the facts necessary to establish guilt. See also RCM 910(e) Discussion; United States v. Wiles, 30 M.J. 1097 (N.M.C.M.R. 1989).

Inquiry into the Pretrial Agreement (PTA) – in a Military Court- Martial

Overview of the inquiry into the pretrial agreement (PTA):

The military judge must fully explore the terms of the PTA with the accused to ensure he understands them. This includes both the offer portion and the quantum (though the judge does not see the quantum until after sentence is announced).

United States v. Soto, 69 M.J. 304 (C.A.A.F. 2011) (where a term in the quantum whereby the accused agreed to ask for a BCD was not discussed with the accused on the record, there was a substantial basis in law to question the plea. The plea was deemed improvident.)

United States v. Green , 1 M.J. 453 (C.M.A. 1976) (military judge must establish “on the record that the accused understands the meaning and effect of each provision in the pretrial agreement”).

United States v. Felder , 59 M.J. 444 (C.A.A.F. 2004). Military judge did not inquire into a term of the PTA regarding defense’s waiver of any motions for sentence credit based on Article 13 and/or restriction tantamount to confinement. Defense counsel did inform the MJ that no punishment under Article 13 or restriction tantamount to confinement had occurred. While the MJ’s failure to discuss the term was error, the accused failed to show the error materially prejudiced a substantial right. 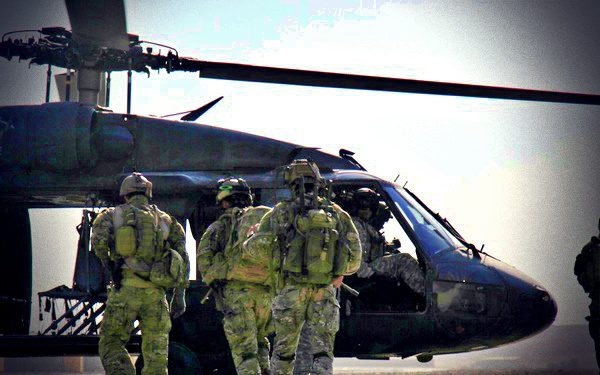 United States v. Brehm, ARMY 20070688, [ not available on Westlaw ] (A. Ct. Crim. App. May 13, 2009) (unpublished). Accused pled guilty to indecent liberties with a child for an offense committed in 1999; charges were not forwarded until October 2006. At that time, the CAAF had not released its opinion in United States v. Lopez de Victoria , 66 M.J. 67 (C.A.A.F. 2008), which held that the 2003 amendment to Article 43, UCMJ (excepting child abuse offenses from the five-year statute of limitations) did not apply retroactively. At the guilty plea, the military judge asked the accused if he intended to waive a possible statute of limitations challenge from “any hypothetical ruling” by the CAAF. The ACCA ruled that the military judge exceeded his authority by adding an additional term to the pretrial agreement (specifically, waiver of a potential statute of limitation defense). The court noted it would have “less concern” if the pretrial agreement expressly discussed a “bargained-for waiver of a hypothetical future defense.”

Inquiry into the Stipulation of Fact

Stipulations of fact and polygraphs. United States v. Clark, 53 M.J. 280 (C.A.A.F. 2000). Accused submitted a false claim, then took a polygraph (which he failed). He was charged and elected to plead guilty. Accused and convening authority agreed to PTA which included a promise to enter into a “reasonable stipulations concerning the facts and circumstances” of his case. MJ at trial noticed the polygraph in the stipulation, noted that accused had agreed to take a polygraph test and that the “test results revealed deception.” There was no objection to the stipulation and he admitted the stipulation into evidence. Applying M.R.E. 707 and United States v. Glazier, 26 M.J. 268, 270 (C.M.A. 1988), CAAF held it was plain error for military judge to admit the evidence of the polygraph, even via a stipulation.