MCM, pt. IV, 54; UCMJ art. 128. Under the UCMJ, assault is defined as an attempt or offer with unlawful force or violence to do bodily harm to another, whether or not the attempt or offer is consummated. An assault can therefore be committed in one of three separate ways:

The ability to inflict injury need not be real but only reasonably apparent to the victim. For example, pointing an unloaded pistol at another in jest constitutes an assault by intentional offer if the victim is aware of the attack and is placed in reasonable apprehension of bodily injury. United States v. Bush , 47 C.M.R. 532 (N.C.M.R. 1973).

The victim’s belief that the accused does not intend to inflict injury vitiates the offense under the theory of offer. United States v. Norton , 4 M.R. 3 (C.M.A. 1952).

An overt act that amounts to more than mere preparation and is done with apparent present ability and with the specific intent to do bodily harm constitutes an assault by attempt. MCM, pt. IV, 54c.

An apparent ability to inflict bodily harm must exist. United States v. Hernandez , 44 C.M.R. 500 (A.C.M.R. 1971) (no offense where Government failed to prove that instrument used under the circumstances was likely to result in harm); United States v. Smith , 15 C.M.R. 41 (C.M.A. 1954) (accused need not be within actual striking distance of victim to constitute apparent ability to inflict harm).More than mere preparation to inflict harm is required. United States v. Crocker , 35 C.M.R. 725 (A.F.B.R. 1965) (where the accused with open knife advances towards his victim at the time when an affray is impending or is in progress and comes within striking distance, this amounts to more than mere preparation and is sufficient to complete the offense).

An intentional or culpably negligent application of force or violence to the person of another by a material agency constitutes a battery. See generally United States v. Schoolfield , 40 M.J. 132 (C.M.A. 1994) (discussing alternative theories of battery in the context of an HIV case). 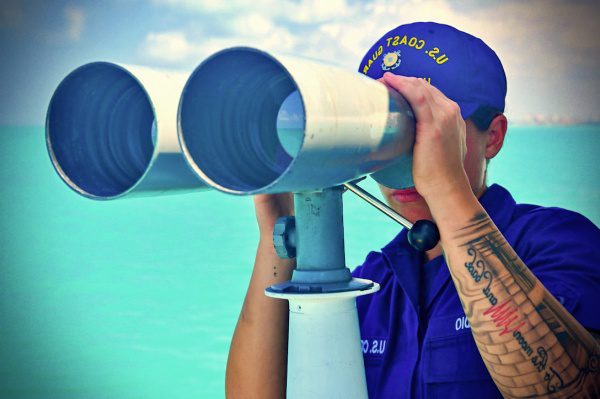 United States v. Gibson , 43 M.J. 343 (C.A.A.F. 1995) (playing with and dropping a 40mm grenade round was a culpably negligent act sufficient to support a charge of aggravated assault (by battery); a reasonable soldier should have known what the object was and that dropping it would create a substantial and unjustified danger to bystanders).

United States v. Mayo , 50 M.J. 473 (C.A.A.F. 1999) (intentionally throwing a 19-month-old child, while playing, with sufficient force and from sufficient height to fracture the child’s femur may be a culpably negligent act).

Notice of Lack of Consent. United States v. Johnson , 54 M.J. 67 (2000) (where there was a friendly relationship involving touchings that were not offensive and the victim never protested against backrubs, the government had to prove that the accused was on notice of lack of consent) , aff’d by 55 M.J. 243 (C.A.A.F. 2001).

Dangerous. A means/force/weapon is dangerous when used in a manner likely to produce grievous bodily harm. United States v. Hernandez , 44 C.M.R. 500 (C.M.A. 1971) (claymore mine, under the circumstances, not used as a dangerous weapon). The offense is not established by the subjective state of mind of the victim but by an objective test as to whether the instrument is used as a dangerous weapon. United States v. Cato , 17 M.J. 1108 (A.C.M.R. 1984). The mere use of a weapon in the course of an assault is sufficient whether or not the accused actually intended to employ the weapon to accomplish the assault. United States v. Griffin , 50 M.J. 480 (C.A.A.F. 1999). 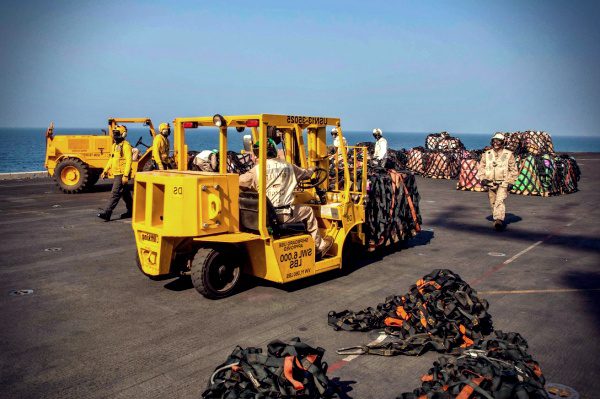 United States v. Dacus , 66 M.J. 235 (C.A.A.F. 2008). In a guilty plea to aggravated assault, a medical doctor provided sentencing evidence for the accused that his viral load was very low and when combined with the use of a condom, the likelihood of transmission of HIV was very low. Under United States v. Witherspoon , 49 M.J. 208 (C.A.A.F. 1998), whether the means is “likely” has two prongs: “(1) the risk of harm and (2) the magnitude of the harm.” As the court stated in Witherspoon , “Where the magnitude of harm is great, there may be an aggravated assault even though the risk of harm is statistically low.” Citing United States v. Joseph , 37 M.J. 392 (C.M.A. 1993), the court stated that “[T]he question is not the statistical probability of HIV invading the blood, but rather the likelihood of the virus causing death or serious bodily harm if it invades the body.” Additionally, “the probability of infection need only be more than merely a fanciful, speculative, or remote possibility.” Assessing the second Witherspoon prong, the court found that the evidence in this case did not conflict with the accused’s plea to aggravated assault because death or grievous bodily harm is a natural and probable consequence if HIV were transmitted by sexual intercourse. Moving to the first Witherspoon prong, the court concluded that the risk of HIV transmission in this case was low and remote, but more than fanciful or speculative. Considering both prongs, the court concluded that while the risk may have been low, the magnitude of harm was significant.

LIOs: Assault with a dangerous weapon. Where the evidence shows that an intoxicated accused pointed a loaded firearm at others, having first threatened them verbally and with a knife, and assuming a firing position, the lesser included offense of simple assault is not reasonably raised, whether the safety is engaged or not. United States v. Bean , 62 M.J. 264 (C.A.A.F. 2005).

The criminal act is a “course of conduct,” defined by the statute as:

A repeated maintenance of visual or physical proximity to a specific person, or

A repeated conveyance of verbal threat, written threats, or threats implied by conduct, or a combination of such threats, directed at or towards a specific person.

“Repeated,” in the definition of “course of conduct,” means two or more occasions.

Be alert to the implications of these statutory definitions for conduct occurring in barracks, or on a ship, or in a deployed environment where soldiers are compelled to be in close visual or physical proximity to one another.

Note that threats conveyed by computer are not expressly incorporated in the statutory definition. To prosecute a course of conduct based on threats conveyed by computer, consider litigating whether computer-conveyed threats are “written” for purposes of the statute. In the alternative, assimilate a state or federal offense to prosecute computer-conveyed threats. Be cognizant of the preemption doctrine ( see discussion on Preemption, Chapter 3, The General Article, supra ).

There are no reported cases under this article.

There are no reported cases under this article, however, as the Analysis states, child neglect was recognized in United States v. Vaughn , 58 M.J. 29 (2003) (in light of service custom, norms of states, and service-discrediting nature of offense, child neglect is punishable under Article 134, even if no harm results to the child).

That the accused had a duty of care of a certain child;

That the child was under the age of 16 years;

That the accused endangered the child’s mental or physical health, safety, or welfare through design or culpable negligence; and

Culpable negligence is more than simple negligence and is a negligent act accompanied by a culpable disregard for the foreseeable consequences to others of that act or omission. MCM, pt. IV,  68a(c)(3).

As in Vaughn, supra , there is no requirement of actual physical or mental harm to the child. MCM, pt. IV, 68a(c)(4).

Age of the victim is a factor in determining the quantum of negligence. The explanation provides several examples of acts to assist in determining whether an act is negligent, and if so, whether the negligence rises to the level of culpable negligence. See MCM, pt. IV,  68a(c)(6). &