“Military property is all property, real or personal, owned, held, or used by one of the United States armed forces. It is immaterial whether the property sold, disposed of, destroyed, lost, or damaged had been issued to the accused, to someone else, or even issued at all. Suppose it is proved by either direct or circumstantial evidence that items of the individual issue were issued to the accused. In that case, depending on all the evidence, it may be inferred that the damage, destruction, or loss proved was due to the neglect of the accused. Retail merchandise of service exchange stores is not military property under this article.”

Many items can constitute military property, including:

Military property does not include:

Property Need Not Have Been Personally Issued

The purpose of Article 108 is to ensure that all military property, however, obtained and wherever located, is protected from loss, damage, or destruction. As such, all persons subject to the UCMJ have an affirmative duty to preserve the integrity of military property.

The specification must or directly state that the property was military property of the United States.

Larceny and wrongful disposition of the same property are separately punishable.

Loss, destruction, or damage is occasioned through neglect when it results from a want of such attention of the foreseeable consequences of an act or omission as was appropriate under the circumstances.

The doctrine of res ipsa loquitur does not apply to a prosecution for damaging a military vehicle through neglect, and the mere happening of a collision with resulting damage is not in itself sufficient to support a conviction for violation of Article 108. The prosecution evidence must affirmatively establish negligence. Here, the accused was found guilty of damaging a government vehicle through neglect. No evidence indicated that the accused was driving at an excessive speed or in any sort of reckless manner, or under the influence of alcohol, or that at the time of the accident, he was engaged in the violation of traffic or other safety regulations of any nature. HELD: The evidence was wholly insufficient to support findings of guilt.

Conviction based on accused’s guilty plea set aside and dismissed where providence inquiry established that accused, while on guard, operated a government forklift without permission and that while he was doing so, the hydraulic brake line malfunctioned. The government established no evidence of the accused’s actual negligence.

Although evidence was presented that a Navy vehicle turned over to the accused in good condition was damaged. Witnesses testified they saw the vehicle bump and heard a noise as the accused drove it through a gate, evidence of paint scratches on the vehicle. In addition, although the gate post indicated he must have struck the gate post, the evidence was insufficient to establish beyond a reasonable doubt that the car was damaged through the accused’s negligence. This is because the accused testified he had driven over a rock, evidence indicated that the road approaching the gate was bumpy and full of holes, and the gate was held open by a rock that could have been moved onto the street. 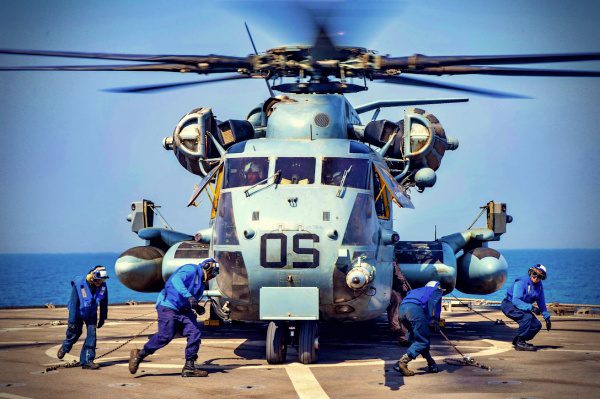 The evidence was legally and factually sufficient to sustain findings of guilty of damaging and suffering damage to a Coast Guard vessel through neglect where the accused voluntarily and intentionally turned two wheels controlling flood valves on a floating drydock in which the ship was berthed, thereby consciously setting in motion a sequence of events which a reasonably prudent man would expect to end in some kind of harm; and if, as the court found, the precise form and shape of the injury to the vessel was not explicitly intended, then it was the result of a lack of due solicitude on the part of the accused made punishable under Article 108.

Evidence that a government helicopter in operating condition was parked, tied down, and covered and that it was subsequently found untied, uncovered and turned over on its side and wrecked and that the accused, who was on guard at the helicopter site, was lying unconscious a short distance from it was sufficient to corroborate accused’s confession that he entered the helicopter to warm himself and caused the damage when he started the motor to generate heat.
f) Article 108 offense made out where accused who had control of a military truck allowed an unlicensed 16-year-old to drive the car, resulting in damage to the vehicle.

The word “suffer,” as used in the UCMJ, does not have a meaning other than that accorded to it in the ordinary and general usage, i.e., is to allow, to permit, and not to forbid or hinder; also, to tolerate and to put up with. In charging an accused with the loss of military property, the word “suffer” may suitably be used in alleging willful or intentional misconduct by the accused, as well as negligent dereliction on his part.

Where a member of the naval service intentionally loses military property by willfully pushing it over the side of his ship, he may be charged under Article 108 of consciously suffering the loss or wrongfully disposing of military property.

Value of the property