1. The MEJA was approved by Congress and signed into law by the President on 22 November 2000. This legislation does not expand military jurisdiction; it extends federal criminal jurisdiction over certain civilians (DOD employees, contractors, and dependents thereof, and military dependents) accompanying the military overseas. The implementing regulations went into effect on 3 March 2005. The Act was amended in 2005 to cover civilian employees, contractors, and contractor employees of any Federal agency “to the extent such employment relates to supporting the mission of the Department of Defense overseas.” See 2005 NDAA, Sec. 1088.

2. The Act applies to felony level offenses that would apply under federal law if the offense had been committed within the “special maritime and territorial jurisdiction of the United States.”

3. The Act provides for an initial appearance proceeding, which may be carried out telephonically, conducted by a Federal magistrate judge. At this proceeding, the magistrate will determine if there is probable cause to believe a crime was committed and if the person committed it. If pretrial detention is an issue, the magistrate will also conduct a detention hearing as required by federal law. This detention hearing may also be conducted telephonically if the person so requests.

4. The Act directly involves the military in two ways.

a) The Act, depending on implementing rules, may authorize DOD law enforcement personnel to arrest those civilians covered by the Act.

b) The Act entitles those civilians covered by the Act, to representation by military counsel (i.e. judge advocates) at the initial hearing, if determined by the Federal magistrate.

e) Secretary of Defense Memorandum, “UCMJ Jurisdiction Over DoD Civilian Employees, DoD Contractor Personnel, and Other Persons Serving With or Accompanying the Armed Forces Overseas During Declared War and in Contingency Operations.” (10 March 2008) 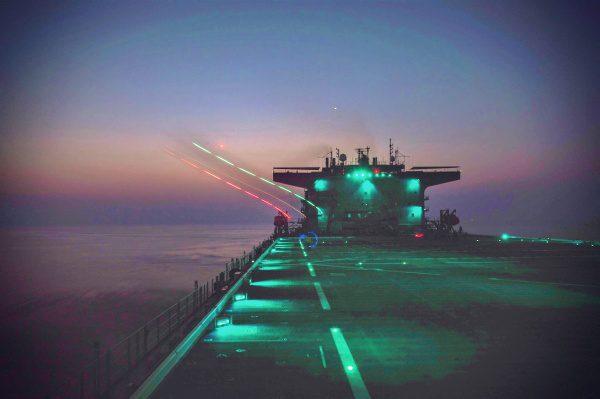 a) On Thanksgiving Day 2010, Sean Brehm (a South African), who was a contractor working for a U.S. company on Kandahar Airfield, Afghanistan (KAF), stabbed another contractor in the arm and stomach causing serious injuries. Brehm was taken into custody by Military Police. As part of his “Foreign Service Agreement” Brehm acknowledged and accepted that he may be subject to U.S. federal civilian criminal jurisdiction under MEJA (Military Extraterritorial Jurisdiction Act – passed in 2000 MEJA allow for the prosecution of civilians accompanying American troops overseas), by virtue of the fact that he was accompanying the U.S. Armed Forces outside the United States. As a result of the stabbing a grand jury indictment ensued where by Brehm was charged with two counts of assault (one with a dangerous weapon, and one resulting in serious bodily injury). Brehm pleaded guilty in Federal District Court in the Eastern District of Virginia to assault resulting in serious bodily injury. In exchange he was allowed to challenge, through appeal, the jurisdictional basis of the indictment. On appeal Brehm argued:

1) The indictment’s reliance on MEJA was misplaced, in that the statute cannot be applied to him in a manner consistent with the Constitution, and

2) there lacked a sufficient nexus between himself and the United States to support the exercise of criminal jurisdiction. The court rejected Brehm’s arguments and affirmed the district court conviction.

Concerning his first argument, Brehm did not challenge the constitutionality of MEJA and agreed that “under some circumstances Congress might have the authority to criminalize acts of foreign nationals.” But argued that neither he nor the victim are American citizens, and that during the stabbing he was not acting in furtherance of his job duties, which of course was with an American company.

The court reverted to the Constitution, specifically the power of Congress to “raise and support Armies.” Such power entitles it to “make all Laws necessary and proper” to adequately support the armed forces. The court also pointed out that it is not unusual for foreign nationals to be tried in American Courts for criminal conduct that occurs within U.S. borders. However, MEJA contemplates the very conduct for which Brehm was charged: criminal “conduct outside the United States.” Thus, the court concluded that the status of Brehm and his victim as foreign nationals is irrelevant, and that “rarely, we think, would a private employer include vicious attacks on third parties within an employee’s job description.”

To support his second argument, Brehm noted that until he came to Virginia as an accused he had never set foot in the United States, thus he lacked a sufficient nexus between himself and the United States to allow for the application of MEJA. For this, the court states that Brehm’s very presence on KAF would not have been possible without a DOD Letter of Authorization entitling him to DOD support while living on KAF. Thus, while KAF is not “technically territory of the United States” the court found it a “suitable proxy for due process purposes” whereby “the imposition of American criminal law there is not arbitrary.”

Further, the court stated that since Afghanistan had “disclaimed any interest in prosecuting criminal conduct at KAF by those situated similarly to Brehm, due process is not offended by the United States stepping into the jurisdictional void.” Finally, the court did not find any unfairness in prosecuting Brehm, in that “fair 55-15 Military Extraterritorial Jurisdiction Act (MEJA) warning does not require that the defendants understand that they could be subject to criminal prosecution in the United States so long as they would reasonably understand that their conduct was criminal and would subject them to prosecution somewhere.” Brehm should have reasonably understood that his conduct of stabbing a fellow contractor was criminal in nature.