Sources of Jurisdiction under the Uniform Code of Military Justice (UCMJ)

JURISDICTION OVER THE OFFENSE.

Subject matter jurisdiction is established by showing military status at the time of the offense.

Generally, an Armed Forces member will not be tried by court-martial or punished under Article 15, UCMJ, for the same Act a civilian court has tried the Soldier. This policy is based on comity between the federal government and state or foreign governments. See AR 27-10, para. 4-2; JAGMAN, para. 0124.

United States v. Gray, 51 MJ 1 (1999). The CAAF gives credence to Justice Stevens’ concurring opinion in Loving. The CAAF makes a specific finding that there are sufficient facts present in Gray, a capital case, to establish a service connection to warrant a trial by court-martial, but does not answer the question of whether a “service connection” requirement applies to capital cases.

JURISDICTION OVER THE PERSON.

United States v. Huey, 57 MJ 504 (N-M. Ct. Crim. App. 2002). The accused had served 20 years on active duty and was placed on the Retired List on 1 January 1989. In 1996 he worked as a Naval civilian employee in Okinawa. He confessed to sexual intercourse several times a week over nine months with his 16-year old adopted daughter. When the raping stopped, the accused was 58 years old, and his daughter was pregnant with his child. At trial, the accused moved to dismiss for lack of personal jurisdiction based upon a violation of constitutional due process under the Fifth Amendment. The accused cited Toth v. Quarles, 350 US 11 (1955) and argued that he had “obtained civilian status” and was deprived of due process rights available only in a civilian courtroom. The service court disagreed, stating that there “is no doubt that a court-martial has the power to try a person receiving retired pay.”

United States v. Stevenson, 65 MJ 639 (N.M.Ct.Crim.App. 2006). Accused was a sailor on the Temporary Disability Retirement List who waived his military disability pay in favor of Veteran’s Affairs disability compensation. Held: Court-martial had personal jurisdiction because the accused was “entitled to pay,” even if he was not receiving pay.

The Article 2(d), UCMJ, involuntary recall process required for members of a reserve component, is not required to bring retirees and members of the Fleet Reserve or Fleet Marine Corps Reserve on to active duty to have jurisdiction over them. United States v. Morris, 54 MJ 898 (N-M. Ct. Crim. App. 2001) petition for review denied, 2001 CAAF LEXIS 597 (22 May 2001).

Morgan v. Mahoney, 50 MJ 633 (A.F.Ct.Crim.App. 1999). Air Force retired reserve officer was involuntarily recalled to active duty under Art. 2(d)(1). Court held that the accused was subject to court-martial jurisdiction because 1) he was a “person lawfully called or ordered into…duty” under Art. 2(a)(1); 2) he could be ordered involuntarily to AD under Art. 2(d)(1) & (2) for offenses committed while the accused was on AD or IDT (within the statute of limitations); 3) he was amenable to the UCMJ under Art. 3(d) despite the termination of AD/IDT; 4) the AF Reserve is a “reserve component of the armed forces”; 5) he was in a “retired status” under 10 USC 10141(b); and 6) at the time of his recall, he was a member of the Retired Reserve. [Note: Retired Reservists who are receiving hospitalization from an armed force are subject to court-martial jurisdiction without being recalled to active duty].

Jurisdiction terminates once an accused’s discharge is ordered executed (or enlistment expires) and he or she is released from confinement. The remaining suspended punishments are automatically remitted. United States v. Gurganious, 36 MJ 1041 (NMCMR 1993).

Fisher v. Commander, Army Regional Confinement Facility, 56 MJ 691 (N-M. Ct. Crim. App. 2001). An accused that still has military confinement to serve pursuant to a court-martial sentence is still a military prisoner subject to military jurisdiction under the concept of “continuing jurisdiction,” notwithstanding the execution of his punitive discharge and receipt of the DD Form 214. This is true even where the prisoner is serving time in a state civilian prison. The discharge merely terminated his active duty status but did not terminate his status as a military prisoner.

In a time of declared war or a contingency operation, persons serving with or accompanying an armed force in the field. (covered in more detail in Part VI of this outline)

A Contract Which Changes “Status.” UCMJ, Art. 2(b). Art. 2(b) The voluntary enlistment of any person who can understand the significance of enlisting in the armed forces shall be valid for purposes of jurisdiction under subsection (a) of this section and a change of status from civilian to a member of the armed forces shall be effective upon the taking of the oath of enlistment.

Termination of Jurisdiction Over the Person.

RCM 202(a) discussion: “Completion of an enlistment or term of service does not by itself terminate court-martial jurisdiction . . . court-martial jurisdiction normally continues past the time of scheduled separation until a discharge certificate or its equivalent is delivered or until the Government fails to act within a reasonable time after the person objects to continued retention.”

RCM 202(c)(1): “Court-martial jurisdiction attaches over a person when action with a view to a trial of that person is taken. Actions by which court-martial jurisdiction attaches include: apprehension; imposition of restraint, such as restriction, arrest, or confinement; and preferral of charges.” See United States v. Self, 13 MJ 132 (CMA 1982); United States v. Benford, 27 MJ 518 (NMCMR 1988). 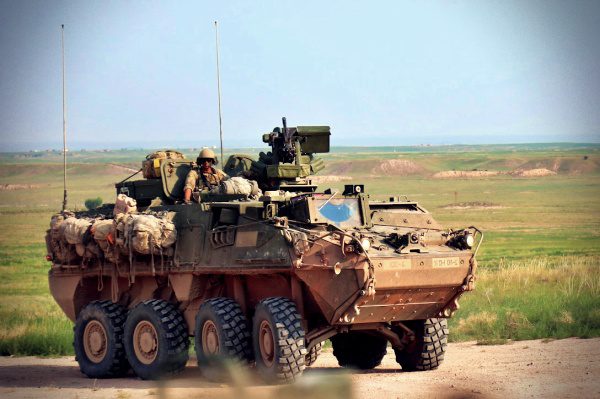 Discharge Authority’s Intent. Early delivery of a discharge certificate for administrative convenience (e.g., the command does not want to keep personnel office open until 2400) does not terminate jurisdiction when a certificate is clear on its face that the commander did not intend the discharge to take effect until later. United States v. Batchelder, 41 MJ 337 (1994). See United States v. Guest, 46 MJ 778 (Army Ct. Crim. App. 1997).

A valid discharge of a soldier before trial operates as a formal waiver and abandonment of court-martial in personam jurisdiction, whether or not such jurisdiction had attached before discharge. Smith v. Vanderbush, 47 M.J. 56 (1997).

United States v. Keels, 48 MJ 431 (1998). Promulgation of a supplemental court-martial convening order that ordered executed a punitive discharge does not terminate court-martial jurisdiction. Even when there is a punitive discharge, jurisdiction does not terminate until delivery of the discharge certificate and final pay accounting. There is not instantaneous termination of status upon completion of appellate review.

In Personam Jurisdiction in a Foreign Country.

Exception: UCMJ, Art. 3(b), a person is obtaining a fraudulent discharge.

Exception: Intent of the Discharge Authority – When the command places a hold on the accused before 2359 on the date of discharge, even though the discharge certificate had been delivered earlier that day, the discharge does not terminate jurisdiction.

Jurisdiction Over the Reserve Component.

UCMJ, Art. 3(d). Prevents the termination of court-martial jurisdiction over a member of a Reserve Component who violates the UCMJ while in a Title 10 status by the member’s release from active duty or inactive duty training. Closes jurisdiction gaps recognized by Duncan v. Usher, 23 MJ 29 (CMA 1986).

Procedure: Involuntary Recall to Active Duty. UCMJ, Art. 2(d), authorizes a member of a Reserve Component, who is the subject of proceedings under Articles 15 or 30, UCMJ to be ordered involuntarily to active duty for Article 32 investigations, trial by court-martial, and nonjudicial punishment.

Restrictions on the involuntary recall process.

Unless the appropriate Service Secretary approved the order to involuntary active duty, the member may not be:

Can be initiated and tried within the reserve structure and without active duty involvement. RCM 204(b)(2). But the summary court-martial officer must be placed on active duty. UCMJ, Art. 25; RCM 1301.

Impact on the National Guard.

The MEJA was approved by Congress and signed into law by the President on 22 November 2000. This legislation does not expand military jurisdiction; it extends federal criminal jurisdiction over certain civilians (DOD employees, contractors, dependents, and military dependents) accompanying the military overseas.

The implementing regulations went into effect on 3 March 2005. The Act was amended in 2005 to cover civilian employees, contractors, and contractor employees of any Federal agency “to the extent such employment relates to supporting the mission of the Department of Defense overseas.” See 2005 NDAA, Sec. 1088.

The Act applies to felony-level offenses that would apply under federal law if the offense had been committed within the “special maritime and territorial jurisdiction of the United States.”

The Act provides for an initial appearance proceeding, which may be carried out telephonically, conducted by a federal magistrate judge. At this proceeding, the magistrate will determine if there is probable cause to believe a crime was committed and if the person committed it. If pretrial detention is an issue, the magistrate will also conduct a detention hearing as required by federal law. This detention hearing may also be conducted telephonically if the person so requests. 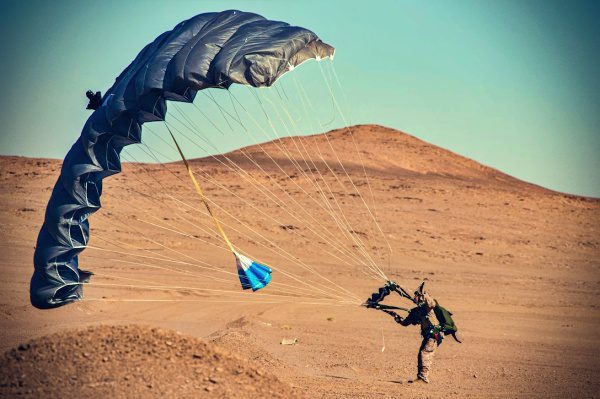 The 2007 National Defense Authorization Act amended Article 2(a)(10) as follows:

Current operations in Afghanistan and Iraq meet the definition of “contingency operation” above.

One civilian tried by court-martial using Article 2(a)(10) jurisdiction.

In United States v. Ali, the accused, a Canadian/Iraqi citizen, pled guilty to three specifications involving possessing, hiding, and lying about a knife (the original charge was aggravated assault for stabbing another interpreter in the chest), and was sentenced to five months confinement. His case did not receive an automatic review by the Army Court of Appeals because it was subjurisdictional.