Defense of Inability and Impossibility in a Military Trial

Generally this defense pertains only to situations in which the accused has an affirmative duty to act and does not. The defense excuses a failure to act.

The accused’s conduct is excused if physical conditions made it impossible to obey or involuntarily caused the accused to disobey. See United States v. Williams, 21 M.J. 360 (C.M.A. 1986). When one’s physical condition is such as actually to prevent compliance with orders or to cause the commission of an offense, the question is not one of reasonableness but whether the accused’s illness was the proximate cause of the crime.

The case is not one of balancing refusal and reason, but one of physical impossibility to maintain the strict standards required under military law. In such a situation, the accused is excused from the offense if its commission was directly caused by the physical condition and the question whether the accused acted reasonably does not enter into the matter. United States v. Cooley, 36 C.M.R. 180 (C.M.A. 1966). To apply a reasonableness standard in instructing the court is error. United States v. Liggon, 42 C.M.R. 614 (A.C.M.R. 1970).

Physical impossibility may exist as a result of illness/injury of the accused. United States v. Cooley, 36 C.M.R. 180 (C.M.A. 1966) (the defense applied to a charge of sleeping on guard where the accused suffered from narcolepsy resulting in uncontrollable sleeping spells.) The defense also exists when requirements placed on the accused are physically impossible of performance. United States v. Borell, 46 C.M.R. 1108 (A.F.C.M.R. 1973) (discusses the impossibility of obeying an order to report to the orderly room within a very short period of time).
d) United States v. Roeseler, 55 M.J. 286 (C.A.A.F. 2001) (because the impossibility of the fictitious victims being murdered was not a defense to either attempt or conspiracy, it was not a defense to the offense of attempted conspiracy). 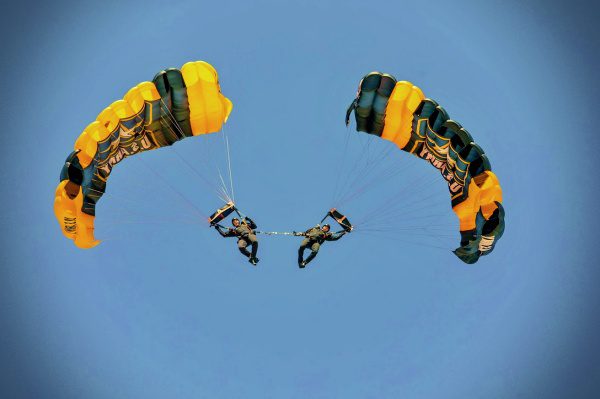 If the accused’s noncompliance was reasonable under the circumstances, it is excused. Unlike physical impossibility, inability to act is a matter of degree. To determine whether a soldier’s failure to act because of a physical shortcoming constitutes a defense, one must ask whether the non-performance was reasonable in light of the injury, the task imposed, and the pressing nature of circumstances. United States v. Cooley, 36 C.M.R. 180 (C.M.A. 1966).

United States v. Amie, 22 C.M.R. 304 (C.M.A. 1957) (inability raised when accused testified that upon expiration of leave he was ill and, pursuant to medical advice, undertook to recuperate at home, thus resulting in late return to unit). United States v. Heims, 12 C.M.R. 174 (C.M.A. 1953) (law officer erred by failing to instruct on the physical inability defense where evidence established that accused was unable to comply with order to tie sandbags because he was suffering from a hand injury).

United States v. King, 17 C.M.R. 3 (C.M.A. 1954) (inability defense raised where accused refused order to return to his battle position allegedly because he was suffering from frostbitten feet). United States v. Barnes, 39 M.J. 230 (C.M.A. 1994) (defense of physical inability to return to unit is available only when accused’s failure to return was not the result of his own willful and deliberate conduct; defense was raised by testimony that accused’s failure to return was due to his abduction by third parties, the subsequent theft of his car, and his forty mile walk back to his home).

If a physical inability occurred through the accused’s own fault or design, it is not a defense. United States v. New, 50 M.J. 729 (Army Ct. Crim. App. 1999) (military judge did not err by failing to instruct on inability where the accused claimed that after he willfully reported to the company formation in the wrong uniform, he was removed from the formation and unable to comply with the order to be in the follow-on battalion formation in the Macedonia deployment uniform), aff’d, 55 M.J. 95 (C.A.A.F. 2001).

Financial and Other Inability.

This defense is applicable if the accused can show the following:

United States v. Pinkston, 21 C.M.R. 22 (C.M.A. 1966) (accused not guilty of disobeying order to procure new uniforms when, through no fault of his own, he was financially incapable of purchasing required uniforms).
United States v. Smith, 16 M.J. 694 (A.F.C.M.R. 1983). Financial inability is a defense to dishonorable failure to pay a debt. But cf. United States v. Hilton, 39 M.J. 97 (C.M.A. 1994) (financial inability not a defense to dishonorable failure to pay just debt where accused’s financial straits resulted from her own financial scheming, had debts of only $50 each month and was receiving monthly pay of $724.20).
United States v. Kuhn, 28 C.M.R. 715 (C.G.C.M.R. 1959) (seaman who was granted leave to answer charges by civil authorities and who was detained in confinement after the expiration of his leave was not AWOL).

Physical Impossibility and Inability and Attempts.

Partner Alexandra Gonzбlez-Waddington, has fought for countless American Service members charged with rape and has tenaciously worked on some of the most serious war crime cases from the Iraq and Afghanistan conflicts. Alexandra co-authored three of the best criminal trial guides on cross-examination, Pattern Cross-Examination for Sexual Assault Cases: A Trial Strategy & Resource Guide, Pattern Cross-Examination for DNA and Biological Evidence, and Pattern Cross-Examination of Expert Witnesses, published by NACDL. These trial books are used by criminal defense practitioners worldwide and worldwide. She was one of the first defense attorneys to serve as a Public Defender for the Augusta Judicial Circuit.

Email us today to speak with our criminal defense lawyers.

Armed forces personnel should hire inexorable criminal defense lawyers to represent them at their court-martial proceeding or administrative separation (ADSEP) board. If you or a loved one are suspected of a military offense such as: Sexual assault, Assault – Article 128, UCMJ, Deposit of Obscene Matters – Article 120a, UCMJ, Absence Without Leave – Article 86, UCMJ, or Indecent Conduct – Article 134, UCMJ or if you are dealing with an officer show cause board then call our hard-core military defense lawyers before it is too late.