Legal Defense of Entrapment in a Military Court-Martial

The suggestion to commit the crime originated in the government, and

The accused had no predisposition to commit the offense.

Predisposition to Commit the Crime.

The prosecution must prove beyond a reasonable doubt that the defendant was disposed to commit the criminal act prior to first being approached by government agents. Jacobson v. United States, 503 U.S. 540 (1992); United States v. Vanzandt, 14 M.J. 332 (C.M.A. 1982).

Continuing Defense. A valid defense of entrapment to commit the first of a series of crimes is presumed to carry over into the later crimes. United States v. Skrzek, 47 C.M.R. 314 (A.C.M.R. 1973). Whether the presumption carries over to different kinds of drugs is a question of fact. United States v. Jacobs, 14 M.J. 999 (A.C.M.R. 1982). The taint can extend to a different type of crime as long as the acts come from the same inducement. United States v. Bailey, 18 M.J. 749 (A.C.M.R. 1984) (accused entrapped to distribute drugs could raise defense to larceny by trick arising from later distribution of counterfeit drugs), aff’d, 21 M.J. 244 (C.M.A. 1986).

Predisposition is a question of fact. A military judge may not find predisposition as a matter of law and refuse to instruct on entrapment. United States v. Johnson, 17 M.J. 1056 (A.F.C.M.R. 1983).

United States v. St. Mary, 33 M.J. 836 (A.C.M.R. 1991) (government conduct did not violate due process where accused provided drugs to undercover female agent in hopes of having a future sexual relationship as the agent did not offer dating or sexual favors as an inducement); accord United States v. Fegurgur, 43 M.J. 871 (Army Ct. Crim. App. 1996) (undercover CID agent who repeatedly asked accused to obtain marijuana for her, knowing that he wished to date her, was not so outrageous as to bar prosecution of accused under either due process clause or fundamental norms of military due process).

Court members should be instructed only on subjective entrapment, and not the due process defense. United States v. Dayton, 29 M.J. 6 (C.M.A. 1989). 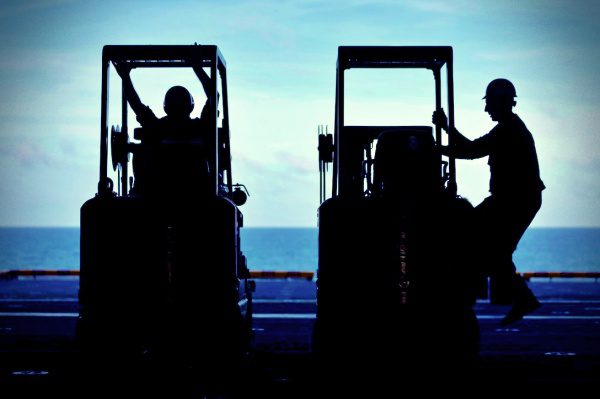 The question is whether a government official instigated the act. If the accused shows that he was willing and willing to commit the crime when the opportunity arose, the defense of capture is useless, regardless of the degree of incitement.

The detention defense is introduced when an accused demonstrates criminal behavior that induces or encourages law enforcement authorities to obtain evidence against the accused. In prosecuting an offense, it is an affirmative defense that the offense happened because he was induced or encouraged by an official or another person to cooperate with the official in seeking or obtaining evidence against him for prosecution and that the methods by which such evidence is obtained present a significant risk that the offense will be committed by someone who otherwise would not commit the offense. The accused does not have to be law-abiding to assert the defense, but the defense does not exclude the background to a predisposition to unlawful acts that have nothing to do with the crime in question.

The accused may present a defense to prove that the capture took place. Entrapment is an affirmative defense of the crime, which means that even if the defendant has been lured into a trap if he is found not guilty, he is guilty of a crime. Depending on the law of jurisdiction, the prosecution may be obliged to prove beyond doubt that the accused was not captured, or the accused must prove that he was captured, which are both affirmative defenses.

To prove a defense of entrapment, the accused must present evidence that meets both an objective and a subjective standard, depending on the law of the state in which the accused is charged. The burden of proof falls on the accused to prove that the officer is guilty of the arrest by overriding the evidence. For example, suppose the actions of the police officers were extreme and inappropriate. In that case, the jury or judge could decide that no case or a more subjective standard can determine whether the accused was predisposed to commit the crime and whether this predisposition motivates the accused to take further police action.

A judge or jury must consider whether the prosecution can prove beyond reasonable doubt that the defendant committed the crime based on his criminal disposition, not because the police measures themselves were convincing. When a person commits a crime that he or she has not committed in the presence or influence of law enforcement, law enforcement does not function as a defense. The objective standard by which a defendant must prove that he is a prisoner is a preponderance of the evidence. This is a stricter requirement than a “reasonable doubt” for judges and juries to declare a defendant not guilty.

Indeed, such arrangements are worth considering in cases involving undercover drug trafficking, firearms purchases, sting operations, and the involvement of agents posing as ordinary people. When law enforcement uses tactics to incite a reasonable, law-abiding person to commit a crime against them, it falls within the judiciary’s jurisdiction to assert an objective defense of that crime.

Defendants, on the other hand, can use capture to their advantage if their case permits. For example, when the accused has a criminal record for a similar crime and the public prosecutor is prepared to resolve the case by reducing the charges or other considerations, the defense that falls into the trap can be invoked. The defense of the subjective traps focuses on the individual defendant and provides defense against law enforcement agencies that pressure the defendant to commit the crime against him.

Entrapment is the defense against prosecution in which a government official tricks a person into committing a crime they are unlikely to commit. For example, a person who is genetically predisposed to commit criminal acts may not use arrest if he has never committed a crime. Entry can be an affirmative defense against criminal charges and help a defendant dismiss a case.

The detention defense will be considered in cases involving undercover agents or sting operations involving law enforcement officers posing as normal people and observing defendants engaged in illegal activities. In criminal proceedings arising from the involvement of the law enforcement authorities, the accused maintains that he or she did not commit the crime by being caught. It is unlikely that the person would commit it without the involvement of the law enforcement authorities. It is an affirmative defense if the crime is committed in the name of another crime or if the defendant exhibits such behavior because he/she was “imprisoned.”.

Each state has its case law and legislation defining the available defense of captivity. Each state can choose to conduct either a subjective or objective test to determine whether a government’s actions constitute a trap. The objective test examines whether the government has made arrests because of actions by government officials that led a law-abiding person to commit a crime. Subjective Entrapment Subjective Entrapment is imprisonment according to the subjective included defense, in which the law enforcement authorities pressure a defendant to commit a crime against him or her.

The objective defense focuses on prosecution tactics and the accused’s predisposition (e.g., Winifred’s criminal record is irrelevant and therefore inadmissible as evidence). The subjective test considers the defendant’s state of mind, and the entanglements claim that the defendant has a predisposition to commit the crime. The prosecutor must prove that all elements of the accused’s crime are taken into account, and the state must prove beyond doubt with evidence that a suspect was not caught.