Accused may not be tried by a panel that includes enlisted members unless he makes such a request. Article 25 requires requests for enlisted court members to be made orally on the record or in writing.

United States v. Alexander, 61 M.J. 266 (C.A.A.F. 2005). The military judge advised the accused of his forum selection rights, which the accused requested to defer. During a later proceeding, the military judge stated that he was told an enlisted panel would be hearing the case and defense did not object to the statement. The accused, however, failed to state in writing or on the record his request for enlisted members in violation of Article 25, UCMJ and RCM 903(b)(1). The CAAF held that the error in the accused failing to personally select forum on the record is a procedural, as opposed to jurisdictional, issue. The court stated, “[the] right being addressed and protected in Article 25 is the right of an accused servicemember to select the forum[,] . . . [t]he underlying right is one of forum selection,not the ministerial nature of its recording.” The CAAF held that the record reflected that the accused selected court-martial by panel members and the accused failed to show that the error in recording his forum selection resulted in any prejudice.

United States v. Morgan, 57 M.J. 119 (C.A.A.F. 2002) (military judge erred by not obtaining on record defendant’s personal request for enlisted members to serve on court-martial, but error was not jurisdictional, and under circumstances, it did not materially prejudice substantial rights of defendant).

United States v. Townes, 52 M.J. 275 (C.A.A.F. 2000) (military judge had duty to obtain personal election from accused regarding the forum’s composition, but where no coercion was alleged, the error did not materially prejudice the accused’s substantial rights). 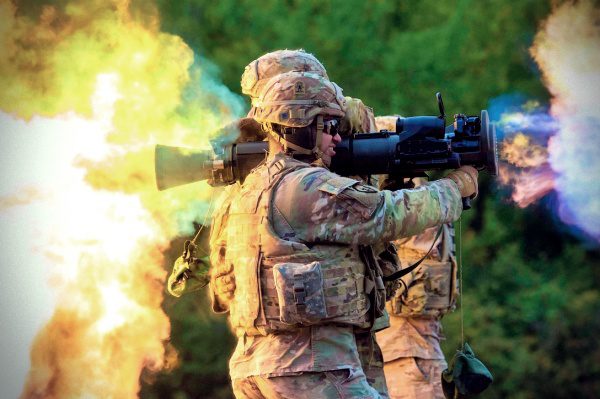 The United States v. Andreozzi, 60 M.J. 727 (A. Ct. Crim. App. 2004). Accused failed to state in writing or on the record his request for enlisted members in violation of Article 25, UCMJ and RCM 903(b)(1). ACCA ordered two DuBay hearings to determine if the accused personally selected trial by one-third enlisted members. ACCA held, under the totality of the circumstances, that the accused personally elected an enlisted panel. These relevant circumstances included: the military judge telling the accused his forum rights, the defense counsel submitting trial by enlisted members paperwork to the military judge, the defense counsel’s testimony that his SOP was to discuss and explain forum rights to the accused and to follow the accused’s wishes, the accused’s presence in the courtroom when the panel was assembled and voir dired, and the accused’s active participation in his own defense. ACCA stated “[b]ecause there was substantial compliance with Article 25, UCMJ,UCMJ (2015) the failure to comply with the procedural requirements of Article 25, UCMJ, did not materially prejudice [the accused’s] substantial rights.”

United States v. Follord, No. 20020350 (A. Ct. Crim. App. Feb. 15, 2005) (unpub). The accused, a CW2, did not make a knowing and voluntary waiver of his statutory right to trial by five officer members because of the following errors: (1) his executed PTA erroneously listed one of his three forum options as a trial by one-third enlisted, (2) his request for military judge alone stated that any trial composed of officers would be “not of his unit,” and (3) military judge advised the accused that if he requested officer members at his general court-martial that the panel must comprise “at least three members.” The court stated the host of errors “constitutes a lack of substantial compliance with Article 16, UCMJ.” Findings and sentences set aside.

The United States v. Summerset, 37 M.J. 695 (A.C.M.R. 1993). The military judge abused his discretion when he denied as untimely accused’s request for enlisted members made four days prior to trial. He made no findings of fact regarding unnecessary expense, unacceptable delay, or significant inconvenience. See RCM 903(a)(1) and (e).

Failure to assemble a court of at least one-third of enlisted members is a jurisdictional error necessitating setting aside the panel-adjudged sentence. The United States v. Craven, 2004 CCA LEXIS 19 (A.F. Ct. Crim. App. Jan 21, 2004). (following challenges for cause and peremptory strikes, enlisted members constituted only 28.6 percent (five officers and two enlisted) of membership of court).