Selecting a jury for a military court-martial

Selecting a military jury in general

While the CA must use the Article 25 criteria, much litigation has revolved around the CA’s supplementing the Article 25 criteria with other criteria. Some of these criteria are discussed below. See United States v. Dowty, 60 M.J. 163 (C.A.A.F. 2004). Accused contended that, by soliciting volunteers to serve as court members and then drafting a list of nominees for the CA’s approval, the ASJA violated the letter and spirit of Article 25, UCMJ. Court upheld conviction in face of potentially troubling” panel selection where CA personally selected members despite  northodox nomination process.

While it was error to nominate members based on an irrelevant variable, such as volunteering, the error did not prejudice the accused. Note: accused and counsel were “given full opportunity to question potential members in open court to develop any possible biases or preconceptions, and, through appropriate causal and peremptory challenges, removed any potential member who they had reason to believe would not be capable, fair, and impartial.” Also, by time of accused’s trial, only three “volunteers” remained on seven-member panel.

The commander may seek to have the panel’s membership reflect the military community. See, e.g., United States v. Smith, 27 M.J. 242, 249 (C.A.A.F. 1988). “[A] commander is free to require representativeness in his court-martial panels and to insist that no important segment of the military community – such as blacks, Hispanics, or women – be excluded from service on court-martial panels.” CMA tacitly accepted as valid the CA’s effort “to have a mix of court members with command or staff experience” to have “some female representation on the panel.” 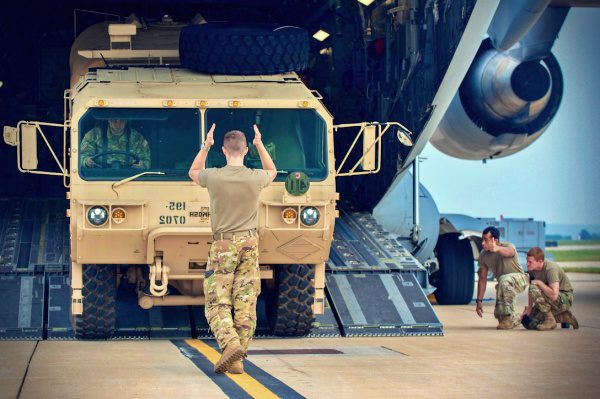 Convening authority may include members based upon their race so long as the motivation is compatible with Article 25, UCMJ. United States v. Crawford, 35 C.M.R. 3 (C.M.A. 1964) (as to black NCO, it is exclusion that is prohibited, not inclusion). See also United States v Smith, infra.

Permissible if for proper reason. United States v. Smith, 27 M.J. 242 (C.M.A. 1988). CA may take gender (or race) into account in selecting court members if seeking in good faith to select that a court-martial panel that is representative of the military population. But, evidence indicated a hidden policy of ensuring two “hardcore” females were on all sexual assault cases based on their “unique experience.”

United States v. Lewis, 46 M.J. 338 (C.A.A.F. 1997). In a case involving attempted voluntary manslaughter and assault on the accused’s wife, the convening authority did not “stack” the panel with female members when, in response to a defense request for enlisted members, two of original five female officers were relieved and one female enlisted member was added, resulting in a panel of five male and four female members. Original panel had ten members, five of whom were females.

Convening authority may select based upon duty position (e.g., commanders) in a good faith effort to comply with Article 25 criteria. United States v. White, 48 M.J. 251 (C.A.A.F. 1998). CA issued a memorandum directing subordinate commands to include commanders, deputies and first sergeants in the court member applicant pool. Eight of ten panel members for the accused’s trial were in command positions.

Rank is not a criterion listed under Article 25, UCMJ. The CA may not select members junior to an accused, but, aside from that one qualification, the convening authority may not use rank as a device for deliberate and systematic exclusion of otherwise qualified court members. United States v. Daigle, 1 M.J. 139 (C.M.A. 1975) (policy of excluding all lieutenants and WOs); but see United States v. Yager, 7 M.J. 171 (C.M.A. 1979) (exclusion of persons in grades E-2 and E-1 permissible).

Despite the cases holding that the composition of the panel can create an “appearance of evil,” more recent cases have disallowed challenges to the panel based solely on its composition at trial. United States v. Bertie, 50 M.J. 489 (C.A.A.F. 1999) (disproportionate number of high-ranking panel members did not create presumption of impropriety in selection).

United States v. Fenwrick, 59 M.J. 737 (A.F. Ct. Crim. App. 2003). Defense raised motion to dismiss for systematic and improper exclusion of lieutenants from panel membership. The GCMCA testified on the motion regarding his selection of members IAW Article 25 criteria. The military judge, however, determined the GCMCA had systematically and improperly excluded lieutenants because in the thirteen courts-martial of the fiscal year only two lieutenants were selected and none served. The military judge granted defense’s motion and ordered the GCMCA to select new panel members free from systematic exclusion of lieutenants.

The GCMCA selected a new panel, without lieutenants, causing the military judge to dismiss the case with prejudice and the Government appealed. On appeal, AFCCA held “the military judge may rely upon statistical evidence to discern a ‘subconscious’ desire by the convening authority to improperly exclude certain grades, [but] such statistical evidence must clearly indicate such an exclusion.”

Such clear evidence was lacking in this case where lieutenants were not excluded from the nomination process, the GCMCA testified he applied the Article 25 criteria, and the GCMCA had previously selected six lieutenants in fifteen courts-martial in the prior fiscal year. The court recognized “it is not improper, during the selection process, for a convening authority to look first to officers and enlisted members senior in rank because they are more likely to be the best qualified under Article 25.”

United States v. Smith, 37 M.J. 773 (A.C.M.R. 1993). In handwritten note, convening authority directed major subordinate commanders to provide “E7” and “E8” members for membership on court-martial panel. ACMR found that selection was based solely on rank in violation of Article 25, UCMJ, and that the improper selection deprived the court of jurisdiction. Findings and sentence set aside.

United States v. Nixon, 33 M.J. 433 (C.M.A. 1991). A panel consisting of only E-8s and E-9s creates an appearance of evil and is probably contrary to Congressional intent. The CG’s testimony, however, established that he had complied with Article 25 and did not use rank as a selection criterion. Court noted close correlation between the selection criteria for court-martial members in Article 25(d)(2), UCMJ and the grade of a commissioned or non-commissioned officer. “Indeed, because of that correlation, there is a danger that, in selecting court members, a convening authority may adopt the shortcut of simply choosing by grade.” Resulting blanket exclusion of qualified officers or enlisted members in lower grades violates Congressional intent.

United States v. Benson, 48 M.J. 734 (A.F. Ct. Crim. App. 1998). An Air Force convening authority violated Article 25 when, after sending a memorandum to subordinate commands directing them to nominate “officers in all grades and NCOs in the grade of master sergeant or above for service as court-members,” he failed to select members below the rank of master sergeant (E-7). The convening authority, while testifying that he had no intent to violate Article 25, also testified that he had never selected a member below the rank of E-7. The court held the CA violated Article 25 by systematically excluding ranks E-4 to E-6. The findings and sentence were set aside.

Generally, where the accused challenges the panel because the CA has allegedly excluded otherwise qualified people (e.g., she prefers to select only those who have command experience), we look to the motivation of the convening authority. If the motivation is compatible with Article 25, UCMJ, the selection may not be disturbed.

Rank, however, is the one area where the convening authority’s motive is largely irrelevant (thus, the CA may have the intention of fully complying with Article 25, but Article 25 is violated where the CA uses rank as a “shortcut” in the selection process). Moreover, where the convening authority appoints members to achieve a particular result (e.g., to guarantee a conviction, or a harsh sentence), the CA has engaged in “court stacking” or “court packing.” This is not a jurisdictional challenge per se but rather a species of command influence, in violation of Article 37. If the accused alleges the CA has engaged in court stacking, the court will look to the motivation and intent of the CA.

United States v. Melson, No. 36523, 2007 CCA LEXIS 372 (A.F. Ct. Crim. App. Sep. 14, 2007) (unpublished). At his trial, the accused moved to dismiss the charges and specifications, alleging that the GCMCA improperly selected the panel by intentionally selecting senior members to serve. Five of the ten members were colonels (O-6s) and, although the case was tried at a different base, some of his staff were chosen as members.

The GCMCA testified that he “wanted to pick members whom he knew had the best judgment and experience.” He also said it “was the most serious case he had ever handled.” Furthermore, he wanted to ensure that he had officers with the “requisite maturity and experience.” The issue was addressed at length at trial and the military judge denied the motion, finding that the CA had properly applied Article 25.

The AFCCA affirmed, stating that every panel is essentially “hand-picked.” However, “[w]hat is impermissible is for the convening authority to select members with a view toward influencing the outcome of the case.” The court found that the CA gave the panel selection in the case “a great deal of time and consideration . . . [and] did so in an attempt to ensure justice, not subvert it.” Therefore, the accused did not satisfy his burden to show that the members were improperly selected.

In United States v. Redman, 33 M.J. 679 (A.C.M.R. 1991), the court found that the Government’s dissatisfaction with the panel’s unusual sentences actually meant dissatisfaction with findings of not guilty or lenient sentences. The court held the intentional manipulation of Article 25 criteria to achieve particular result in cases is a clear violation of Articles 25 and 37, UCMJ. 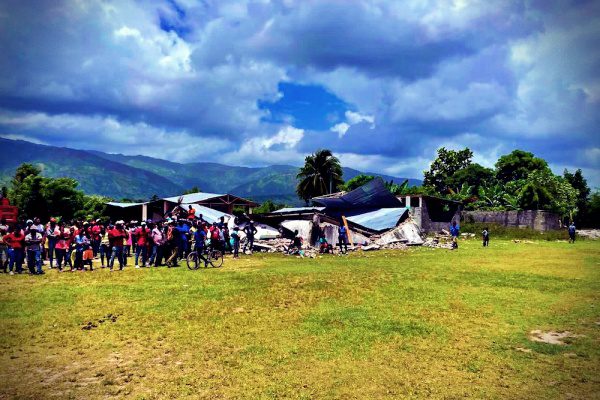 The defense did not object. ACCA remanded on its own for a DuBay hearing concerning the presence of the additional two enlisted members. CAAF held that, “When a convening authority refers a case for trial before a panel identified in a specific convening order, and the convening order identifies particular members to be added to the panel upon a triggering event, the process of excusing primary members and adding the substitute members involves an administrative, not a jurisdictional matter.

Absent objection, any alleged defects in the administrative process are tested for plain error.” Here there was no error. Excusal of one officer and the one enlisted member prior to the excusal of the other officer would have reduced the panel to ten members, five of whom were officers and five of whom were enlisted. This triggered the one-third plus two triggering event. Even if there was error in the triggering event, so long as the members were listed on the convening order and the panel met the one-third requirement, any error in the operation of the triggering mechanism was administrative, not jurisdictional.