Law on Victim’s Rights in the Military

A female Air Force Academy cadet sued the Secretary of the Air Force and others seeking declaratory and injunctive relief based on alleged sexual harassment during training, in violation of her due process and equal protection rights. The alleged harassment included a videotaped simulated “rape and exploitation” scenario as part of SERE (survival, evasion, resistance, and escape) training, during which she received injuries requiring medical attention. As part of her requested relief, the plaintiff sought a declaratory judgment that she is a “crime victim” as defined by the Victims’ Rights and Restitution Act of 1990 and DoD 1030.2. 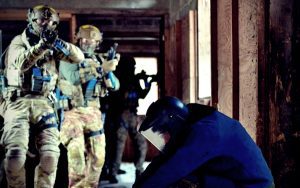 The Air Force argued that her claim should be dismissed because there is no private right of action under the Victims Rights Act. The court found that argument “without merit,” and denied the Air Force’s motion to dismiss. Although the court determined that the government “is not required to do anything under the Victims’ Rights Act in the absence of an ongoing criminal investigation,” if the Air Force was required to have launched such an investigation under the circumstances presented, Cadet Saum may be entitled to relief. Cadet Saum and the Air Force settled the case and it was dismissed with prejudice in 1997. Saum v. Widnall, 959 F.Supp. 1310 (D. Col. 1997).

CAAF overturns 53 years of precedent and holds that it will no longer follow a policy of abatement ab initio for appellants who die following a review by the intermediate service courts but prior to final review by the Court of Appeals for the Armed Forces. The rationale for overturning the abatement policy rested on two grounds: first, even after the death of a military defendant “there remains a substantial punitive interest in preserving otherwise lawful and just military convictions”; and second, the impact of abatement ab initio on victims’ rights, and, in particular, the issue of restitution as a condition of a pretrial agreement, reduced sentence, clemency, or parole. “Particularly where there has been one level of appeal of right, abatement ab initio at this level frustrates a victim’s legitimate interest in restitution and compensation.”

The Victim Rights and Restitution Act of 1990, and the Victim Rights Clarification Act of 1997, amending F.R.E. 615, did not apply to the military prior to the dates those changes would automatically become effective under Mil. R. Evid. 1102 (18 months after the effective date in the federal system). As it happens, the President enacted changes to Mil. R. Evid. 615, effective 15 May 2002 (adding subparts 4 and 5, discussed above), which differed somewhat from the F.R.E. amendment. 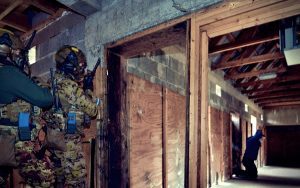 CCA stated no remedial action was required because the Accused’s family was adequately compensated with transitional compensation (TC), which ACCA concluded the Accused’s family was not entitled to because they were receiving waived forfeitures, albeit at the E-1 rate. The CAAF, in reversing, held if a material term of a PTA is not met by the government three options exist: (1) the government’s specific performance of the term; (2) withdrawal by the accused from the PTA, or (3) alternative relief, if the accused consents to such relief. Additionally, the CAAF held an Accused’s family could receive TC while receiving either deferred or waived forfeitures if the receipt of TC was based on a discharge and if the receipt of TC was based only on the Accused receiving forfeitures, the family could receive TC if not actively receiving the deferred or waived forfeitures. Case remanded to determine if the Gov’t could provide specific performance.

Appellant was convicted of larceny of BAH and false official statements. Appellant’s wife submitted an adverse letter to the convening authority, purportedly “in the spirit of the DoD Victim and Witness Assistance Program implementing the Victims’ Rights and Restitution Act of 1990.” Appellant contended on appeal that his estranged wife was not an Article 120 UCMJ “victim” in any sense of the word as it is defined in the relevant victim rights statutes. The court held that, while the appellant may be correct, the convening authority was permitted to consider the letter upon some other basis, so long as the appellant was notified properly by the SJA addendum. Further, the court held that although there may be limits to what the convening authority could consider, by failing to challenge the appropriateness of the letter at the time it was served upon him, the appellant waived the issue.