When You Require a Military Attorneys in RAF Lakenheath, England

We have successfully gone to bat for and cleared the names of U.S. armed forces personnel stationed worldwide. Read our case experience with various criminal defense law firms.

Our court-martial lawyers have gained a reputation for fighting for U.S. military personnel in England. If you are stationed at RAF Lakenheath and are accused of a military offense, hiring the best military defense counsel can be the difference between getting convicted. Our court-martial defense counsel zealously represent RAF Lakenheath servicemembers in criminal and non-judicial matters, including sexual offenses, Maiming – Article 128a, UCMJ, Carnal Knowledge, Title IX Sexual Misconduct Allegations, or False Pretenses to Obtain Services – Article 121b, UCMJ. 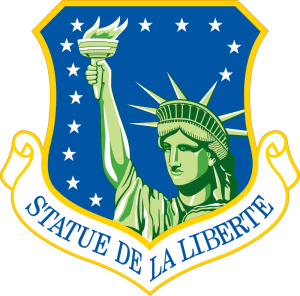 Your case will not be outsourced to a random attorney, and we will not power you into pleading guilty at the last minute. Our court-martial defense lawyers have successfully defended court-martials and ADSEP proceedings in the U.S. and around the world.

Lawyer Alexandra González-Waddington, has defended hundreds of American service members accused of felony crimes and has aggressively worked on some of the most famous war crime cases from the Iraq and Afghanistan conflicts. Alexandra co-authored three of the top criminal trial guides on cross-examination, Pattern Cross-Examination for Sexual Assault Cases: A Trial Strategy & Resource Guide, Pattern Cross-Examination for DNA and Biological Evidence, and Pattern Cross-Examination of Expert Witnesses, published by a leading legal publisher. Criminal defense law firms use these guides in the United States and around the world. In addition, Alexandra was one of the first defense attorneys to serve as a Public Defender for the Augusta Judicial Circuit.

Our firm’s other founding attorney, Michael Waddington, graduated from Temple Law School in Philadelphia, PA, and is a current member of the American Board of Criminal Lawyers, one of the most honored legal groups comprised of some of the best criminal attorneys in the United States. In addition, some of Michael Waddington’s cases were made into documentary films, such as “Killings at the Canal,” a CNN documentary special that unveils what caused the murders of Iraqi terrorists by Army soldiers. He also regularly instructs military and civilian attorneys on cross-examining cops. Finally, our experienced RAF Lakenheath military defense lawyers will use our history to fight your court-martial or administrative separation (ADSEP) case at RAF Lakenheath.

Contact us today to consult with our court-martial defense lawyers.

U.S. military personnel living at RAF Lakenheath deserve the best military criminal defense lawyers to represent them at their trial or ADSEP proceeding. So if you or a loved one are stationed at RAF Lakenheath and are suspected of a military offense or if you are dealing with a non-judicial punishment, then call our military defense counsel right away.

The UCMJ forms the backbone of the military legal system. It applies to all active duty, national guard and reserves, and retired armed forces personnel across all branches. If you or someone close to you has been charged with a crime under the UCMJ, you must turn to military defense lawyers for help right away. The experienced military criminal defense attorneys at Gonzalez & Waddington can help. As a former member of the U.S. Army’s Judge Advocate General’s Corps (JAG) Michael Waddington has a proven track record of helping RAF Lakenheath US armed forces personnel in criminal and non-judicial cases.

It is important for RAF Lakenheath US military to know their rights. U.S. Soldiers, Sailors, Airmen, Marines, and Coasties have the legal right to be defended by court-martial defense attorneys, so don’t wait to hire military counsel. Instead, to start fighting your allegation, contact the civilian defense lawyers at Gonzalez & Waddington. Our lawyers will handle your case from start to finish.

Our military defense lawyers will arrange free counseling to discuss your allegations in detail and explain how they will fight your case.

RAF Lakenheath is a military base in Suffolk, United Kingdom. It is located 8.3 miles west of Thetford. It is 4.7 miles north of Mildenhall and is also known as RAF Lakenheath. In the mid-1950s, the RAF station was constructed. It is home to more than 100 planes and is known as the largest in the country.

RAF Lakenheath is the only active military base in the UK that is owned by the government. The USAFE has a long history at Lakenheath. The airfield was resurfaced in 1946. The base became an independent operational unit in 1945. During World War II, the base hosted B-29 Superfortresses of the SAC’s 2nd Bombardment Group. In May 1948, the USAFE took over full operational control of the base.

RAF Lakenheath, UK is the largest base in the USAFE. The wing served as a support station until the runways were closed for construction. RAF Lakenheath is a community of approximately 8,200 residents and has a population of more than 6,000. The city of Brandon has a total of 8,800 people. The local population of the area is around 88,000.

RAF Lakenheath is a thriving airbase in Suffolk. It houses several United States Air Force units. The 48th Fighter Wing, also known as the Liberty Wing, has one squadron of F-15C/D Eagle aircraft. The 48th Fighter Wing has two squadrons of F-35A Lightning II jets. They were involved in numerous NATO exercises, and the base is located just east of Mildenhall.

RAF Lakenheath is located in Suffolk. It is 13 miles from Newmarket. It is also 40 miles from Norwich and Cambridge. The base is the home of the 149 Squadron. Its airfield had three dozen B-29 planes. The second squadron, which was designated the U-2, was formed on 6 April 1942. The two squadrons operated from the same base.

In 1951, the 3909th Air Base Group transferred RAF Lakenheath to Greenham Common. It was replaced by the 38th Air Force in 1957. In 1954, the US Strategic Air Command moved its headquarters to RAF Sculthorpe. During the Cold War, the allied forces in East Anglia were defeated by the Nazis. Then, the USSR was defeated. The Allied forces won the RAF was able to defeat the Nazis.

RAF Lakenheath United Kingdom: The 48th Fighter Wing is located near the town of Lakenheath in Suffolk. The base was assigned to the United States Air Force in 1951. In 1960, the 48th Fighter Wing was transferred to RAF in 1952. However, it is currently assigned to the 67th Bomb Wing, which is a civil parish in West Suffolk. The 301st Bomb Wing based in the city of Bury St Edmunds and the 97th Bomb Wing also has a presence in the region.

The 48th Fighter Wing consists of 1,200 US service members and is known for its Liberty Wing. There are many other organizations at the base, but it is home to a number of different agencies. In 1950, the base hosted 33 bombing squadrons. It was located next to the post office. In the year of the establishment, the RAF returned to Lakenheath. The Liberty Wing, or the ‘Light’, was the first to be activated on the site.

The RAF Lakenheath is the home of the 3910th Bomber Command. Its headquarters were located at RAF Lakenheath in Lancashire, United Kingdom. It was the only operational RAF base at the time. It was abandoned in the late 1940s and was not used again. This was the end of the British military base and the RAF, which no longer existed.

The RAF Lakenheath reopened in the spring of 1947. The station was part of the No. 3 Group. It had two squadrons of F-15E and one squadron of F-15C aircraft. During World War II, the station was under care and maintenance status. After the war, a top secret memo from the Air Ministry stated that the RAF had to be prepared to receive a B-29 group of 750 personnel and 30 aircraft.