When You Need a Defense Attorneys in Naval Air Station Norfolk

We have successfully gone to bat for and cleared American US service members stationed around the world. View our case outcomes with different criminal defense attorneys. For many years our defense attorneys eagerly fight for Norfolk US service members charged with sexual offenses, robbery, Manslaughter – Article 119, UCMJ, Sexual Assault of a Child, Accessory After the Fact – Article 78, UCMJ, or Straggling – Article 134, UCMJ. We also defend against other offenses under the Uniformed Code of Military Justice.

Whether you are dealing with a trial for Sex crimes, Murder– Article 118, UCMJ, Indecent Viewing, Indecent Recording, or Broadcasting/Distribution of an Indecent Recording, White Collar Crimes, or Kidnapping – 125, UCMJ our court-martial defense counsel’s court-martial outcomes should be compared with other defense attorneys. Our criminal defense lawyers maintain lighter caseloads than the average delegated military attorney so that we can concentrate on each trial on an individual basis. Your case will not be outsourced to a random attorney, and we will not power you into taking a dive at the last minute. Our court martial defense counsel has successfully defended trials and administrative separation proceedings in the US and worldwide.

Our firm’s other founding lawyer, Michael Waddington, graduated from Temple Law in Philadelphia, PA, and is a current member of the American Board of Criminal Lawyers, one of the most honored legal organizations of some of the most experienced defense lawyers in the world.

In addition, some of Michael Waddington’s cases were made into documentary films, such as “The Kill Team.” He also commonly instructs military and civilian counsel on closings. Finally, our experienced Naval Air Station Norfolk hard-hitting military criminal defense attorneys will use our training to fight your court-martial or administrative separation case at Norfolk.

Military service members living at Norfolk need experienced military criminal defense attorneys to defend them at their court-martial proceeding or administrative separation (ADSEP) board. If you or a family member are stationed at Naval Air Station Norfolk and are suspected of a military offense such as Sexual assault, Aggravated Assault, Rape of a Child under Article 120b, Attempts, or Communicating Threats – Article 115, we can help.

The base was landed and dredged to build new buildings, docks, runways, hangars, and ramps for the large ships and aircraft operated by the Navy during World War II. In addition, the development of the base added a pier, aviation facilities, warehouses, fuel depots, a recruiting and training station, a submarine base, and a recreation area for marines.

In March 1946, the Chief of Naval Operations ordered Commander of the 5th Marine District, Nob, and Norfolk (NAS Norfolk) to be placed as separate entities under the command of Commander of a Naval Base, and the title was changed from Commander, Navy Region Mid-Atlantic.

NS Norfolk Base was one of the few countries that proposed a new base at Jamestown. In April 1917, the Secretary of the Navy passed a law to purchase 474 acres of land for a naval base. However, instead of putting money into construction through a challenging process, the authorities considered buying new ships more important than developing a new base. 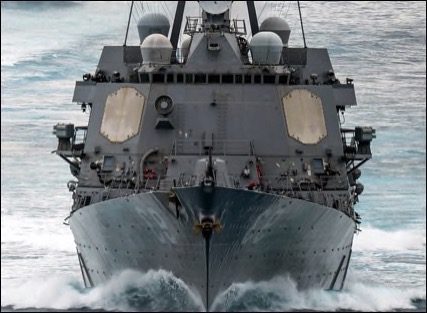 When the Second World War began in Europe in 1939, life at the base started. On July 15th, 2021, the Norfolk Allied Joint Force Command declared its full operational capability and celebrated the occasion with a ceremony held by its Commander, Vice Admiral Andrew Lewis. Norfolk Joint Forces Command reached full operational capability (FOC) and had a ceremony at 10 am on Thursday to celebrate the milestone.

It is also an essential base for the US Atlantic Command, the US Atlantic Fleet, and other naval forces operating in the Atlantic, Mediterranean, and Indian Oceans. The new command will provide the United States with a leading joint multinational command to support components of allies and partner command for the North Atlantic and the High North. It was part of the Allied Command’s operational structure, the Navy said.

Norfolk Naval Station is a US Navy base in Norfolk, Virginia, the United States Naval Fleet Forces Command’s headquarters and home port. It is the base that supports the readiness of the US Atlantic Fleet and is home to the Navy’s largest concentration of naval forces. In addition, the station houses several military Sealift command ships and submarines for the Atlantic Fleet.

Norfolk Naval Station is the world’s most extensive naval base and the most significant concentration of United States forces with 75 ships, 14 piers, 134 aircraft, and 11 aircraft hangars from Chambers Field. It houses 75 ships and 134 aircraft in support of the US Atlantic Fleet. The Norfolk Naval Station (NS Norfolk) is the second-largest concentration of US Navy forces.

Dean Vanderley, chief technology officer for much of the East Coast Naval ships, stands in front of one of the four double-decker piers at the base. The pillars need to be replaced because they increase supply lines and the risk of flooding.

Norfolk is vulnerable to rising seas that threaten hundreds of other US military bases around the world. The military is assessing the threat to its more than 7,000 bases and other sites. The Vision 2100 document describes how Norfolk should be adapted in the next century by dividing the city into four areas: a high-risk and high-value red zone including the downtown and the naval base, where expensive repairs such as dams are needed.

About 3,000 ships come and go from the base each year, so the activity is enormous. At the same time, it is a US naval base with a large number of soldiers. The New Atlantic Command in Norfolk is one of three primary joint operational commands under Supreme Allied Commander Europe and the only NATO operational command in North America. The other two existing joint commandos are in Brunssum in the Netherlands and Naples in Italy.

The Uniform Code of Military Justice forms the backbone of the military’s legal system. It applies to all active duty, national guard and reserves, and retired armed forces personnel across all branches. If you or someone close to you has been charged with a crime under the UCMJ, you must turn to military defense lawyers for help right away. Find a determined military counsel . As a former member of the US Army’s Judge Advocate General’s Corps (JAG), relentless civilian military defense counsel, Michael Waddington has a proven track record of helping the Norfolk sailors in disciplinary and administrative matters.

Our military criminal defense counsel at Gonzalez & Waddington will arrange free counseling to discuss your allegations in detail and explain how they will fight your case, which is different from most military attorneys. Use the contact form contact our fierce civilian defense attorneys at Gonzalez & Waddington for legal advice. Call to speak to our unyielding military counsel .