The United States Naval Expeditionary Base in Djibouti, also known as Camp Lemonnier, is operated by the US Navy Region Europe, Africa, and Southwest Asia and has been one of the centers and primary bases in Africa. The US Naval has been using the camp to carry out counter-terrorism campaigns, humanitarian and demining efforts ever since the successful negotiations between the US Embassy officials and the Djiboutian government in 2001. Aside from using the base for the support of Operation Enduring Freedom – Horn of Africa (OEF-HOA), the agreement also allows the use of the nearby airport, the Djibouti-Ambouli International Airport, and port facilities.

region taking cue after the September 11, 2001 attacks. The Combined Joint Task Force-Horn of Africa was established in 2002 as the US government decided to fight extremism through working and cooperating with the local government and the populace. It has since become responsible for conducting operations that aim for stability in the region. 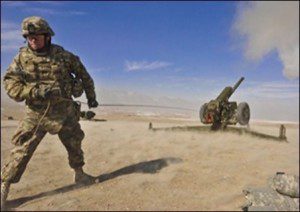 Our team of military defense attorneys is qualified to aggressively defend and represent clients in the Army, Navy, Marine Corps, and the Coast Guard. We specialize in the following legal services: