When You Need a Court Martial Lawyer in Sector Key West, FL

Our military criminal defense lawyers have successfully defended military servicemembers around the world.

The experienced military defense lawyers at Gonzalez & Waddington have developed a reputation for representing service members at Army, Navy, Marine Corps, Navy, and Coast Guard installations worldwide. If you are stationed in Sector Key West, FL, and are under investigation for a military crime, then retaining the most experienced court-martial defense lawyer can be the difference between having your rights trampled versus winning your case or redeeming your career. Our military defense lawyers represent Sector Key West, FL military personnel in both UCMJ and administrative matters to include representing military service members suspect of sex assault, theft, and other crimes under the UCMJ.

This film is a great example of why you should retain the best criminal defense lawyers that you can find.

Unlike most civilian defense lawyers or your assigned military attorney, pleading guilty is not something we commonly recommend. Our firm make the military to prove their case. We take nearly every case to trial and fight the allegations in front of a jury.

Our military court-martial results speak for themselves. The suspected service member and his or her well-being is our principal concern. Our defense attorneys maintain lighter caseloads than the average appointed military defense attorney so that we can focus on every trial separately. Your case will not be delegated to a third party and we will not power you into pleading guilty at the eleventh hour. Our military defense lawyers have fought military court-martial and ADSEP cases in the United States and globally.

Our experienced court-martial defense attorneys will use our history to defend your court-martial or ADSEP case in Sector Key West, FL.

Military service members working in Sector Key West, FL deserve the best military defense lawyers possible to defend them at their court-martial or ADSEP board.

If you or a loved one are stationed in Sector Key West, FL and are accused of a UCMJ offense such as sexual assault or if you are confronted with an administrative separation, Article 15, elimination board, letter of reprimand, then contact our court-martial defense lawyers now. 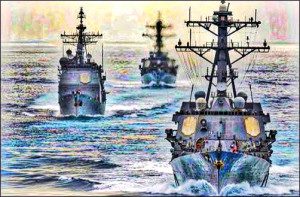 The military can be a difficult place to be, and that is especially true if you are in a situation where you need to go to court. The martial court system is very different than the civilian court system, which means that you need a different type of lawyer in order to be able to get through your trial successfully. If you have been searching for a lawyer that can represent you at Sector Key West, then start your search with Michael Waddington. A retired serviceman who has devoted his life to help defend those who have served the country, Waddington is known for his aggressive style and his ability to provide a strong defense for any case.

Sector Key West was started by one ship, named Florida, that came into port in 1824 to begin its work for the Customs Collector in Key West. The crew was tasked with collecting tariffs, preventing smuggling, rescuing those in distress on the sea, and chasing pirates who were a huge problem for this important shipping area.

Services at Key West expanded greatly during Prohibition and grew, even more, when the Lighthouse Service was merged with the Coast Guard in 1939. It was at that time, the beginnings of World War II, that the Coast Guard started focusing on humanitarian rescue missions saving people and giving aircraft and ships alike a place to come and go from during military service.
There were a number of small installations throughout this region until August 2004, when a merger helped them to all join together under one commander. That is when Sector Key West came to be, and it is still doing all of the work that it always did. 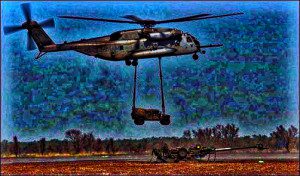 There are currently a number of different vessels and vehicles that work out of Sector Key West. The command has eight crews of two people, two patrol boats, and three stations for those boats. Those who are stationed there are involved with navigation assistance, search and rescue, security operations, inspections, and other various needs that may come up in this region. To this day, they also prevent the smuggling of drugs and other illegal contraband in and out of the United States. The area which Sector Key West keeps track of is over 50,000 square miles in size and reaches right to the border waters of Cuba and the Bahamas.

Our Military is On Our Mind

If you are currently working at Sector Key West, and you are looking for someone that can defend you when it comes to your case, then Michael Waddington can give you the help that you’re looking for. With a number of years of experience and extensive knowledge about various areas of law, specifically law within the military, you can trust that you’re going to get the advice and help you need in order to get through your case. Learn more by contacting us today.