When You Need a Court Martial Lawyer in Cheyenne, WY

The experienced criminal defense attorneys at Gonzalez & Waddington have developed a reputation for defending military service members at military installations worldwide. If you are stationed in Cheyenne, WY and are accused of a military offense, then having the most aggressive military attorney can be the difference between having your rights trampled versus winning your case or saving your career. Our court martial lawyers defend Cheyenne, WY military service members in both criminal and administrative matters to include representing military personnel suspected of sex assault, adultery, BAH fraud, and other offenses under the UCMJ.

This video is a excellent example of why you should retain the best military defense lawyers possible.

Unlike the majority of civilian military criminal defense attorneys or your free military lawyer, pleading guilty is not something we do often. Our lawyers force the military to prove their case. We take just about every case to trial and fight the allegations in front of a jury.

Military personnel stationed in Cheyenne, WY deserve the best court martial lawyers available to represent them at their court martial or administrative separation board.

If you or a family member are stationed in Cheyenne, WY and are suspected of a military crime such as sex assault or if you are confronted with an admin separation, NJP, elimination board, reprimand, then contact our court martial attorneys now.

The city of Cheyenne is located in Laramie County in the state of Wyoming. It is at the same time the most populated city in the county and the one that serves the function of the county seat. It is a part of the Metropolitan Statistical Area that consists of all the cities that fall under the jurisdiction of Laramie County. According to the 2010 Census, Cheyenne has a population of over 59,000 people, and that number is growing at a fast pace. It is why the city has also been included in the Front Range Urban Corridor, an area with a population of over four million people.

The city of Cheyenne is situated in the southeast part of the state of Wyoming, and is known for being one of the few capitals that aren’t centrally located. The US Census Bureau has estimated the city grounds to stretch over a total of 24.63 square miles, 24.52 square miles of which is land, and only 0.11 is covered in water. The population of the city is mainly white, but there is also around 12% of African Americans, Asians and Native Americans. The city lies at an elevation of approximately 6,000 feet above sea level. As for the weather, the climate that is characteristic of the city of Cheyenne is semi-arid. This means that the winters are cold and relatively long, while the summers are warm and sunny. There is not much rainfall during the colder months of the year.

The city of Cheyenne is located in the former Dakota territory. It was General Grenville Dodge who, in 1867, discovered the land and started building a settlement on it. The settlement was then named after the Cheyenne nation, one of the largest Great Plains tribes that were closely connected with the Arapaho. Soon after the establishment of the city began the building of the railroad, which brought many new inhabitants to the area, and made the city bustle with life. That same year, the city of Cheyenne got its first military base, namely, Fort Russell. It wasn’t until 1920 that the first regional airport was built. At first it served as a mere airmail stop, but it was soon transformed into a civil-military post that was home to many military aircrafts. 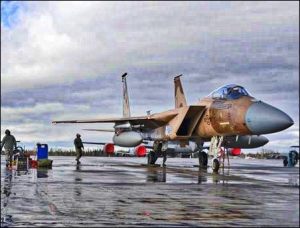 Among the biggest employers in the city of Cheyenne, the government is the strongest. There are numerous municipal offices in the downtown Cheyenne, and they employ a lot of its inhabitants. Apart from the government, other major employers include the railroad system and the military base. There are two railroads operating within the grounds of the city, namely, Union Pacific and Burlington Northern Santa Fe. The city has been undergoing an economic diversification process, all thanks to Cheyenne Leads, an economic development agency. They have been taking advantage of the city’s high elevation by developing the wind energy industry. Cheyenne is also the headquarters of Great Lakes Airlines, Green House Data and Taco John’s.

Located around three miles to the west of the city of Cheyenne, the Francis Warren Air Force Base is a US military installation, and one of the major strategic missile bases in the whole of the US. It got its name after Frances Warren, and was established in 1867, which makes it the US Air Force’s oldest installation. The base is now home to many different units and aircrafts, including the 90th Missile Wing. The Air Force is currently commanded by Tracey Hayes, and has a population of over 3,000 people, according to the census conducted by the US Census Bureau in 2010.