Cities in Texas where our military defense attorneys represent service members at court martial and in administrative separations:

Fort Bliss is a US Army installation located adjacent to El Paso, Texas, covering the Doña Ana and Otero counties of New Mexico. Built in 1849 and encompassing 1,700 square miles, it is recognized as the second largest installation of the US Army, with the largest being the White Sands Missile Range.

It is part of the Army Force Command and is operated by the US Army Training and Doctrine Command. Fort Bliss is home to the US 1st Armored Division, the 32d Army Air and Missile Defense Command, the 11th Air Defense Artillery Brigades, the 212th Fires Brigade, the 204th Mechanized Infantry Battalion, Joint Task Force Six, and the German Air Force Air Defense Center. Fort Bliss is also tasked with training and ensuring the continued operability of the US Patriot Missile Battalions.

Fort Hood is a military installation located in Killeen, Texas. At three hundred and forty square miles, Fort Hood remains to be the largest active duty armored post in the US Army. It is also the only post in the US that can support two armored divisions at full strength. At present, Fort Hood is home to the 1st Cavalry Division, 4th Infantry Division, Headquarters Command of the III Corps, 3d Personnel Group, 3d Signal Brigade, 13th Corps Support Command, 13th Finance Group, 89th Military Police Brigade, 504th Military Intelligence Brigade, 21st Cavalry Brigade, as well as a multitude of support commands. On November 5 2009, a fatal shooting took place in Fort Hood which claimed the lives of 13 people and wounded 30 more.

Fort Sam Houston is a US Army installation located in San Antonio, Texas and named in honor of the first president of the Republic of Texas, Sam Houston. It has the primary mission of providing medical training for different Army units and serving as a support post. It is home to the Headquarters of the US 5th Army, the US army 5th Recruiting Brigade, the Brooke Army Medical Center, the Institute of Surgical Research, the US Army Medical Department Center and School, the US Army Center Brigade, and the US Army Medical Command. Because it traces its history to its establishment in the year 1876 continuing until its role at present, it has been added to the National Register of Historic Places on May 15, 1975.

Red Rived Army Depot (RRAD) has been the target of Base Realignment and Closure reviews for the past couple decades, but each time it has remained opened due to its proximity to nearby Fort Hood and its important roles in wars of the moment. In response to each closure or realignment recommendation RRAD has upped its efficiency and today is one of the most efficient depots. The Depot is one of the largest, if not the largest, employers in the area. It encloses eight million square feet.

Brooks AFB, now known as Brooks City-Base, is a former Air Force Base now owned by the City of San Antonio, Texas. It was built in 1918 and is now home to the 311th Human Systems Wing, as well as dozens more support units. Brooks is one of the oldest Air Force installations, having been established on December 8, 1917 as Brooks Field.

It served then as an installation for the World War I Army Air Service. Brooks was originally named Gosport Field just 3 days before adopting the name Brooks Field. Brooks was handed over to the Brooks Development Authority due to the Base Realignment and Closure commission’s orders in 2002. It was renamed Brooks City-Base. The present owner is tasked with developing the property into a science, business, and a technology center.

Dyess AFB was originally named Abilene Army Air Base but later adopted the present name. The name is in honor of Lieutenant Colonel William Dyess, a Bataan Death March survivor. The base has a work force of about 5,000 people. It has almost 200 facilities and 988 family housing units in 6,117 acres.

Goodfellow AFB is operated by the Air Education and Training Command and located in San Angelo, Texas. It was built in the 1940s and is now home to the 17th Training Wing of the Second Air Force. The base has the mission of providing intelligence and cryptologic training for elements of the Air Force, Army, Navy, and Marine Corps of the US and in some occasions, its allies.

Goodfellow AFB includes 150 buildings of 1.2 million square feet and more than 4,400 computers sprawled across the 1,137 acre facility. The huge number of computers is due to the importance of state-of-the-art computer-based teaching and instructions.

Lackland is now under Joint Base San Antonio. The facility once shared the entry processing station process for the Air Force with the Amarillo Air Force Base before the latter’s closure in 1968. Now Lackland acts as one of the major boot camps for the Air Force. After Kelly Field Annex’s transfer to the Lackland Air Force Base command, the base has grown with the inclusion of the Kelly airstrip, Security Hill, the main Lackland base, and the old officer training base.

Laughlin AFB is a military base in Val Verde County, near Del Rio, Texas. The base was established as Laughlin Army Air Field on 1943 in honor of Jack T. Laughlin, Del Rios first casualty of World War II. The field was renamed Laughlin Field later that year, and was designated as an Army Air Force Auxiliary Field.

Laughlin AFB is home to the 47th Flying Training Wing and the largest pilot training base in the air force. The airfield handles the most takeoffs and landings among all airports in the US.

Randolph Air Force Base is located in Universal City, Texas. It was established in June 20, 1930 as a flight training base and is still continuing that mission.

The base is home to the 12th Flying Training Wing, considered to be the major flying unit of Randolph Air Force Base. Randolph AFB houses 10,000 military and civilian personnel who live in the communities encompassing the base known as the Randolph Metrocom. The base has a work force of 5,700 active-duty personnel and 6500 civilians. The base is the headquarters of the US Air Force Education and Training Command.

Sheppard Air Force Base and Wichita Falls Municipal Airport share a single runway under a joint-user agreement. Sadly, Air Force restructuring and downsizing in February 1992 caused a realignment and renumbering of units in the base. Some of the original training wings were reassigned as groups, with other technical training groups reassigned into squadrons.

Naval Air Station Corpus Christi is a US Navy air base located in Corpus Christi, Nueces County, Texas. Corpus Christi Air Station is home to the Corpus Christi Army Depot, the Chief of Naval Air Training, elements of the US Coast Guard, elements of the Drug Enforcement Agency, a Medical Naval Hospital, the Mine Warfare Command, and the Defense Distribution Depot. The air station is tasked with maintaining and operating its facilities, and providing services and materials to support US Navy aviation operations and the units of the Naval Training Command. The emphasis in flight training in Corpus Christi is basic flight maneuvering and traffic pattern operations. This has resulted to 400,000 sorties flown from the air station annually.

Naval Station Ingleside is a military base in Ingleside, Texas, right next to the Coastal Bend Region that encompasses Corpus Christi Bay. It is one of the newest bases of the US Navy. Naval Station Ingleside was originally intended as the homeport of the USS Lexington and the USS Wisconsin together with its surface action group. However, the Navy decided to decommission these ships. In line with this, the Secretary of the Navy assigned Naval Station Ingleside as the home port for the Avenger Class mine countermeasure ships and Osprey Class coastal Mine Hunters. Because of this, the base is now designated as the Mine Warfare Center of Excellence by the US Navy.

Texas, nicknamed ‘ Lone Star State’ is one of the constituent states of the great nation of the United States of America. This beautiful state occupies the country’s south-central region. Texas is the second largest state in the USA, first being Alaska. The capital of Texas is Austin, consisting 254 counties and 1216 cities.

Texas consists of numerous large regions. In the southeast, it consists of densely populated and highly fertile Coastal Plains, whereas, in the western and northwestern regions, it consists of mountains. These plains end at a place called Balcon Escarpment. This land is an earthquake prone region and extends from the Hill Country of Texas to the Central Plains in the north and the Edwards Plateau in the south. The population of Texas is quite diverse with43.5% Anglo people and12.5% black. 38.6% are Hispanic and 4.5% are Asian. 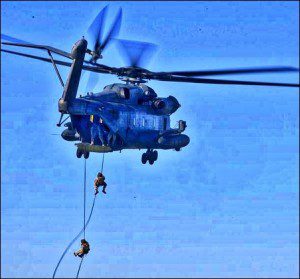 Spanish explorers visited these regions in the sixteenth and seventeenth centuries and settled at Ysleta, which is near El Pasto in the year 1682. In 1685, Robert Cavalier established a French colony, at the Matagorda Bay. In 1821, Americans began to settle near Brazos River. During this time, Mexico controlled Texas. After a brief war between the Mexican government and American settlers, Texas became independent.

Alamo, a white stone chapel in San Antonio, It is a site where the fight for freedom from Mexico took place.
Equally popular is the Dallas World Aquarium, which features numerous endangered species of animals, and information about ecological conservation.. An exact replica of the rainforests of the Orinoco, with views of the sea world and the rainforests is also a popular tourist spot here.

Third is Space Center in Houston. People who are interested in the space program of America must visit Space center in Houston. This place provides a view of a huge range of equipment and spacecraft that were used in the American Space program. Another place which is worth visiting is Moody gardens. The gardens are divided into three pyramids. One is Aquarium pyramid, which contains seals, sharks and penguins. Second is Rainforest Pyramid that contains the diverse plants and animals, found in the ecosystem of rainforests.
Galveston Island and Padre Island National Seashore are also prominent places, offering major tourist attractions like watching exotic birds, hiking, camping and biking. 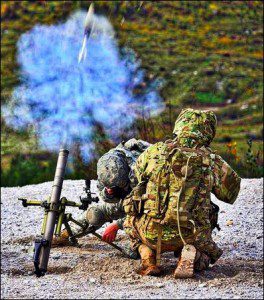 The Military Department of Texas consists of three branches of the military in Texas. These are the Texas State Guard, the Texas Air National guard, and the Texas Army National Guard. The Adjutant General is appointed by Texas’ Governor and is under Governor’s command.

149th Fighter Wing has its headquarters in San Antonio. It is on Lackland Air Force Base. It houses F16 Pilots. The 204th Squadron is the only unit of the security forces in the Air National Guard.

It is present at Biggs Army Airfield, El Paso. Various pilots of this section are being assigned to duties in places like Africa, Southeast Asia, and Central Asia after the 9/11 attack on America. The 254th Combat Communications Group is located at the Hensley field in Dallas.

It provides combat support, information management, C4 computer systems and global command control. Its primary mission is to give engineers and planning to Combat Squadrons, which in turn provide high-frequency satellite, radio and telephone communications to US Air Force. The 272d Engineering Squadron has its headquarters in La Porte and provides installation of control, computers, and communications and intelligence systems.