When You Need a Court Martial Lawyer in Schenectady, NY

The experienced military defense attorneys at Gonzalez & Waddington have earned a reputation for defending military members at military installations worldwide. If you are stationed in Schenectady, NY and are suspected of a military offense, then hiring the most aggressive court martial attorney can be the difference between losing your case versus winning your case or saving your career. Our defense lawyers represent Schenectady, NY military service members in both criminal and administrative matters to include representing military personnel accused of sexual assault, theft, and other offenses under the UCMJ.

This video is a perfect example of why you need to hire the best military attorneys that you can find.

Unlike most civilian court martial defense lawyers or your assigned military law[yer, pleading guilty is not something we do often. When we are hired, we compel the military to prove their case. We take almost every criminal case to trial and fight the allegations in front of a jury.

Our military court martial victories speak for themselves. The accused service member and his or her future is our principal concern. Our court martial defense attorneys maintain lighter caseloads than the usual free defense attorney so that we can concentrate on each trial separately. Your trial will not be outsourced to a third party and we will not push you into a guilty plea at the last minute. Our military attorneys have successfully defended military court martial and administrative separation cases in the United States and globally.

Our aggressive court martial defense lawyers will use our history to defend your court martial or administrative separation (ADSEP) case in Schenectady, NY.

If you or a family member are stationed in Schenectady, NY and are accused of a UCMJ offense such as sex assault or if you are facing an admin separation, Article 15, show cause board, letter of reprimand, then contact our military attorneys now. 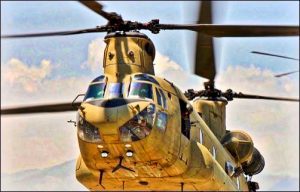 Schenectady is a city in New York’s Schenectady County. The city has derived its name from the word skahn-htati, which means ‘beyond the pines’. As per the 2010 census, Schenectady had a population of 66,135. Via the Mohawk River and Erie Canal, the city of Schenectady is linked to the west which has helped the city to emerge as a crucial part of the Mohawk Valley trade. It was by the year 1824 that greater number of people was found to work in the manufacturing sector rather than agriculture and trade. It was through the 19th century that the city was seen to develop nationally acclaimed industries and companies which included the famous General Electric and American Locomotive Company (ALCO).

As per the United States Census Bureau, Schenectady has a total area of 11.0 square miles, of which 10.9 square miles is land and 0.1 square miles of it is water. Schenectady is a part of the Capital District. Just like Troy and Albany, it is one of the major industrial hubs of this area.

“The City that Lights and Hauls the World” is the name by which Schenectady was known for being a prominent manufacturing center having two renowned businesses, namely American Locomotive Company (ALCO) and the Edison Electric Company, later known by the name General Electric. The city is known for having long list of highlights.
Built in 1926, the Proctors Theatre is a famous center for arts. A Wurlitzer theater pipe organ by the name ‘Goldie’ has its home in Proctors Theatre. Three theaters, namely Main stage, the GE Theatre, and 440 Upstairs are there in Proctors Theatre.

The Schenectady County Historical Society is famous for having a Grems-Doolittle research library and also a History Museum. Between the years 1915 and 1957, it was used by GE Women’s Club. The museum narrates the historical saga of Schenectady. The library is loaded with books, photographs and papers.

The highest elevation point in the city of Schenectady is occupied by the Central Park. The park has become famous especially for the rose garden and Iroquois Lake.

Schenectady Light Opera Company (SLOC) is the name of theater group and is worth a visit.

Vale Cemetery has been listed in the National Register among the Historic Places and includes more than 30,000 burials of the eminent and the common residents of the city. The historically famous African-American Burying Ground is included here. 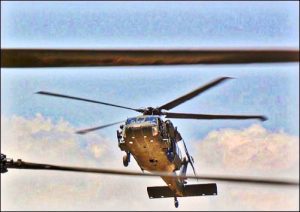 On the eastern side of the Schenectady County Airport which lies two miles towards the north of the City of Schenectady one would find Stratton Air National Guard Base, which is home to the 109th Airlift Wing. The base contains as many as 39 buildings which amount to almost 353,000 sq feet and occupy 122.21 acres of land. The number of full-time personnel on the base is 526; however, once a month drill weekend rush numbers in 1268 personnel. This Stratton Air National Guard Base has derived its name from Sam Stratton, the conservative Democratic US Representative who was the representative of the Albany area. Rep. Samuel Stratton has been famous for putting a rider on the House Appropriations bill permitting women in the military. At the Airport, the Empire State Aero sciences Museum is situated which is a co-sponsor of the Schenectady County Air show celebrated annually on the first weekend post Labor Day. Occupying nine buildings covering an area of twenty-seven acres of land, the museum stands as a prominent structure. It was during the World War II that the General Electric Company carried out tests on some of the ancient engines of jets and electronic surveillance devices in this particular site.