Cities in New Jersey where our military defense attorneys represent service members at court martial and in administrative separations:

Fort Dix is a US Army installation located across a huge area encompassing the Townships of New Hanover, Pemberton, and Springfield, in Burlington County, New Jersey. It was built in 1918 and named in honor of Major General John Adams Dix, who served in the War of 1812 and the Civil War. Fort Dix was one of the first bases to fall to the Base Realignment and Closure Commission in 1988. This cost the base its basic training mission. Nevertheless, the base has attracted army reservists that helped develop the post into a 31,000 acre training center. At present, Fort Dix employs 3,000 personnel to accommodate the at least 15,000 soldiers who hold training in the post every weekend. Since the September 2001 attacks, the post has served as a deployment area for troops sent to Afghanistan and Iraq.

Fort Monmouth was selected for closure in 2005 and by 2011 most of the Army personnel are required to moved to bases and installations in Maryland or Ohio. The base gained permanent status in 1925 and was named in honor of the soldiers who died in the Battle of Monmouth during the American Revolution. Julius Rosenberg had worked on base during WWII and was convicted of stealing plans and passing them to the Soviet Union. The soon nearing closure of the base is estimated by the DoD to cause the loss of about 10,000 jobs, but it will saved $1 billion. There have been challenges to these figures as other independent investigations have found the savings to be only $31 million.

Picatinny Arsenal has been used by the US Military since 1880. After the Civil War it became apparent that storage depots were needed further north because during the war Confederates had seized most of the ammunition depots, which were located in the south. Since that time Picatinny has served an ever increasingly important role in the storage of ammunition. Today it serves as the premier military base for guns and ammunition, thanks to Pentagon recommendations in 2005. Now the Arsenal is the center of most of the DoD’s research, development, and acquisition of guns and ammunition.

McGuire Air Force Base is operated by the Air Mobility Command and located in Wrightstown, New Jersey. It was built in 1937 and opened as Fort Dix Airport. In 1948, it acquired its present name after the Medal of Honor recipient and 2nd best Flying Ace of World War II, Major Thomas Buchanan McGuire, Jr.

It is home to the 87th Air Base Wing, the 305th Air Mobility Wing, the 514th Air Mobility Wing of the Air Force Command, and the 108th Air Refueling Wing of the New Jersey Air National Guard. The base operates C-17s, KC-10s, and C-135s. The base currently employs 1,500 civilians, 5,700 active duty military personnel, 3,000 Air Force Reserve members, and 1,500 Air National Guard personnel.

The LORAN Support Unit in New Jersey s a unit assigned to the operational and maintenance support of the Long Range Navigation System stations in the Western Coast of the US.

The LORAN system provides navigational data for ships and aircraft traveling around the world. The LSU New Jersey conducts regular checks and inspections of the stations to ensure that they are transmitting correctly. However, the US government has recently decided to favor the current Global Positioning System over LORA. Thus, there are now plans for the stations to be terminated and the support units reorganized.

Training Center Cape May, Cape May

The Coast Guard Training Center in Cape May, New Jersey is the main training center for all recruits coming into the US Coast Guard. Here, trainees are taught the basic courses needed for conducting Coast Guard operations, as well as specialized tasks that might be required. Aside from the main recruitment.

The Direct Entry Petty Officer Training Course, which aims to provide the Coast Guard with a highly capable team of petty officers works out of this base. Interested parties can sign up to become trainee by visiting their office at Cape May, or they can approach roving recruitment officers.

Naval Air Engineering Station Lakehurst, sometimes called Maxfield Field, is a Navy air base located in Lakehurst, Orange County, New Jersey. It is operated by the Naval Air Systems Command and is now part of the Joint Base McGuire-Dix-Lakehurst as of October 1, 2009. The station is the largest naval aviation installation in the northeast US and is home to the Naval Air Warfare Center Aircraft Division, which is the premier authority in Aircraft Launch and Recovery Equipment and Support Equipment.

This Division has the primary mission of assuring safe operations of expeditionary airfield as well as aircraft carrier-borne fixed wing and vertical wing aircraft. Naval Air Engineering Station Lakehurst is now the Aircraft Platform Interface expert of the Department of Defense particularly its lighter-than-air center.

Naval Weapons Station Earle is a military base located along the northern New Jersey shore right next to Sandy Hook Bay. It was commissioned on 1943 and named in honor of Rear Admiral Ralph Earle, who served as the Bureau of Ordnance chief during the First World War. The base has a Mainside facility encompassing 10,000 acres which houses a majority of Earle’s departments and facilities. The waterfront complex provides ammunition for all types of ships operated by the US Navy and Coast Guard. Its pier complex is considered one of the longest finger piers in the world. It has a length of 3 kilometers. The station is home to the Atlantic Ordnance Command, Detachment Earle, which oversees logistics and resupply operations to US ships.

The state is bounded by the New York City on the north and by the Atlantic Ocean on the east and on the south by Delaware and on the west by Pennsylvania. The capital city is Trenton. The largest city in the state is Newark. New Jersey experiences moderate climatic conditions such as cold winters and hot/warm summers. There are many museums, entertainment parks, concert halls and shores, which are popular tourist destinations. The nickname of New Jersey is “The Garden State”. 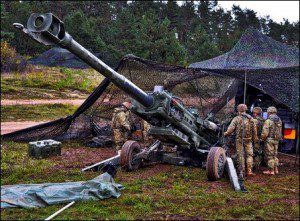 No matter what interest the visitor has, an adventure waits for people visiting the Garden state. They offer wide variety of activities at attractions and historical sites. It is packed with dozens and more fabulous destinations for 100 percent fun, excitement and entertainment. Dining experience in New Jersey favors multi-culinary experience with a wide array of great foods.

New Jersey is famous for its beaches. The state’s crown jewel covers 130 miles across the coast line with beaches that are presented as barrier islands with great scenic views. The state art museum welcomes visitors to explore the unique history and its collections. The special exhibitions and programs are conducted to explain the art collections. Culture celebrations are conducted by the museum that displays all form of arts photography, sculptures and much more. The popular museums are Newark Museum and Morris Museum. The wise way to transport across the state is by train, bus and ferry services. New Jersey is famous for various features like: rich culture; hospitable citizens; wonderful history; and world class attractions. 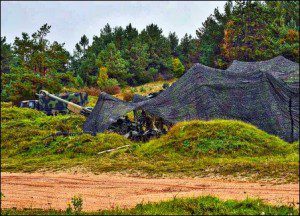 The New Jersey military bases are locates across the state as air force, army, coast guard and navy. There are about nine military bases in the state and is quite a big number when compared to the other US states of similar sizes.

McGuire Air force base is located in Hanover, New Jersey. It is situated 30kms away from the capital city. It is one of the twenty four bases that are directly governed by the United States government.