When You Need a Court Martial Lawyer in Savannah Georgia

Our court martial attorneys have successfully represented military service members around the world.

The experienced defense attorneys at Gonzalez & Waddington have gained a reputation for representing military service members at Army, Navy, Marine Corps, Navy, and Coast Guard installations worldwide. If you are stationed in Savannah GA and are under investigation for a military crime, then having the most hard-hitting military attorney can be the difference between going to jail versus winning your case or redeeming your career. Our military criminal defense lawyers represent Savannah GA military personnel in both criminal and administrative matters to include representing service members accused of sex assault, robbery, and other crimes under the UCMJ.

This film is a great example of why you need to hire the best court martial lawyers available.

Unlike most civilian military criminal defense lawyers or your assigned military attorney, pleading guilty is not something we commonly do. When our lawyers are retained, we compel the military to prove their case. We take almost every criminal case to trial and fight the allegations in front of a jury.

Our military court martial outcomes speak for themselves. The suspected military service member and his or her future is our primary concern. Our military defense lawyers keep smaller caseloads than the typically assigned military lawyer so that we can concentrate on each client individually. Your case will not be delegated to a random attorney and we will not force you into pleading guilty at the eleventh hour. Our military criminal defense lawyers have contested military court martial and administrative separation (ADSEP) cases in the United States and worldwide.

Our hard-hitting military attorneys will use our skills to defend your court martial or administrative separation (ADSEP) case in Savannah GA.

If you or a loved one are stationed in Savannah GA and are suspected of a UCMJ crime such as sexual assault or if you are dealing with an admin separation, Article 15, show cause board, reprimand, then contact our military attorneys now.

Chatham County seat is in Savannah, the oldest city in Georgia. The city is also one of the most important ports on the Atlantic Ocean. For the past couple of decades, the tourism in Savannah has been blooming. Every year more and more visitors come to see the town’s biggest attractions. The city is full of beautiful parks and amazing architecture, but it is also the city in which amazing Juliette Gordon Low was born. In 1996 when the summer Olympics were held, Savannah hosted a sailing competition. 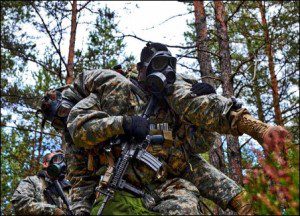 Savannah is some 20 miles from the Atlantic Ocean and is located on the Savannah River. 103.1 square miles of the city is land and only 5.6 square miles is water. It is Georgia’s largest port. Risks of flooding are high in Savannah. Because of that there are pumping stations and a few canals, all strategically placed to reduce the threat to minimum. The city has subtropical climate. Summers are very long and really hot. Snow falls very rarely, and winters in general are not very cold. During the summer the city experiences thunderstorms which are very intense. Because of the climate, there is a risk of hurricanes. But even though the risk exists, it is not as big as in some other cities. Around 1827, Savannah got its meteorological observation point for the first time. 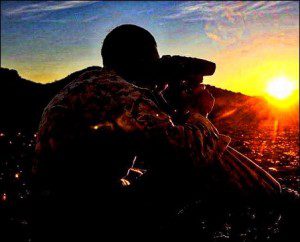 The first settlers came in 1733 along with General James Oglethorpe. The interpreter between the Indians and the settlers was Mary Musgrove, who was a trader at the time. The city was one of the most populous cities of the Confederacy. During the time of war, Union troops occupied the city, mostly thanks to the local leaders who didn’t want to see Savannah in ruins. The town got its name from the Savannah River. In 1751, the city was a royal colony, and in 1778 Savannah was overtaken by the British. It was hard for the united forces of the French and the Americans to take the city from the British. Savannah was under siege, and they tried everything to take it over. In the end, they failed, and there was peace again. One of the most important branches of industry in Savannah was agriculture. The city produced silk and indigo, from which many products were made. Amazing one tone of silk was made just for export. Most of the products were shipped off to England. One of the most prosperous cultures was cotton. Savannah had a big shipbuilding industry at the beginning of the 20th century. The name of the company was Savannah Machine & Foundry.

Manufacture, military, Port of Savannah and tourism are some of the biggest contributors to the budget of Savannah. Tourism is one of the branches that are growing really fast, employing more than 17,000 people. More than 12 million people come to visit Savannah each year. Because of all of those visitors, the city is constantly developing its infrastructure and transportation systems. The biggest paper mill in the world, which is located in Savannah, is one of the biggest employers in the city. Today, the mill is in the hands of International Paper. Gulfstream Aerospace headquarters are also situated in the city, and specialize in making private jets.

Near Savannah lies Hunter Army Airfield. The base runway is 11,375 feet long. Hunter army is connected with the local bases and is capable of transporting cargo as well as soldiers to almost anywhere. The base is considered to be of the highest quality, which is why it was appointed the alternative route for NASA in the case of emergency. The base has some 5,000 soldiers. Hunter was opened in 1929 thanks to the General Aviation Committee.